In three earlier hearings, a series of Trump advisers were shown saying they had warned him of the illegality of attempting to overturn Democrat Joe Biden's victory by persuading Pence to block a normally pro forma process.

A new round of hearings this week by the congressional committee probing the January 6, 2021 US Capitol riot promises further drama, with one member saying former vice president Mike Pence might be subpoenaed.

As the House select panel works to focus attention on what it says was an illegal scheme backed by Donald Trump to overturn the results of the 2020 elections, a new poll shows most Americans believe the former president should face charges.

In three earlier hearings, a series of Trump advisers were shown saying they had warned him of the illegality of attempting to overturn Democrat Joe Biden's victory by persuading Pence to block a normally pro forma process.

One committee member, Adam Schiff, told CNN on Sunday that subpoenaing Pence was "certainly a possibility," adding, "We're not excluding anyone or anything at this point."

Pence faced intense pressure from Trump to break with history and refuse on January 6 to formally certify Biden's victory.

But even after Trump supporters violently stormed the building, with some chanting "Hang Mike Pence," he refused to leave the complex and returned to the Senate chamber late at night to carry out the certification. 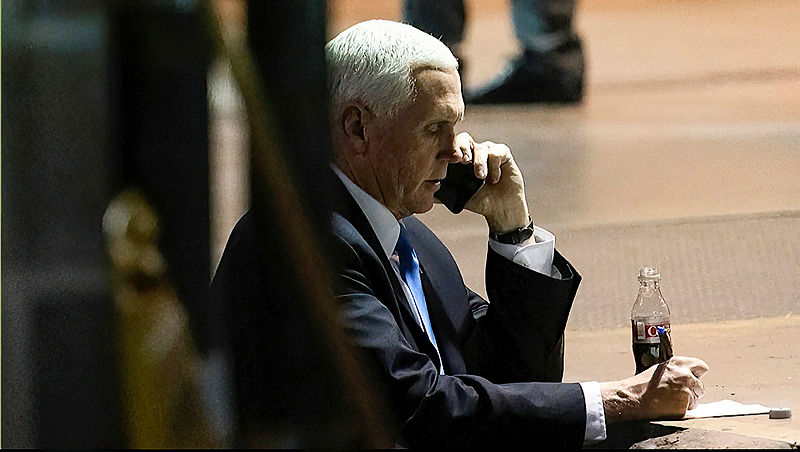 The committee would be keenly interested to hear from Pence exactly what pressure Trump placed on him in their private contacts. It is not clear how the former vice president might respond to a subpoena.

While the conservative Pence was never a favorite of Democrats, "on that day he was a hero for resisting all the pressure campaigns," Jamie Raskin, a committee member, told NBC's "Meet the Press."

"In a time of absolutely scandalous betrayal of people's oaths of office and crimes being committed all over the place, somebody who does their job and sticks to the law will stand out as a hero."

The committee, in hearings Tuesday and Thursday, will also explore "how a similar pressure campaign directed against state and local elections officials put their lives in danger."

Trump, in a taped call, famously called Georgia secretary of state Brad Raffensperger, a Republican, and asked him to "find" enough votes to overturn Biden's victory in that key Southern state.

Raffensperger, who refused to do so, is to be among the committee's witnesses this week. 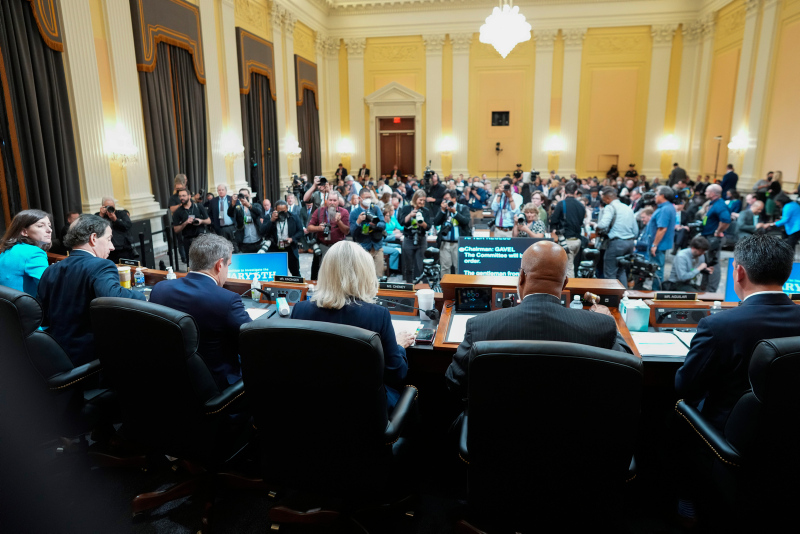 Raffensperger is among several election officials who have received anonymous death threats for refusing to alter vote outcomes in Trump's favor.

Committee member Adam Kinzinger -- one of two Republicans on the committee, and one of 10 who voted to convict Trump in his second impeachment trial -- said Sunday he had received a menacing message only days ago.

"It threatens to execute me, as well as my wife and 5-month-old child," he told ABC's "This Week."

Trump remains as divisive a political figure as ever, inspiring furious loyalty among followers and equally passionate disdain from his critics.

The public's division came through starkly in a new ABC News/Ipsos poll about the committee's work.

The poll, taken June 17 and 18, found that 58 percent of Americans believed Trump should be charged with a crime for his role in the January 6 events, up from 52 percent in April.

It also found that 60 percent of respondents believed the committee was conducting a fair and impartial inquiry, up substantially from 40 percent in April.

But while nearly all Democrats said Trump bore considerable responsibility for the January 6 riot, only a quarter of Republicans agreed.

And significantly, only nine percent of Americans said they were following the hearings very closely.