The ING All-Star 2020 game will take place in Sinan Erdem Sports Hall in Istanbul on Sunday.

The fans will donate caps, scarfs and gloves during the All-Star game in the sports hall for the children in need.

All the 1,500 tickets had already been sold out.

The All-Star game players are as follows: 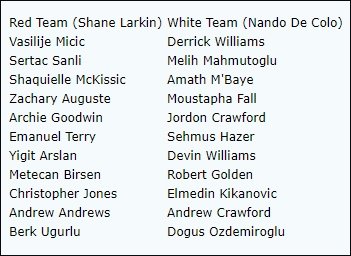