The desk beatings reverberated the packed Pakistani parliament on Friday as the parliamentarians got to their feet to greet the visiting Turkish president, in a rare show of honor.

They beat the desks in unison to greet Erdogan, who later addressed the joint session of the parliament for the record fourth time. 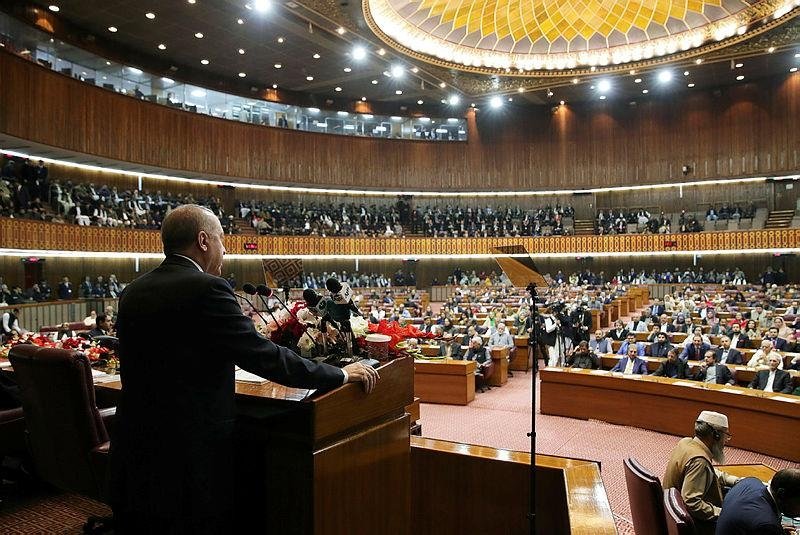 He was the 21st foreign dignitary visiting the Pakistani parliament, and the only one among them who addressed the joint sitting record four times. His address was broadcast live by all the state-run and private TV channels.

Guests, including the chiefs of the three armed forces, sitting in the visitors' galleries also got to their feet and clapped to welcome Erdoğan. 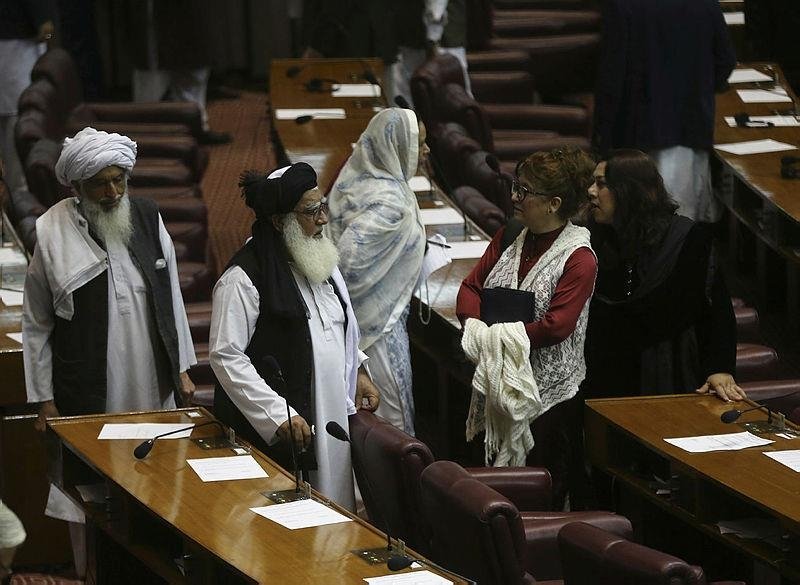 All the four provincial governors, chief ministers, Cabinet members, chiefs of the armed forces, President of Pakistani-administered Kashmir Masood Khan and its Prime Minister Raja Farooq Haider, foreign diplomats, and other dignitaries also attended the special session, which began with a Quran recitation.

National anthems of the two countries were played before Erdoğan's address.

- 'HISTORIC SPEECH'
In his welcoming address, Speaker Qaisar touched on several matters of mutual interest, and historical relations between the two nations.

"It is an honor for me to introduce to you [parliamentarians] a personality who is not only an old and true friend of Pakistan but the true leader of Muslim ummah," Qaisar said. 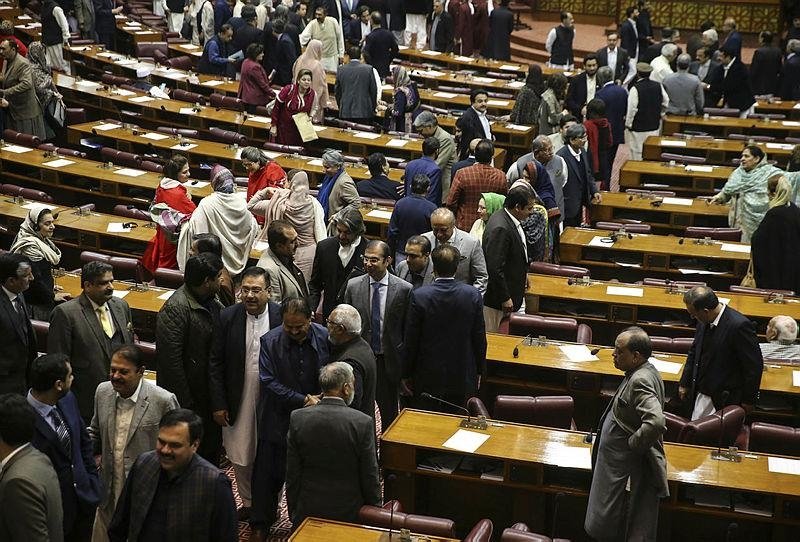 "This elected house, which represents 220 million people of Pakistan, welcomes you from the core of heart," he said adding: "Your visit is happening at a time when the Muslims around the world are facing serious challenges, including the growing trend of Islamophobia. We are eager to hear from you, especially how to tackle the changing world."

Tracing the history of Pakistan-Turkey relations, the speaker said: "Our forefathers [the Muslims of the sub-continent] vigorously supported Turkey's freedom war following the World War I. They gathered under the Khilafat Movement [1919 to 1924] to defend the interests of Turkey."

He also commented on Ankara's support for Islamabad after New Delhi scrapped the longstanding special status of disputed Jammu and Kashmir in last August. 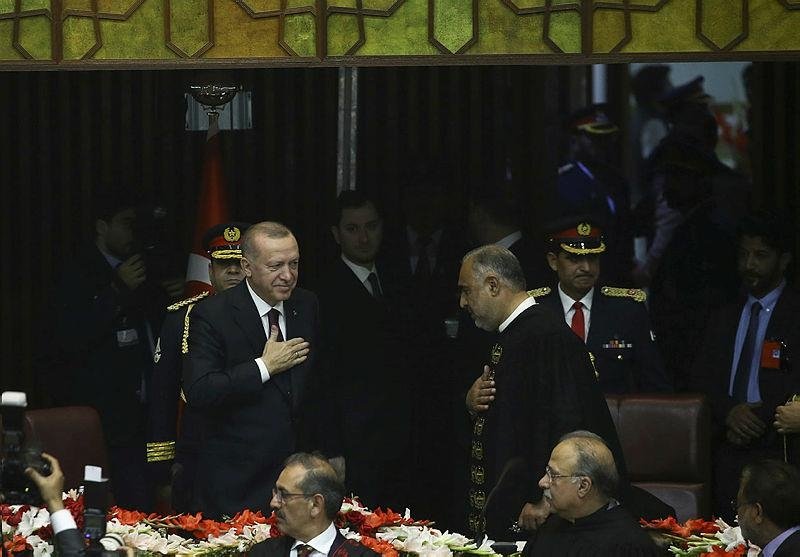 "There is only one [foreign] leader who has truly represented the feelings of Kashmiris in the world, and that's you," Qaisar said.

Senator Faisal Javed Khan from the ruling Pakistan Tehreek-e-Insaf party also praised Turkish leader's address at the joint session of parliament and thanked for his support to their country over the Kashmir issue.

Parliamentarians from all political parties attended the joint session and they warmly welcomed the Turkish president on his arrival at the parliament. 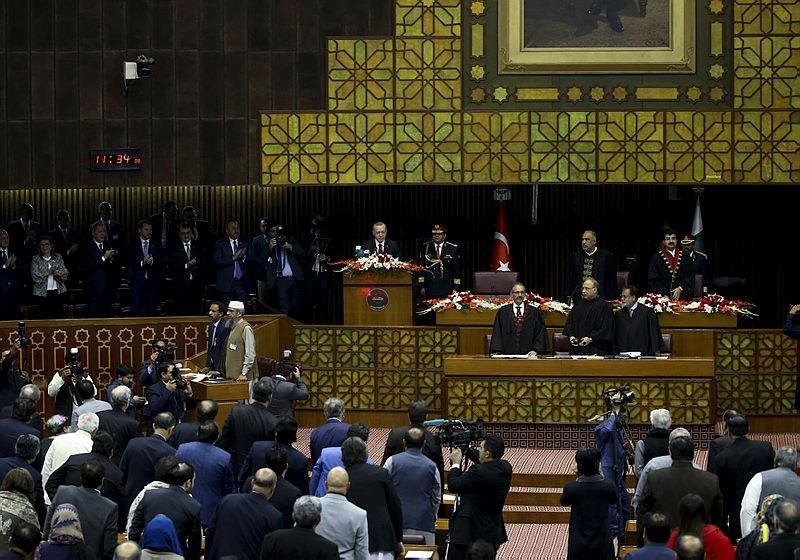 "That was the best speech and we felt his love for us. Turkey always stood behind us and today President Erdoğan reaffirmed his support for Pakistan," said Senator Sitara Ayaz from the Awami National Party.

"President Erdoğan made a tremendous speech who not only talked about the Muslim's issues but also give a guideline to the Muslim world in his speech and announced that his country would stand with the Muslims across the world," Senator Mushtaq Ahmad Khan from Jamaat-e-Islami Pakistan remarked.

Erdogan has the ability to lead the Muslim world and other Muslim leaders should join hands and follow him, he added. 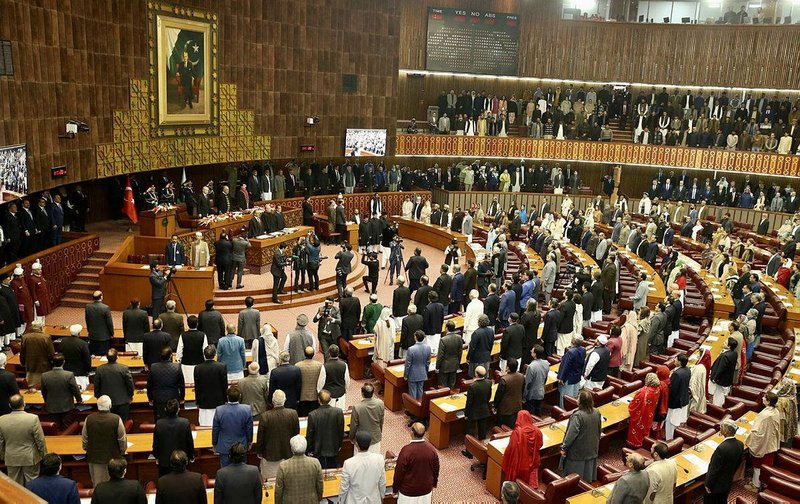 "I have never listen such a good speech, it was the best speech by any head of the state, he very briefly supported all the national interest of Pakistan," Senator Pervaiz Rashid from the Pakistan Muslim League said.

We all Pakistanis are thankful to Erdoğan for visiting here and addressing our parliament, he added.