Speaking to Anadolu Agency on Tuesday, as Russia's war on Ukraine entered its fourth month, Dmytro Kuleba said: "Ukraine's President Volodymyr Zelenskyy and President Recep Tayyip Erdoğan are two presidents who have proven to each other that they are trustworthy."

Turkey and Ukraine have a relationship based on trust, said Ukraine's foreign minister, also praising Turkey for working to mediate the ongoing war, which began on Feb. 24, and for taking action under the Montreux Convention to close the Turkish Straits to warships.

Speaking to Anadolu Agency on Tuesday, as Russia's war on Ukraine entered its fourth month, Dmytro Kuleba said: "Ukraine's President Volodymyr Zelenskyy and President Recep Tayyip Erdoğan are two presidents who have proven to each other that they are trustworthy."

"Relations between the two leaders are the basis of our bilateral relations," he added.

Stressing the importance of Ukraine's longstanding cooperation with Turkey, Kuleba said they place great importance on Turkey's mediation between Kyiv and Moscow.

Stressing how President Erdogan takes "consistent decisions," Kuleba said that these decisions are important for the security of the Black Sea. 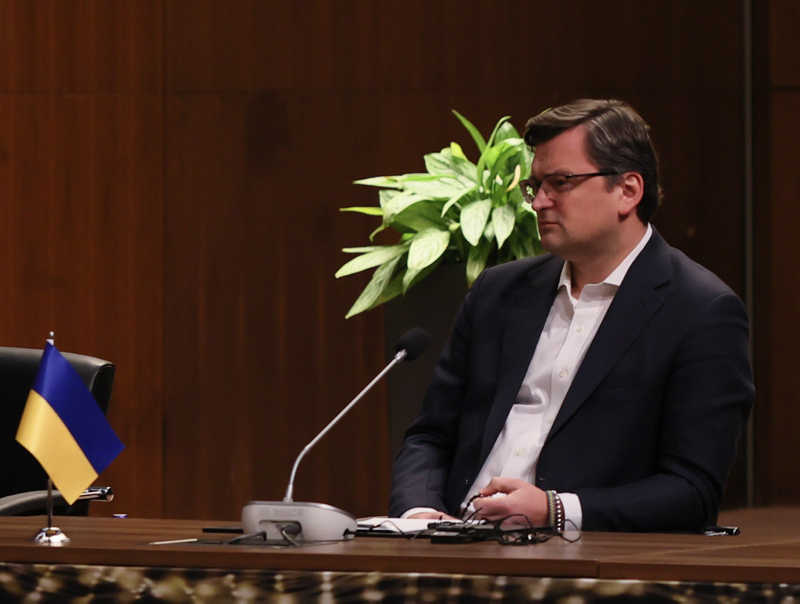 The first and the latest high-level meeting of the Ukrainian and Russian foreign ministers, Dmytro Kuleba and Sergey Lavrov, took place on March 10 on the sidelines of Turkey's Antalya Diplomacy Forum, while on March 29 negotiators from both countries met in Istanbul.

Ukraine has never refused to continue negotiations with Russia, Kuleba told Anadolu Agency, but added that they have refused to accept "Russian ultimatums."

"After the meeting in Istanbul, we saw that Russia continued to use the language of ultimatums and was not ready for a solution," he said.

"How can they talk about negotiations while launching a large-scale offensive operation in the Donbas region, where Europe's biggest war has been taking place since World War II?" he asked.

Russia has supported a separatist conflict in Donbas since 2014.

But Ukraine is ready for negotiations with Russia, stressed Kuleba.

"Russia should seek solutions based on mutual respect instead of ultimatums, show that it chooses diplomacy over war, and stop attacks," he said.

'RUSSIAN SOLDIERS HAVE TO LEAVE OUR LANDS COMPLETELY' 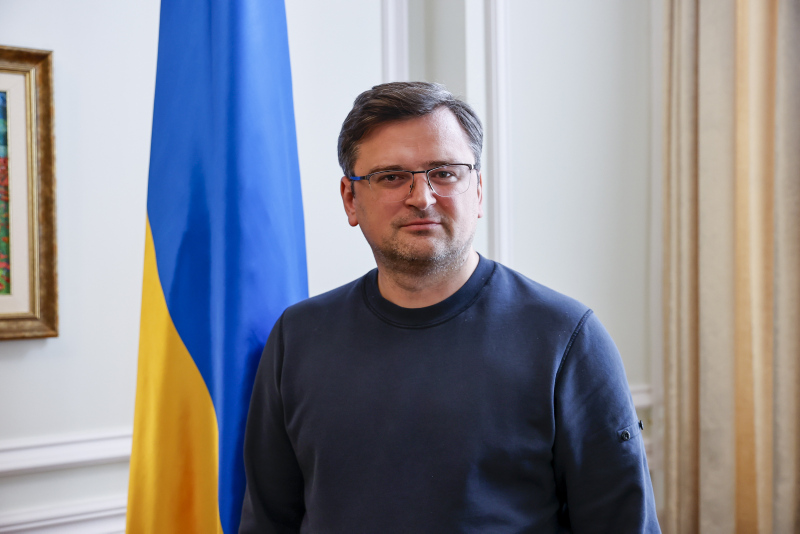 Kuleba said their goal is to "end the war with Ukraine's victory as soon as possible."

"There are elements (on which) we will never compromise. Even if half the world comes upon us and forces us to make concessions, we will not do this," he said.

"One of them is the territorial integrity of Ukraine," he added.

Ukraine's foreign policy will be determined by the Ukrainian people, not Russia, he also underlined. 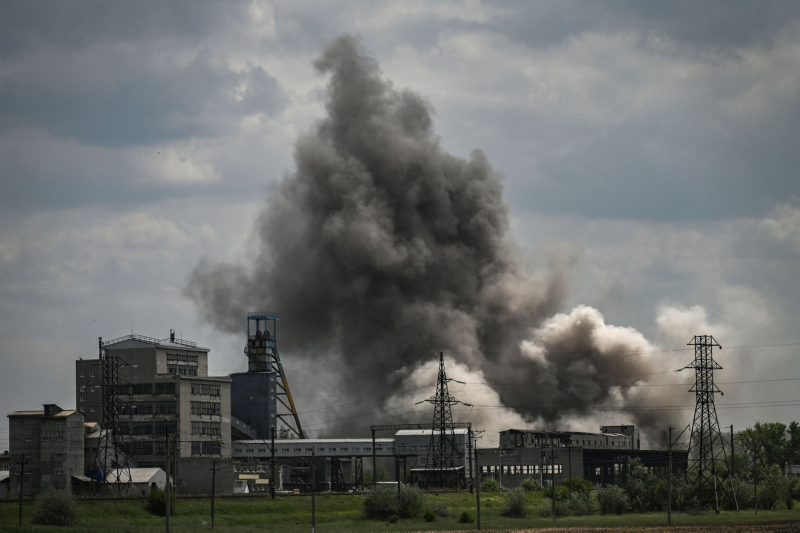 On the situation in Donbas' Donetsk and Luhansk regions, Kuleba said Russia's offensive there had stalled, adding: "The Russians were stuck. This means that we achieved victory there."

"A state can defeat a state, any terrorist group, but a state cannot defeat the people," he said.

"Russia will never defeat the people of Ukraine. For us, this is definitely a people's war, which means our victory and the liberation of our lands," he added.

Mentioning how Russia temporarily seized new regions in Ukraine, including Kherson, Zaporizhia, Mariupol, and Donetsk, Kuleba said: "Russia is trying to take root in these regions and ensure its sovereignty. But unlike 2014, Russia has a very big problem; it is difficult for Russia to find any collaborators here."

In 2014 Russia invaded the Ukrainian territory of Crimea, a move called illegal by the EU, UN General Assembly, and Turkey.

On Ukrainian soldiers and civilians exiting the Azovstal steel plant in Mariupol last week, Kuleba thanked the UN and other international organizations for their efforts to keep people there safe.

Kuleba added that Ukraine hopes to get back the Azovstal soldiers in a swap with Russia. 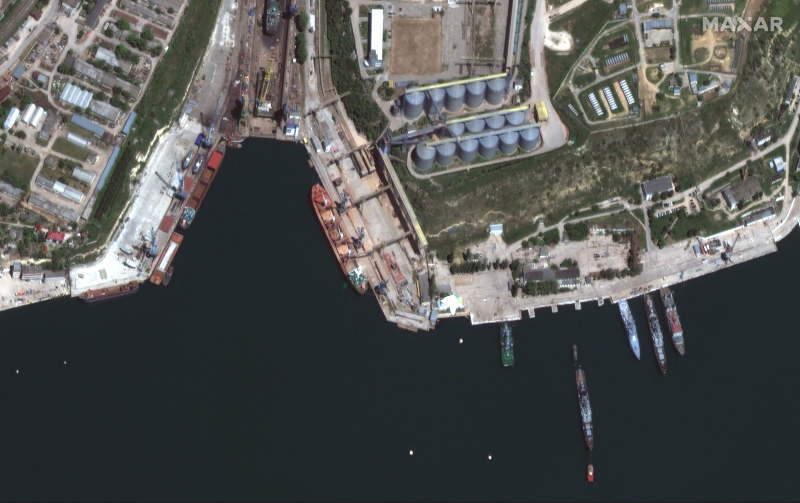 Praising how many countries imposed sanctions on Russia, Kuleba added, however, that such sanctions are not enough unless they stop using Russian gas and oil.

Stating that Ukraine's ports were blocked by Russia, Kuleba said that Russia stole grain from Ukrainian ports and sent it to other countries to sell, and this should be blocked.

Saying that Russia is responsible for the world's current food woes, Kuleba added that this problem will be solved by lifting blockades from Ukrainian ports.

The war shook up international relations, he said, pointing to the "radical" change in Russia's place in the world.

Russia is now isolated globally, Kuleba said, adding: "It is important to accelerate the decline of the Russian economy. This is a difficult process. This process will be bloody and tiring, but this process can no longer be stopped."

The US and China will grow stronger after the war as Russia weakens, he predicted.

There will also be "balancing powers" according to Kuleba, saying Turkey and India will be among them.