The blaze that started nearly seven weeks ago in the Rocky Mountains foothills remained just 40% contained Monday. Fire crews were helped over the weekend by water-dropping helicopters and aircraft and cooler temperatures, but warmer weather was expected Monday.

Firefighters in New Mexico who are battling the nation's largest active wildfire said Monday that cooler weather helped them prevent the blaze from growing as nearly 3,000 firefighters worked to strengthen and increase their firebreaks.

Authorities also took stock of the ecological impact of the blaze in a survey of burn severity and soil damage in areas that may be prone to extreme erosion and lengthy deforestation.

The blaze that started nearly seven weeks ago in the Rocky Mountains foothills remained just 40% contained Monday. Fire crews were helped over the weekend by water-dropping helicopters and aircraft and cooler temperatures, but warmer weather was expected Monday.

The blaze started as two fires and burned into one large conflagration. Flames have consumed more than 484 square miles (1,253 square kilometers) of timber, grassland and brush and evacuations have been place for weeks. 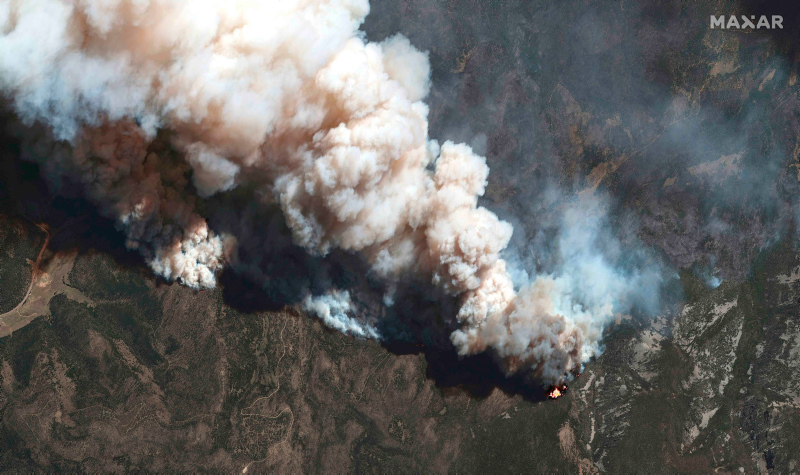 On Monday, the U.S. Forest Service released a survey of vegetation and soil damage across 118 square miles ( 465 square kilometer) of the Sangre de Cristo Mountains that burned in recent weeks, including public and private land.

About one-firth of the area experienced high-severity burning that can lead to heavy and even dangerous erosion. Trees in those areas will take many years to recover without planting.

The fire is among five active large fires in the state and among 14 nationally, according to the National Interagency Fire Center.

The New Mexico fire accounts for nearly 60% of the 536 square miles (1,388 square kilometers) consumed by wildfires in the U.S. so far this year.

Wildfires have broken out this spring in multiple states in the western U.S., where climate change and an enduring drought are fanning the frequency and intensity of forest and grassland fires. The number of square miles burned so far this year is far above the 10-year national average.

Fire crews continued to make progress toward cordoning off a wildfire on the outskirts of a U.S. national security research station at Los Alamos, New Mexico. 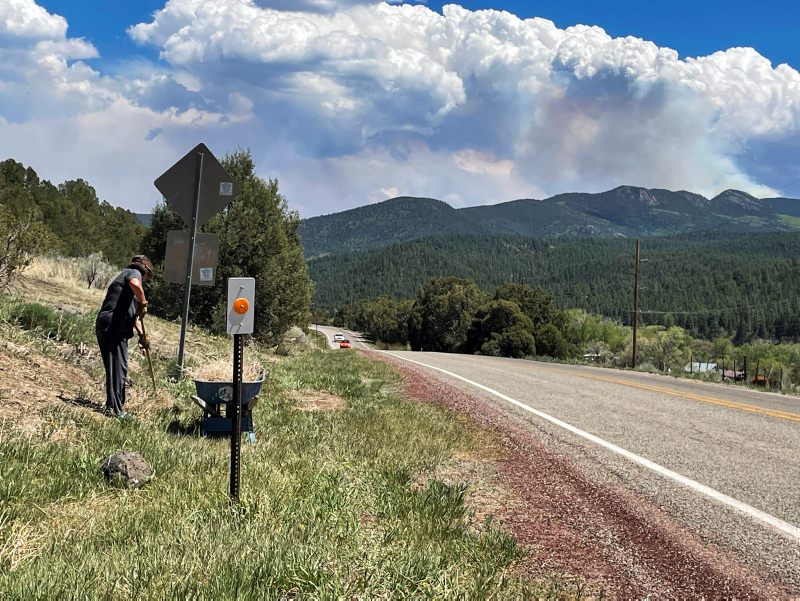 That fire in the wooded Jemez Mountains was 85% encircled by clearings and barriers that can stop a wildfire from spreading further, U.S. authorities said.

Bandelier National Monument announced plans to partially reopen its reserve for ancestral Native American settlements and culture to the public Friday after a weekslong closure. Campgrounds, backcountry areas and some trails will remain off-limits.

In southwestern New Mexico, a fire that is burning through portions of the Gila National Forest triggered new evacuations on Sunday in rural areas, as emergency crews labored to protect homes and outbuildings from advancing flames. That fire has burned across 230 square miles (595 square kilometers) of forest and scrubland and continues to grow.

National Weather Service forecasters in Albuquerque warned of a likely return later in the week to dry, hot and windy conditions that can accelerate wildfire.