Thousands of Muslims took to the streets across the world to join anti-France protests after Friday prayers in protest of the republication of insulting Charlie Hebdo cartoons that targeted Islamic values and the Prophet Mohammed. The crowds also renewed the worldwide calls for the boycott of the French-branded products.

Thousands of Muslims in Pakistan poured out of prayer services to join anti-France protests on Friday in response to the French President Macron's decision to back the republication of the Islamophobic magazine Charlie Hebdo's caricatures insulting Islamic values and the Prophet Mohammad.

An estimated 2,000 worshippers celebrating the Mawlid, the birthday of the Prophet Muhammad, took to the streets in the eastern city of Lahore. Crowds led by Islamic parties chanted anti-France slogans, raised banners and clogged major roads en route to a Sufi shrine. Dozens of people furiously stomped on French flags and cried for the boycott of French products. In Multan, a city in Pakistan's eastern Punjab province, thousands burned an effigy of French President Emmanuel Macron and demanded that Pakistan sever ties with France. 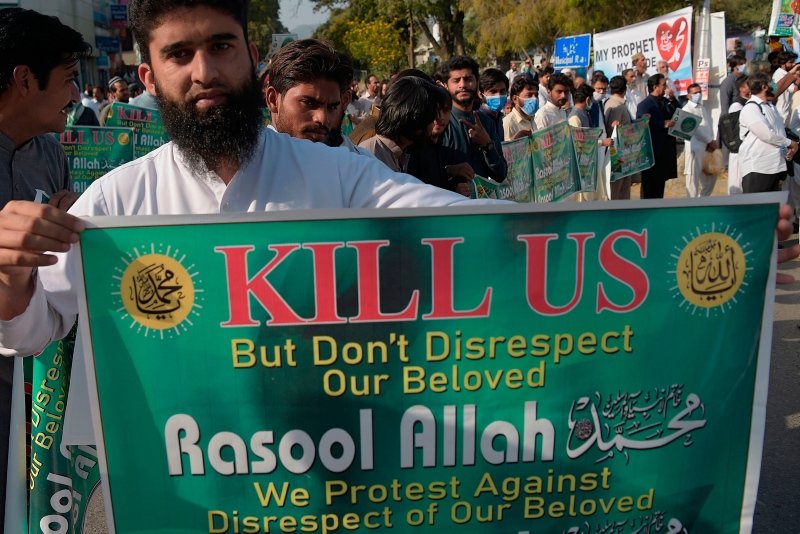 More gatherings were planned for later Friday in Pakistan, including the capital Islamabad, where police were out in force to prevent possible demonstrations outside the French Embassy. The atmosphere was tense as police positioned shipping containers to block the roads.

In Jerusalem, hundreds of Palestinians protested against Macron outside the Al-Aqsa Mosque, the third holiest site in Islam, chanting, "With our souls and with our blood we sacrifice for our prophet, Muhammad." Some youths scuffled with Israeli police as they exited the holy site into the Old City.

Other protests are expected across the region, including in Lebanon and the Gaza Strip. 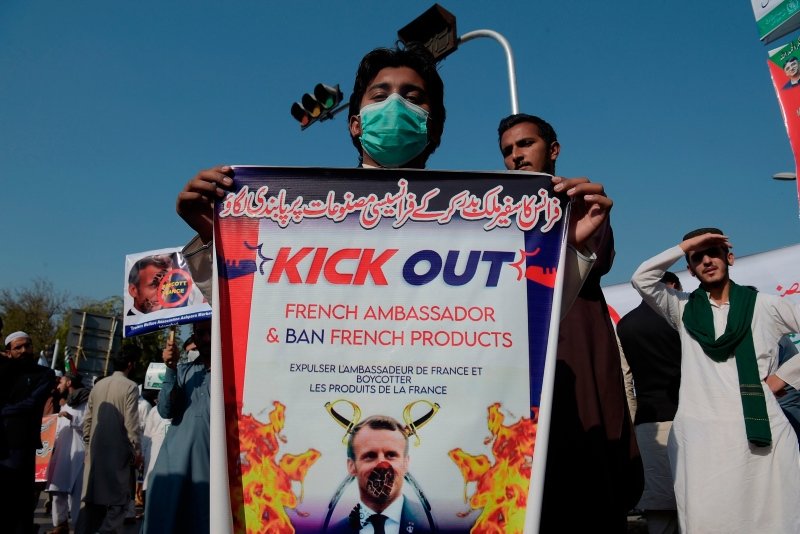 In Afghanistan, members of the Islamist party Hezb-i-Islami set the French flag ablaze. Its leader, Gulbuddin Hekmatyar, warned Macron that if he doesn't "control the situation, we are going to a third world war and Europe will be responsible."

The protests come amid rising tensions between France and Muslim-majority nations, which flared up earlier this month when a young Muslim beheaded a French schoolteacher who had shown caricatures of the Prophet Muhammad in class.

Those images, republished by the satirical magazine Charlie Hebdo to mark the opening of the trial for the deadly 2015 attack against the publication, have stirred the ire of Muslims across the world.

Over the past week, protests and calls to boycott French products have spread rapidly from Bangladesh to Pakistan to Kuwait. Social media has been pulsing with anti-France hashtags. Muslim leaders, Turkish President Recep Tayyip Erdoğan in particular, have loudly criticized France for what they see as the government's provocative and anti-Muslim stance. 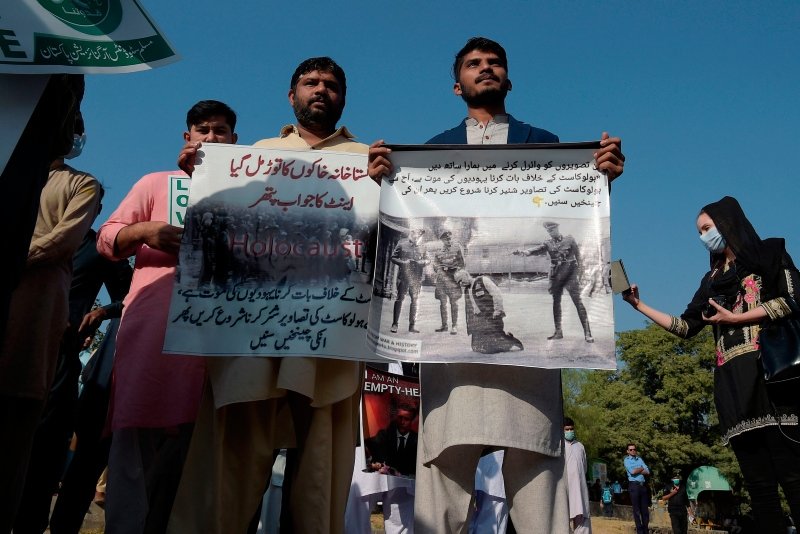 Thursday's attack in Nice also drew condemnations from leaders of countries that had voiced outrage over the caricatures, such as Saudi Arabia, Pakistan and Egypt.

In a Friday sermon aired live on Egyptian state TV, the country's minister of religious endowments appeared to denounce any violent retaliation for the cartoons.

"Love of the prophet cannot be expressed by killing, sabotaging or responding to evil with evil," said Mohamed Mokhtar Gomaa, addressing dozens of worshippers at a mosque in Egypt's Delta province of Daqahleya.