Azerbaijan said on Saturday 13 civilians were killed and more than 40 were wounded in the city of Ganja due to shelling by Armenia. The Azeri Prosecutor General's office said that two shells hit apartment buildings in the country's second largest city.

Thirteen civilians were killed, including two children, and nearly 50 others injured, after the Armenian army struck Azerbaijan's second-largest city, Ganja, with missile attacks, the General Prosecutors of Azerbaijan said Saturday.

"Civilians are continued to be saved from the debris of destruction by emergency services," Hikmet Hajiyev, assistant to the Azerbaijani president, said on Twitter. 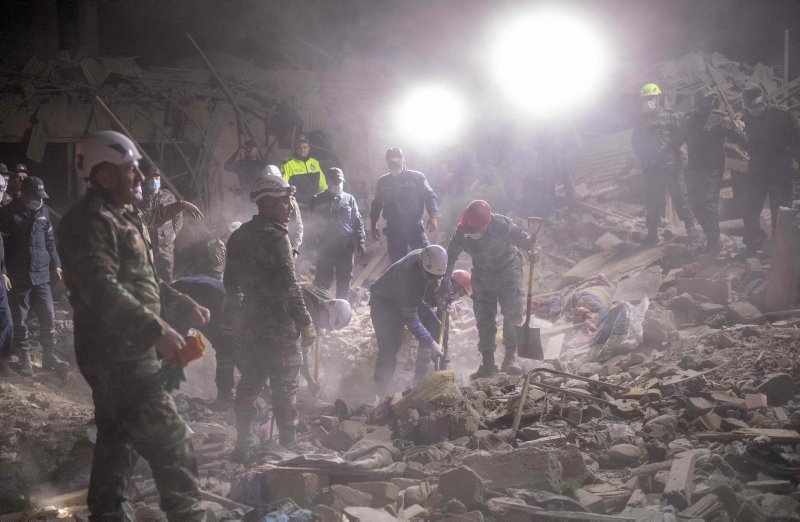 "Two kids are among the dead. Emergency works are still going on. Armenia's terror and War Crimes continue," Hajiyev said earlier on Twitter.

"Armenia's foreign ministry in vile manner attempts to deny its state responsibility for this nefarious war crimes," he said, stressing that Ganja is far from the combat zone.

According to Azerbaijan National Agency for Mine Action (ANAMA), missiles fired at Ganja were initially identified as SCUD/Elbrus Operative-Tactical Ballistic Missile.

"Innocent civilians in the second biggest city of Azerbaijan are under the indiscriminate and targeted missile attack of Armenia," he said earlier. 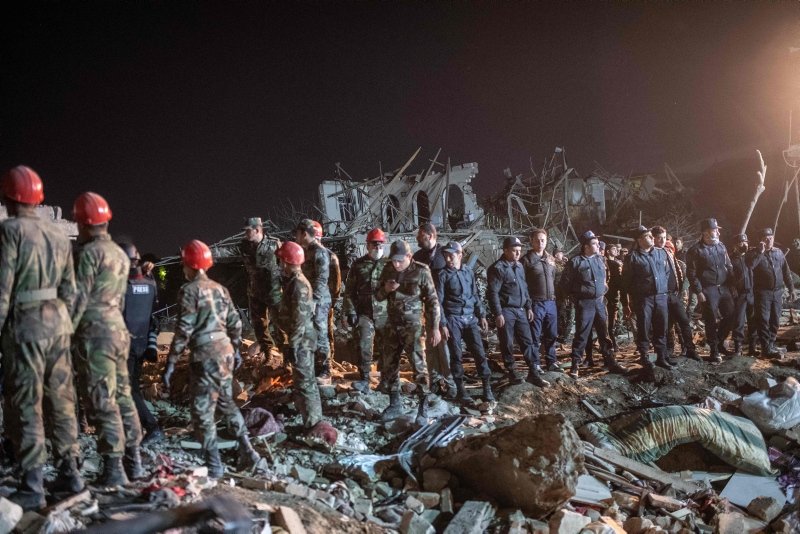 "Unscrupulous calls for humanitarian ceasefire should see these war crimes of Armenia," he said.

More than 20 houses were destroyed, according to preliminary reports, he added.

"New missiles systems have been brought to Armenia. Immediately they started to attack civilians in Azerbaijani cities in treacherous and cruel manner," Hajiyev said in a separate tweet. It is a "manifestation of Armenia's state policy of terror," he said.

Azerbaijani air defense destroyed Armenian missiles launched at that city, the General Prosecutors of Azerbaijan said in a statement that indicated the hydroelectric power plant in Mingachevir was targeted by the Armenian army at about 1 a.m. (2100GMT). 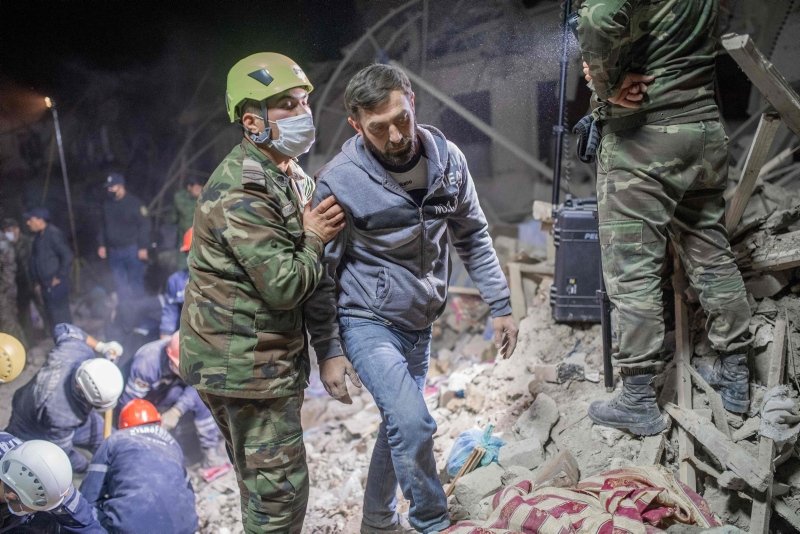 "Armenia is killing civilians as a rogue state. It is carrying out brutal massacres. The murderers and their supporters are breaking the law. Attacks against Ganja are crimes against humanity," Ömer Çelik said on Twitter, noting the attacks and massacres will not go unpunished before adding that Armenia must be convicted in the name of humanity and law.

"As in Khojali, it [Armenia] kills women, children, the elderly and civilians indiscriminately. Armenia will pay for these unlawful acts and murders," Ibrahim Kalın wrote on Twitter in reference to the Armenian massacre of 600 Azerbaijani civilians in 1992.

"Turkey stands with Azerbaijan to the very end," he said. It is meaningful that countries and international organizations that have a say on every issue remain silent on occupant Armenia killing civilians," Kalın added.

"Armenia is once again committing a war crime by attacking civilians in Ganja, and demonstrating that Armenia is a terrorist state," Turkey's Justice Minister Abdülhamit Gül said on Twitter. "We stay strong next to Azerbaijan. Our brothers will never stand alone." 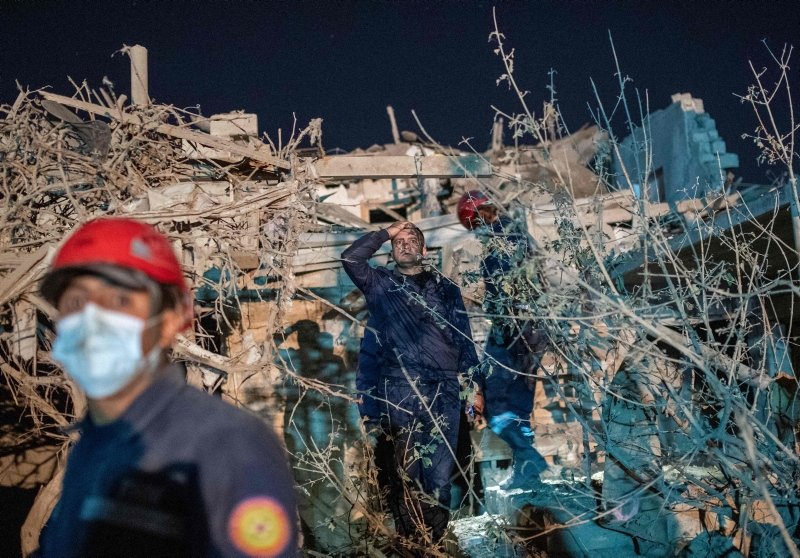 "The terrorist and occupying Armenia, which committed war crimes, hit the innocent civilians once again regardless of women, children and the elderly in #Ganja and showed its dirty face once again," Turkey's Vice President Fuat Oktay said on Twitter.

The leader of Turkey's main opposition strongly condemned the attack on Ganja and Mingachevir.

"I extend my get well soon wishes to the brotherly Azerbaijani people and repeat once again that we stand by them in their rightful cause," Kemal Kılıçdaroğlu said on Twitter.

In a statement to Anadolu Agency, the UN said parties should protect civilians and civilian infrastructure under international humanitarian law.

UN Secretary-General Antonio Guterres "remains very deeply concerned about the ongoing hostilities and their impact on the populations," said spokesman Farhan Haq. "We reiterate our strong condemnation of any targeting and attacks against civilian populated areas anywhere."

Recent clashes erupted between the two countries Sept. 27, and since then, Armenia has continued its attacks on civilians and Azerbaijani forces.

Azerbaijan's Prosecutor General's Office said Friday that at least 47 civilians were killed and 222 injured because of new Armenian attacks. 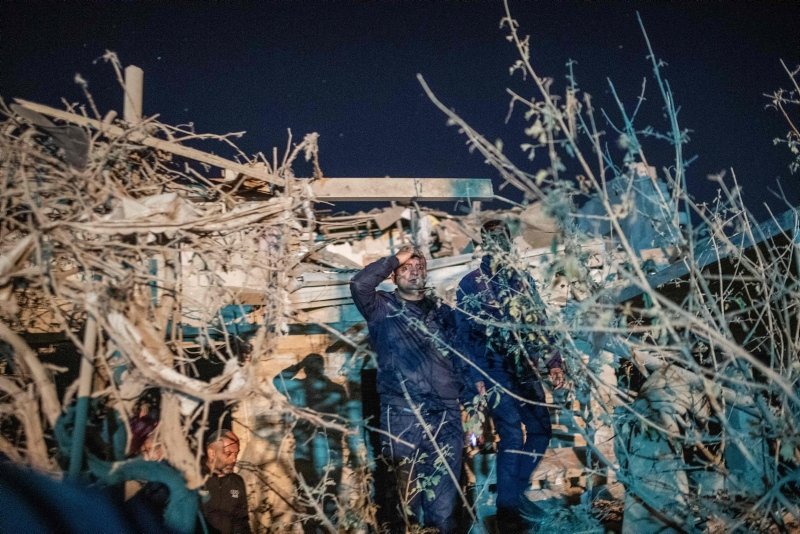 Relations between the two former Soviet republics have been tense since 1991 when the Armenian military occupied Upper Karabakh, or Nagorno-Karabakh, an internationally recognized territory of Azerbaijan.

The OSCE Minsk Group-co-chaired by France, Russia, and the US-was formed in 1992 to find a peaceful solution to the conflict, but to no avail. A cease-fire, however, was agreed to in 1994. Multiple UN resolutions, as well as international organizations, demand the withdrawal of the occupying forces.

World powers, including Russia, France, and the US, have urged a new cease-fire. Turkey, meanwhile, has supported Baku's right to self-defense and demanded the withdrawal of Armenia's occupying forces.

About 20% of Azerbaijan's territory has remained under illegal Armenian occupation for nearly three decades.