"They [Armenians] took their revenge. We thought they wouldn't attack Ganja again, but we were wrong," said one resident, mentioning the first Armenian attack last Sunday on Ganja, a city far from the front line between Azerbaijan and Armenia.

Overnight Armenian attacks on Ganja, Azerbaijan's second-largest city, taking dozens of civilians' lives were Armenia's "revenge" for its continued military losses, according to locals in the aftermath of the attack.

"They [Armenians] took their revenge. We thought they wouldn't attack Ganja again, but we were wrong," said one resident, mentioning the first Armenian attack last Sunday on Ganja, a city far from the front line between Azerbaijan and Armenia.

Thirteen civilians were killed, including two children, and more than 40 others injured, when the Armenian army struck with ballistic missiles, Azerbaijani officials said early Saturday. 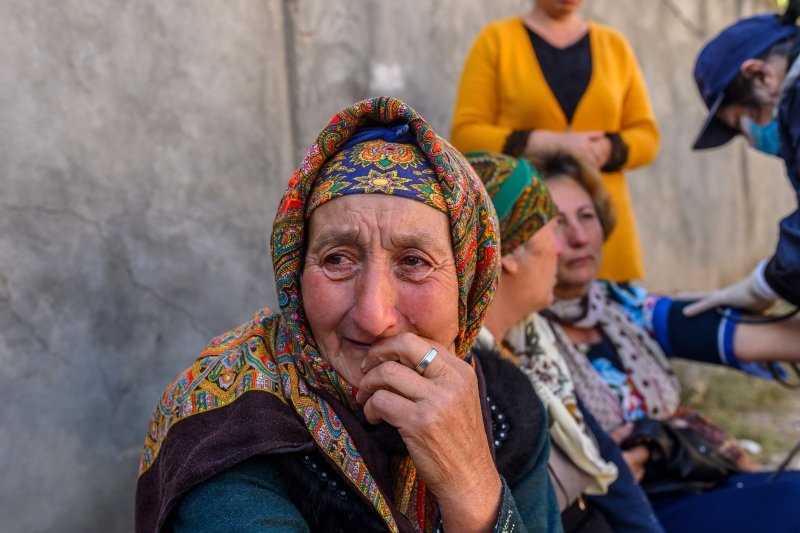 According to the Azerbaijan National Agency for Mine Action (ANAMA), the missiles fired on Ganja were identified as SCUD/Elbrus Operative-Tactical Ballistic Missiles.

The Elbrus missiles are highly destructive weapons with a range of 300 kilometers (186 miles) that can carry up to 700 kilograms (1,543 pounds) of explosives.

The ballistic missile hit apartments and houses of civilians in Ganja's Cevathan neighborhood at around 1 a.m. local time (2100GMT), destroying some 20 houses, leaving only a large hole where they once stood.

According to Ganja residents, the Armenian army is trying to cause a chaotic atmosphere by targeting cities, sowing public fear and panic. 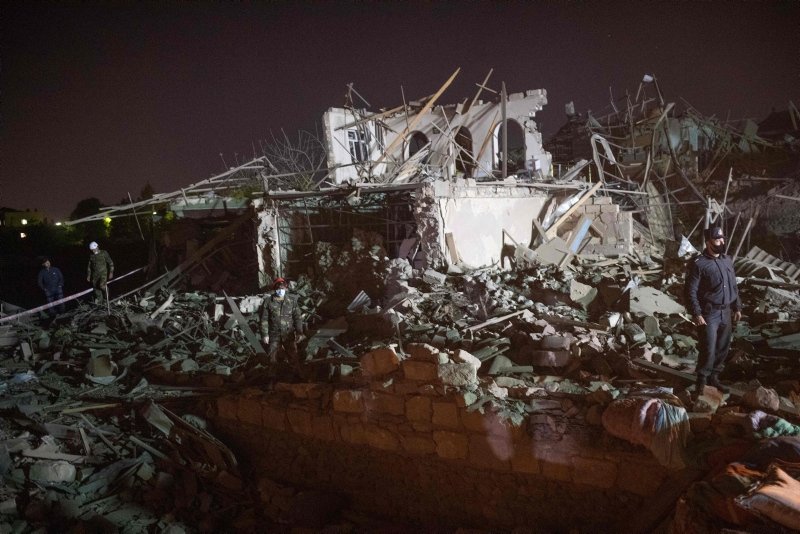 "They think we'll leave the city, but this will never happen", they said.

Armenia is launching attacks on the city as an "easy target" to avenge their defeats from recent days, according to Ganja residents.

Ilham Ebilov, one local, said there was no sound for several minutes after the attack.

"At that hour everyone was asleep. We were caught in a terrorist attack while sleeping," Ebilov said, adding that after a while, he heard shouting and screaming.

"There was dust everywhere from the destroyed houses," he added.

Vefen Rahimova said her daughter Leyla was under the debris. "I slept together with Leyla. She couldn't wake up."

"They don't have the strength or ability to target our army and our soldiers. Instead, they shoot civilians who make easy targets," said Kamil Abbasov, whose house suffered heavy damage. 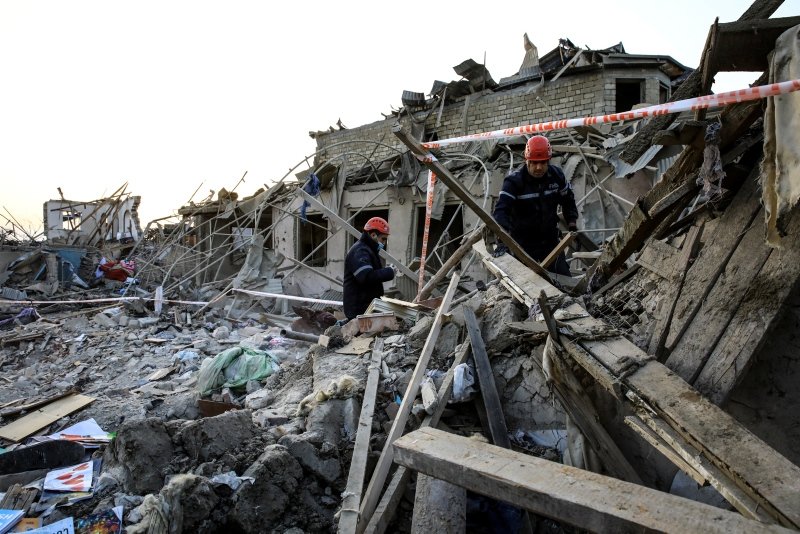 Since new clashes erupted between the two countries on Sept. 27, Armenia has continued its attacks on civilians and Azerbaijani forces.

As of midday Saturday, Azerbaijani officials said that Armenian attacks had killed at least 60 civilians and injured 270 others.

Relations between the two former Soviet republics have been tense since 1991 when the Armenian military occupied Upper Karabakh, or Nagorno-Karabakh, an internationally recognized territory of Azerbaijan.

The OSCE Minsk Group-co-chaired by France, Russia, and the US-was formed in 1992 to find a peaceful solution to the conflict, but to no avail. A cease-fire, however, was agreed to in 1994. Multiple UN resolutions, as well as international organizations, demand the withdrawal of the occupying forces.

World powers, including Russia, France, and the US, have urged a new cease-fire. Turkey, meanwhile, has supported Baku's right to self-defense and demanded the withdrawal of Armenia's occupying forces.

About 20% of Azerbaijan's territory has remained under illegal Armenian occupation for nearly three decades.