Thousands of Israeli protesters gathered in Tel Aviv on Saturday night to demonstrate against Israel's planned annexation of the West Bank. Participants at the event in Rabin Square held signs that read "Palestinian Lives Matter" or "Don't make Apartheid great again." More than 30 parties and non-governmental organizations had called for the demonstration.

Thousands of Israelis demonstrated on Saturday against Prime Minister Benjamin Netanyahu's plan to extend sovereignty over parts of the occupied West Bank, de-facto annexation of land that the Palestinians seek for a state. 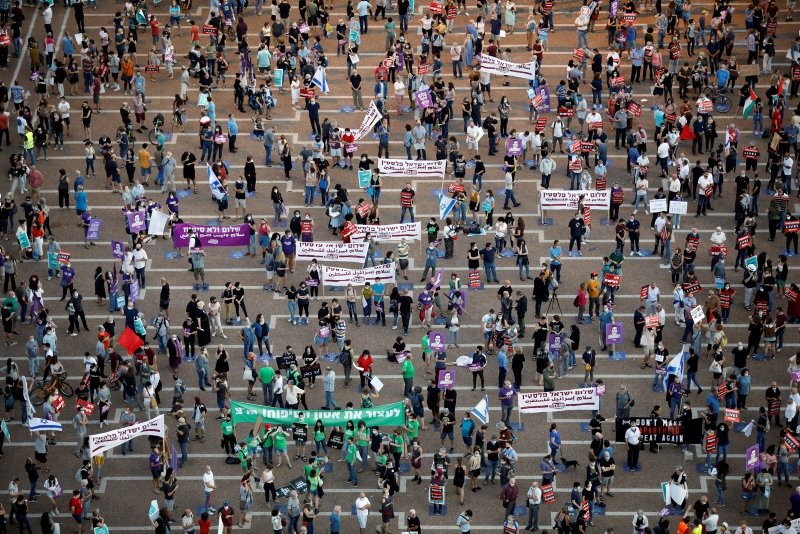 Protesting in face masks and keeping their distance from each other under new coronavirus restrictions, the demonstrators gathered under the banner "no to annexation, no to occupation, yes to peace and democracy."

The Palestinians want an independent state in the West Bank, east Jerusalem and the Gaza Strip, territories Israel captured in a 1967 Middle East war. 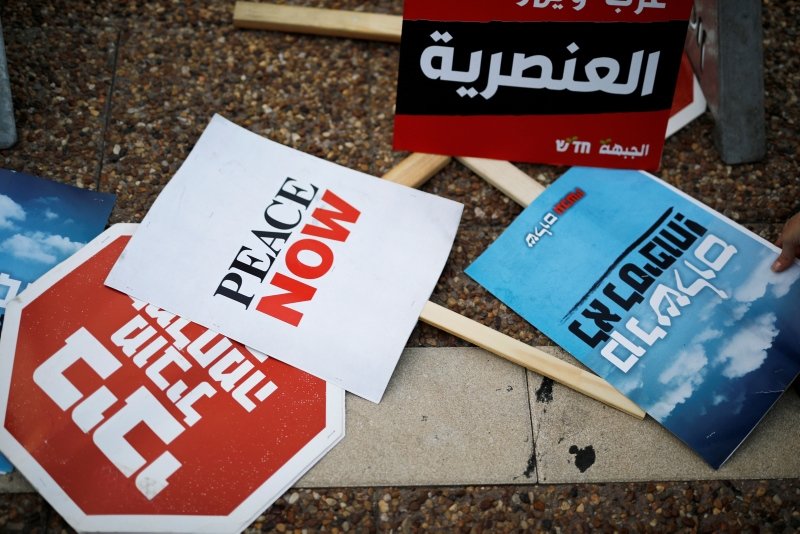 A Reuters photographer and Israeli media estimated the protesters gathered at Tel Aviv's Rabin square numbered a few thousand. A poll published this week found that about half of all Israelis support annexation.

Netanyahu has set July 1 as the target date to begin advancing his plan to annex Israel's settlements and the Jordan Valley in the West Bank, hoping for a green light from Washington. 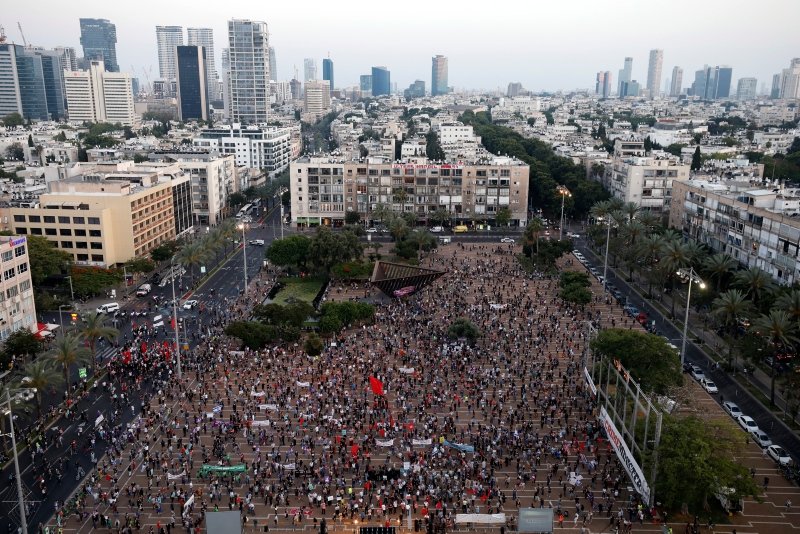 U.S. President Donald Trump in January unveiled a peace plan which includes Israel keeping its settlements and the Palestinians establishing a state under stringent conditions.

Palestinians have rejected the proposal and voiced outrage against Israel's proposed annexation. 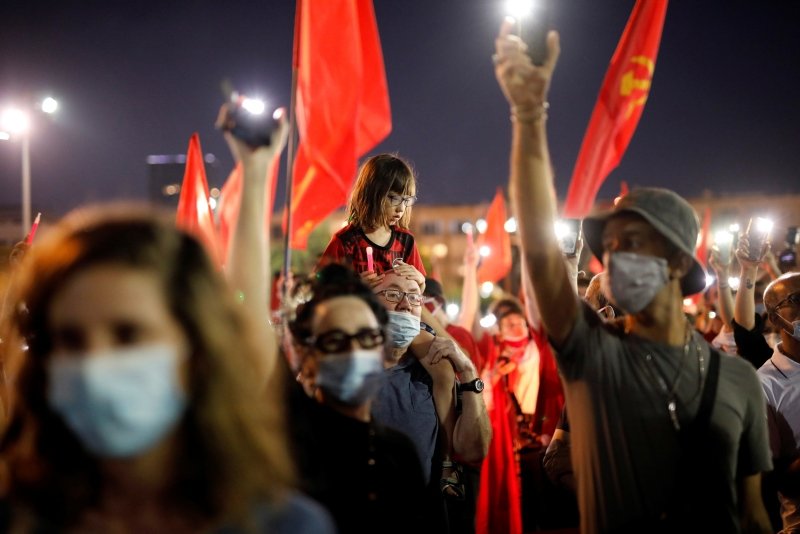 Warning of possible violence and diplomatic repercussions, some European and Arab states, together with the United Nations, have urged Israel to step back from the plan to annex its settlements, regarded by many countries as illegal.

Some commentators have said that the Trump administration, gripped by the coronavirus crisis and a wave of national protests against police abuse, was not looking to spark further instability by giving Israel the go-ahead for annexation.