Holding signs that read, “Saving the country, fighting corruption” and “Revolution,” thousands of Israeli protesters took to the Jerusalem streets on Saturday to demand the departure of PM Netanyahu due to the handling of the COVID-19 pandemic and the corruption charges against the long-serving leader.

Thousands of Israelis protested in Jerusalem on Saturday in the latest weekly demonstration against Prime Minister Benjamin Netanyahu, his handling of the coronavirus crisis and the corruption charges he faces.

Protesters waved Israeli flags, which have become a symbol of the protest movement, as they marched through Jerusalem toward a square near Netanyahu's official residence. Smaller demonstrations were taking place elsewhere across the country. 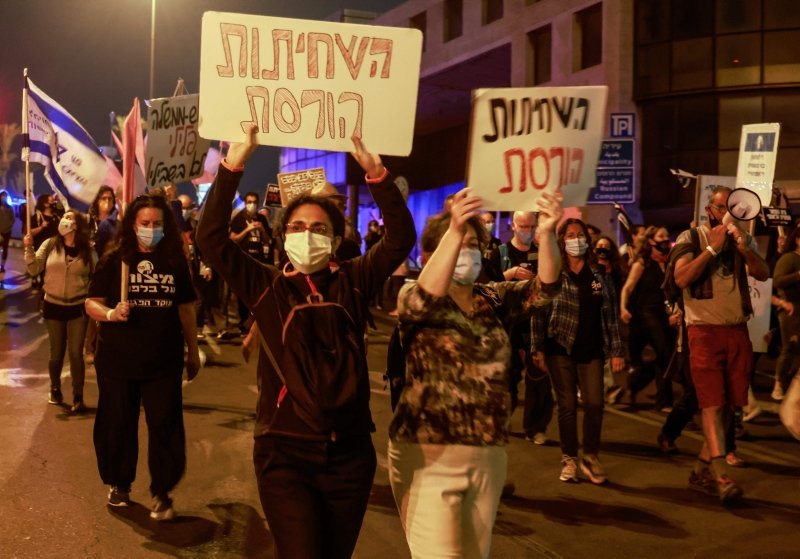 The protesters criticize Netanyahu for what they say is his bungling of the coronavirus outbreak and its economic fallout. Many of the protesters also oppose Netanyahu serving as prime minister while under indictment on three corruption charges: fraud, breach of trust and accepting bribes.

The protests have go on for months and kept a spotlight on Netanyahu at a time when the long-serving leader's popularity has plummeted because of his handling of the virus outbreak in Israel.

The country is emerging in gradual stages from a monthlong lockdown that the government imposed to tamp down infections. Restrictions still in place have kept stores, hotels and restaurants closed while the Israeli economy continues to take a hit. 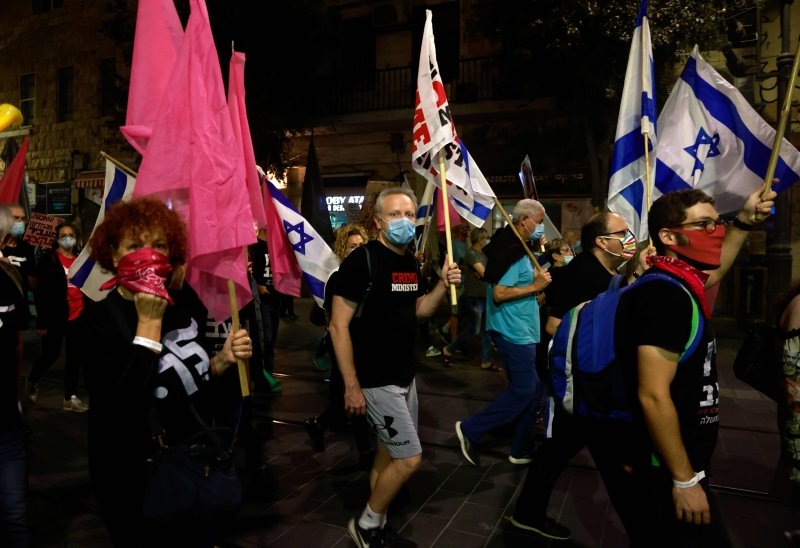 Israel appeared to have successfully weathered an initial outbreak in the spring, even as unemployment skyrocketed. But a hasty reopening after a previous lockdown sent confirmed cases soaring and plunged the country toward new restrictions.