A great number of Palestinian demonstrators poured into the Jerusalem streets to protest the French cartoons insulting Islamic values and Prophet Mohammed. Protesters waved banners and chanted slogans defending Islam and the prophet against the offensive discourses by the French politicians.

Hundreds of Palestinians staged a protest in the town of al-Ram in Jerusalem on Tuesday against French President Emmanuel Macron's insulting remarks targeting Islam and Prophet Mohammad.

Protesters waved banners and chanted slogans defending the Prophet against the French insults, according to eyewitnesses.

Macron has sparked outrage across the Muslim world by accusing Muslims of "separatism" and describing Islam as a "a religion in crisis all over the world". 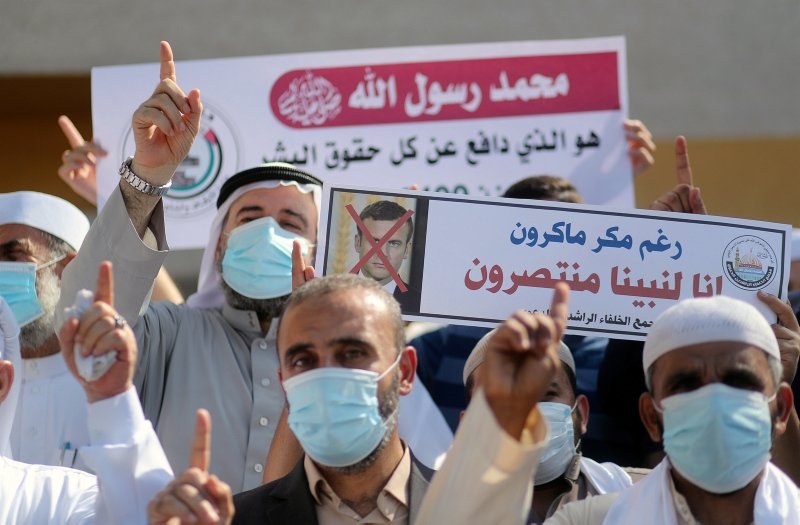 This coincided with a provocative move by Charlie Hebdo, a left-wing French magazine infamous for publishing anti-Islamic caricatures, which have drawn widespread anger and outrage across the Muslim world.

The caricatures were first published in 2006 by a Danish newspaper Jylllands Posten, sparking a wave of protests.