Nearly 30,000 Kurds from Syria's Ayn al-Arab (Kobani) and Manbij, who fled to Turkey after oppression from the terrorist groups PKK/PYD/YPG and Daesh, have been expecting to return their country after the military operation dubbed "Olive Branch" on the PYD/PKK held region in northern Syria which has been launched by Turkish forces and Free Syrian Army (FSA).

Many Syrian Kurds who fled the war and took refuge in Turkey are awaiting the day they will be able to return to their home country.

Nearly 30,000 Kurds from Syria's Ayn al-Arab (Kobani) and Manbij fled to Turkey after oppression from the terrorist groups PKK/PYD/YPG and Daesh.

Terrorist organizations forced us from our land by seizing all our goods using persecution, oppression, and threats, Valid Huseyin told Anadolu Agency.

Like so many Kurdish families who live in refugee camps in Suruç in Turkey's southeastern Şanlıurfa province, the PKK/PYD terrorist organization forced Huseyin and his family to flee their country. 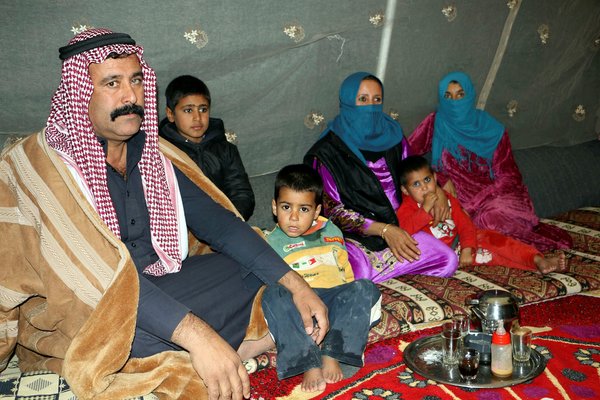 Huseyin Ramazan Sacir, another Syrian Kurdish migrant living in Turkey, said: "The terrorist organization PYD/PKK forces our young people in Syria to fight and takes them to Afrin and other regions where they're organized."

"The terrorist organizations PYD/PKK and Daesh put pressure on us and stole our lives. We had nothing but the clothes on our backs when we fled the persecution of the PYD/PKK," he added.

The operation is being carried out under the framework of Turkey's rights based on international law, UN Security Council resolutions, its self-defense rights under the UN charter, and respect for Syria's territorial integrity, it said.