Turkish and Russian authorities have been discussing the latest details of the agreement signed between Armenia and Azerbaijan to end the weeks-long conflict over the Upper Karabakh region, Defense Minister Sergey Shoygu said in his remarks during a meeting chaired by President Vladimir Putin.

Russia and Turkey are finalizing the implementation of an agreement on the establishment of a monitoring center in the region of Upper Karabakh, Moscow's top defense official said Friday. 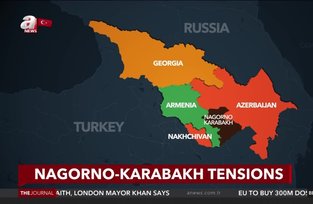 The two sides are currently discussing where the center will be located, as well as its functions, Defense Minister Sergey Shoygu said at a meeting on the region, also known as Nagorno-Karabakh, with Russian President Vladimir Putin and other officials.

Also part of the agreement, deployments have been completed for a peace-keeping mission in the region which had recently witnessed fighting between Azerbaijan and Armenia, as Russian contingents have begun to conduct missions, Shoygu added.

Relations between the former Soviet republics of Azerbaijan and Armenia have been tense since 1991 when the Armenian military occupied Upper Karabakh, a territory recognized as part of Azerbaijan, and seven adjacent regions.

New clashes erupted Sept. 27 and the Armenian army continued its attacks on civilian and Azerbaijani forces, even violating humanitarian cease-fire agreements for 44 days.

After Baku liberated several cities and nearly 300 settlements and villages from Armenian occupation, the two countries signed a Russia-brokered agreement on Nov. 10 to end fighting and work toward a comprehensive resolution. 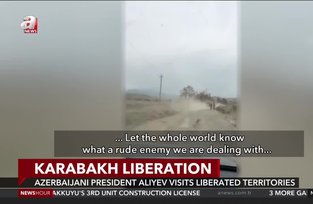 At the meeting, Putin said for his part that Russia expected international organizations to join humanitarian efforts in Karabakh.

He praised the International Committee of the Red Cross (ICRC) for its contribution in helping the victims of the conflict, saying it had taken on a leading role and was ready to step up its activities in the region. 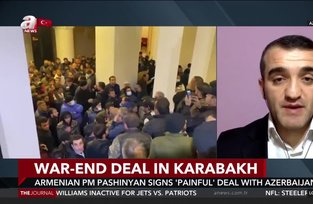 He also called on a number of the UN organizations to join the ICRC efforts, including the High Commissioner for Refugees, Office for the Coordination of Humanitarian Affairs, the World Health Organization, World Food Programme and Mine Action Service.

Putin said he counted on help from UNICEF to help in issues concerning children and young people, as well as UNESCO for preserving historical and religious sites.

Support from the UN Development Program will also be needed in the post-conflict settlement stage, he added.