A branch of the far-left union General Confederation of Labour (CGT) early Wednesday shut down the country's largest hydroelectric power plant Grand'Maison at Allemont, in the southwestern Isere region. Workers protesting the government's planned overhaul of the pension system closed down the facility at approximately 0600GMT Wednesday.

Macron has largely stood his ground during weeks of street marches and strikes that closed schools and crippled public transport. 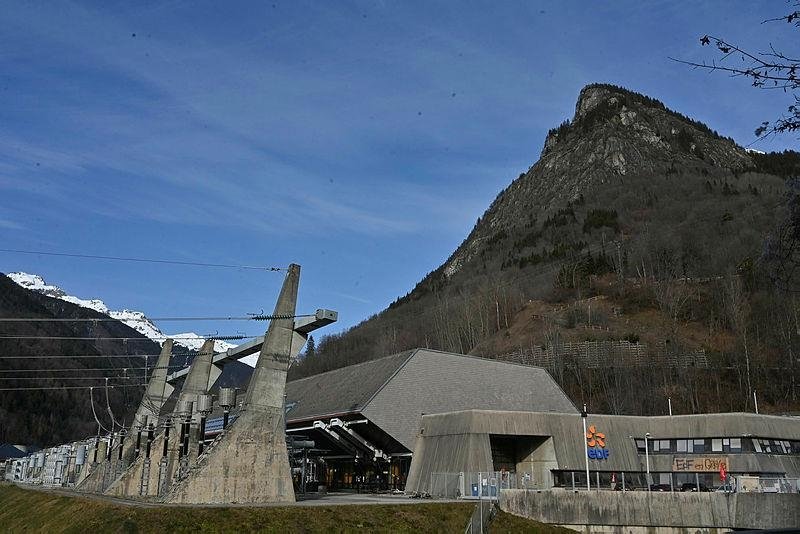 With those large-scale actions petering out, hard-left unions are resorting to wildcat actions to demonstrate against a reform they say will force workers to stay in employment for longer.

Wednesday's disruption at the Grand'Maison plant in the Alps was carried out by members of the CGT, a day after workers from the same union cut power to the world's largest fresh food wholesale market, Rungis, outside Paris. 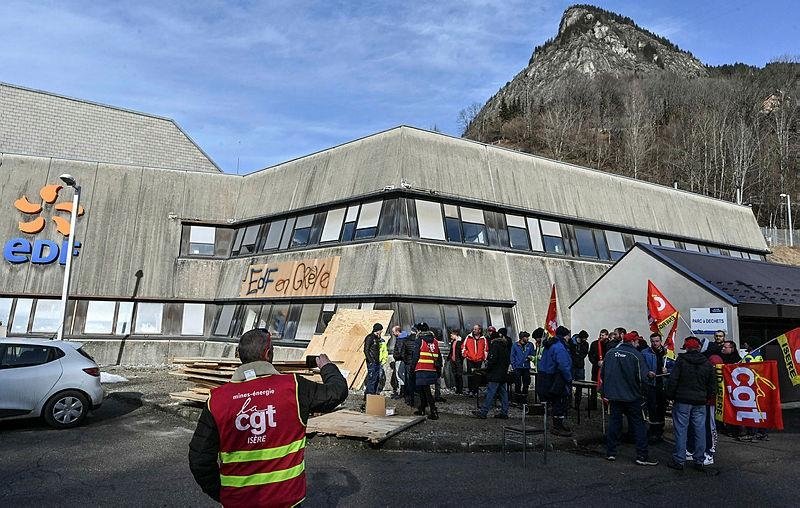 The Grand'Maison outage left France needing to import power early in the morning in order to maintain uninterrupted supplies as a cold snap gripped the country.

BLURRED LEGALITY
The right to strike is enshrined in France's constitution but the legality of wildcat actions can be more blurred. Prime Minister Edouard Philippe on Tuesday accused protesters who blockaded plants and cut power supplies of "disrespecting democracy and the law". 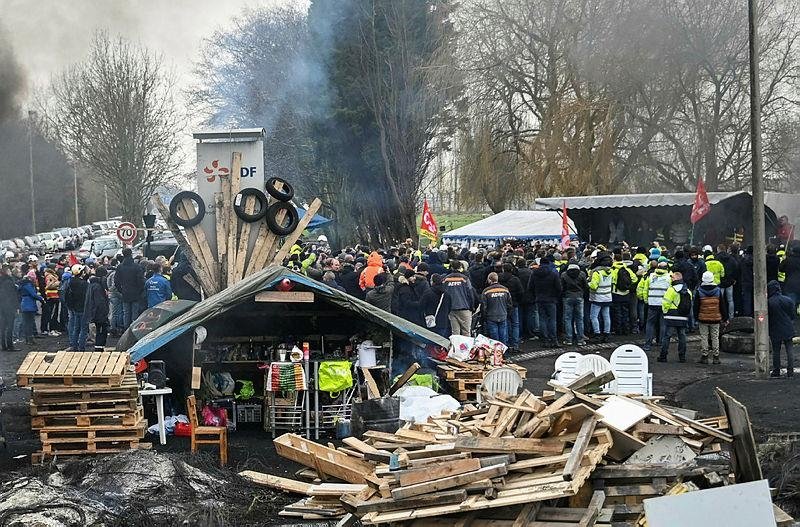 After Tuesday's deliberate outage at Rungis, RTE and state-run utility EDF said they would take legal action against those behind such acts.

"When there are strikes, things don't work," Martinez told BFM TV. "EDF management is pursuing through the judiciary those behind the outages. They refuse to recognise the discontent."

Macron's proposed pension reform would be the biggest overhaul of the system since World War Two. 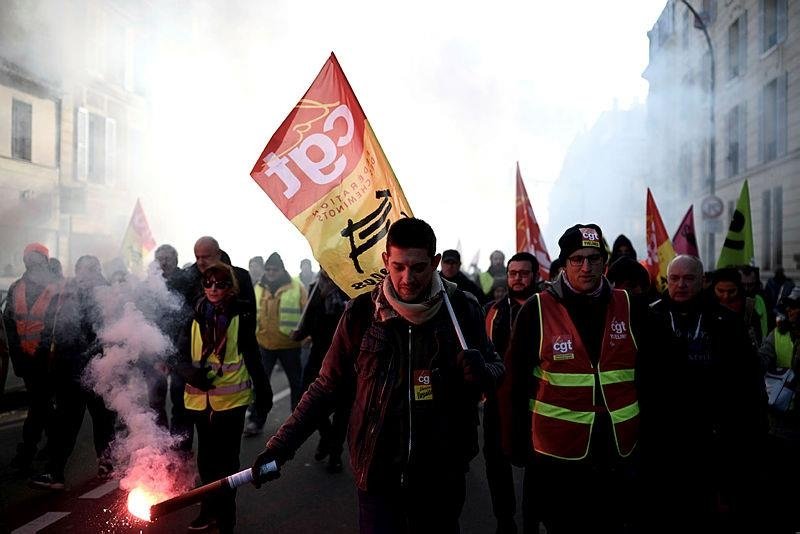 He wants to streamline the existing set-up of 42 different pension schemes, each with different levels of contributions and benefits, into a single system that gives every pensioner the same rights for each euro contributed.

The myriad special benefits currently handed out to different types of workers deter job mobility, says Macron, for whom the reform is central to his drive to create a more flexible labour market.

Unions, which say the reform will require people to work longer for a full pension, launched a wave of public sector strikes in early December that hit transport networks and lasted more than six weeks. 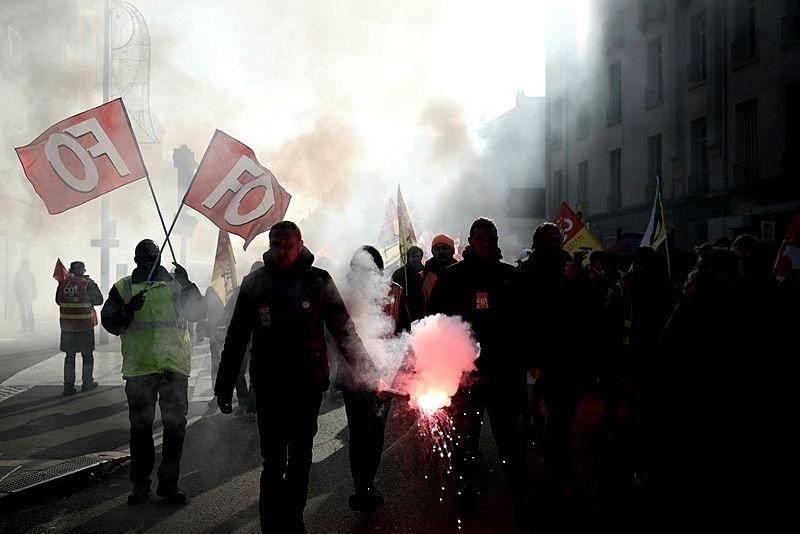 Catering company Elior saw its shares fall on the Paris stock exchange after it announced the December strikes cost it about 9 million euros ($10 million).

While the rail and metro strikes have lost steam, industrial action persists in some sectors.

Dockers on Wednesday began another three-day authorised walkout. Vessels exporting about 188,000 tonnes of wheat and 10,000 tonnes of malt barley are currently held up in the port of Rouen.

Macron's government has made some concessions, including over the age of retirement, as it seeks to drive a wedge between hardline unions and those more amenable to reforms.