Ukrainian President Volodymyr Zelensky told an Italian broadcaster that he was ready for negotiations with Russian President Vladimir Putin, "but only with him, without an intermediary and only on condition of a dialogue instead of an ultimatum."

Both Ukraine and Russia said direct talks to end the conflict can only take place under certain conditions, as fighting continued in eastern Ukraine on Friday.

Ukrainian President Volodymyr Zelensky told an Italian broadcaster that he was ready for negotiations with Russian President Vladimir Putin, "but only with him, without an intermediary and only on condition of a dialogue instead of an ultimatum."

The Ukrainian public would not currently see such a summit in a positive light, Zelensky added.

Kremlin spokesperson Dmitry Peskov reiterated Russia's position that a meeting between the two leaders could not take place until there was some kind of prior agreement in writing between Moscow and Kyiv.

"Without these preparatory measures, it is hardly possible to hold such a meeting," he said, according to the Interfax news agency, before confirming there had been no progress in peace negotiations between the two countries.

Russia invaded Ukraine on February 24. Since then the United Nations has recorded over 3,500 civilian deaths, though most observers believe the death toll to be far higher.

In his first call with Russian President Vladimir Putin in more than six weeks, German Chancellor Olaf Scholz demanded a ceasefire and an improvement to the humanitarian situation.

Scholz rejected Russia's accusation that Nazism is widespread in Ukraine, according to the German readout of the call.

US Defence Secretary Lloyd Austin also demanded an immediate ceasefire in a call with Russian Defence Minister Sergei Shoigu in their first exchange since Moscow began its invasion.

However, fighting continued as Russia seeks to make further gains in eastern Ukraine, one of the main areas it has targeted since its large-scale offensive began.

In Kharkiv, local authorities said that three people had died after a projectile hit a hall in the village of Shebelynka in the Izyum region on Thursday. 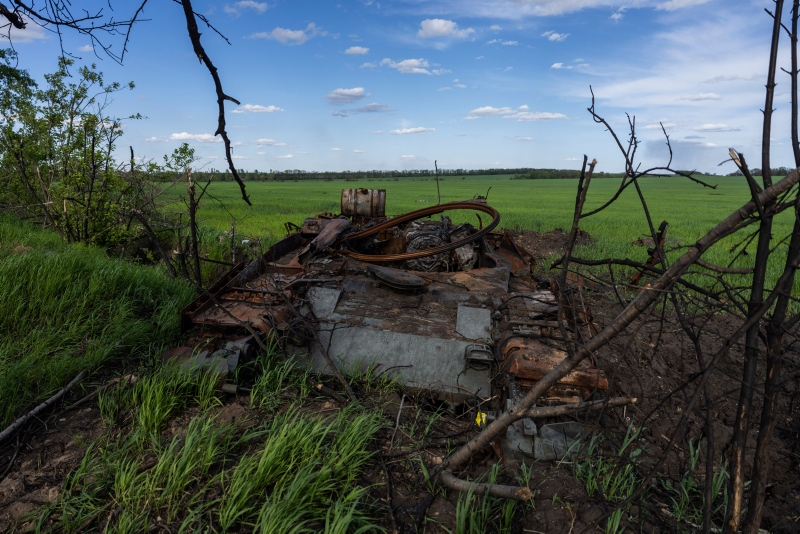 But Western officials said Russian troops are making little progress in their offensive in the Donbass region and must expect even fiercer resistance in the future.

So far, Moscow's forces have only captured villages and smaller settlements. In order to seize larger cities, such as Kramatorsk, the Russians would need even more strongly fortified defensive structures, the officials said.

In Mariupol, which has largely been destroyed, the Ukrainian leadership continued to try to rescue soldiers at the besieged Azovstal steel plant with international support. 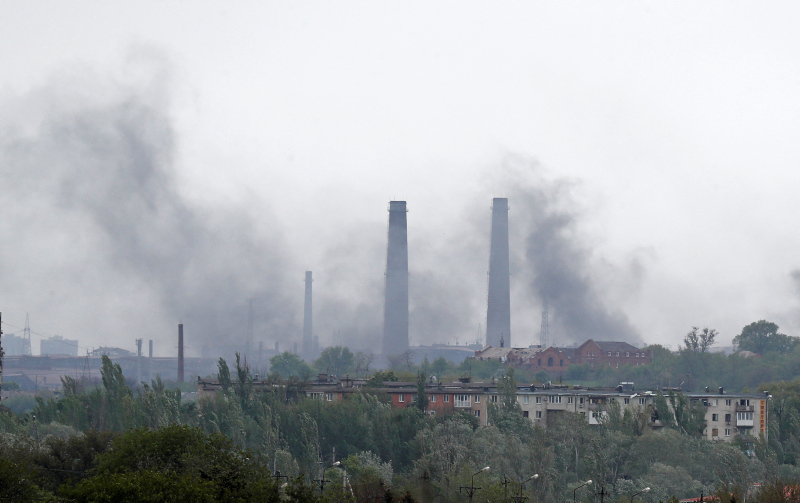 She recently said that about 1,000 defenders, half of whom are injured, remain in the factory, while Russian sources say 2,500 Ukrainian fighters and foreign mercenaries are still holed up in the sprawling steel plant.

The United Nations and the Red Cross received a mandate from Kyiv to hold talks with the Russian side, while Turkey is now involved as a mediator.

The priority is to rescue 38 seriously injured people, but Moscow has so far refused any evacuation and demands the Ukrainian fighters surrender.

Meanwhile, the first war crimes trial of a Russian soldier in Ukraine is to begin next week.

A court in Kyiv postponed the trial to Wednesday at the request of the prosecutor's office so that it would be open to the public, Ukrainian media reported.

The accused, a 21-year-old, is charged with shooting dead a 62-year-old man in Sumy, north-eastern Ukraine, for talking on the phone.

In another possible war crime, Russian soldiers are said to have shot two apparently unarmed civilians in the back near Kiev on March 16, according to a video shared by US news network CNN.

The video shows two men apparently being searched for weapons. There seems to be some conversation before the soldiers turn away and the two civilians begin to enter a dealership. However, once the men turn their backs, the Russian soldiers open fire.

The video is credible according to dpa's fact-checking team, given several security cameras captured the incident from different angles, despite having no audio. CNN said that it had obtained the security footage from the vehicle dealership where the incident took place.

Russian Foreign Minister Sergei Lavrov accepted that Ukraine's accession was essentially a matter between Kiev and Brussels, but accused the EU of having transformed itself "from a constructive economic platform ... into an aggressive militant actor" that he claimed had ambitions far beyond Europe.