Early in-person voting began in four US states on Friday for the November presidential election. Voters are now able to cast their ballot in Minnesota, South Dakota, Wyoming and Virginia. Most US states and the country's capital Washington allow no-excuse early voting, and people can send in their ballots early by post in many states.

Early voting began in the US on Friday as the states of Minnesota, South Dakota, Virginia and Wyoming allowed voters to begin casting their ballots.

Highlighting the importance of the early contests, President Donald Trump and Democratic challenger Joe Biden are both set to visit Minnesota on Friday where polling indicates the former vice president boasts a sizable lead.

Additional states will open early voting on a rolling basis with some allowing it to continue until the day before the official Nov. 3 Election Day.

An unprecedented number of mail-in ballots are expected this year amid the coronavirus pandemic, and with the majority of states having a Nov. 3 ballot deadline, a victor may not be declared until after Election Day if the race is close. 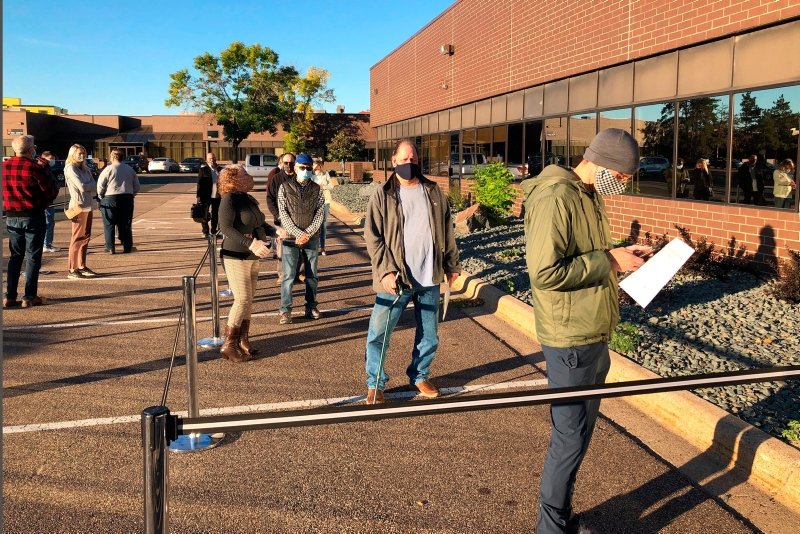 Whenever and however voters choose to cast their ballots, they will be weighing in on a number of contests beyond the race for the White House that have far-reaching implications for the future of the country.

Nationally, Biden has continued to maintain a considerable margin over the president with just 46 days to go in the race for the White House.

His advantage is narrower in Florida and North Carolina, both states Trump secured in 2016.