Michell Bachelet -- the United Nations High Commissioner for Human Rights -- voiced her concerns about use of excessive force by U.S. police in cases such as the shooting of Jacob Blake in Kenosha, Wisconsin, last month, and recently-revealed details of the death of Daniel Prude in Rochester, New York, earlier this year.

The U.N. human rights chief appealed Monday for "urgent and profound action to combat systemic racism" in the United States, and encouraged Hong Kong authorities to "monitor closely" the enforcement of a national security law in China derided by many activists.

The comments from Michelle Bachelet came in a catch-all speech to open the latest session of the U.N.-backed Human Rights Council on Monday. She also raised concerns about the human rights situation in Myanmar, Nicaragua and Venezuela, among other places on her agenda.

Bachelet, the United Nations High Commissioner for Human Rights, highlighted concerns about use of force by police in cases such as the shooting of Jacob Blake in Kenosha, Wisconsin last month, and recently-revealed details of the death of Daniel Prude in Rochester, New York, earlier this year. Overall, she said the lack of accountability "for many prior killings underscores the gravity of this crisis." 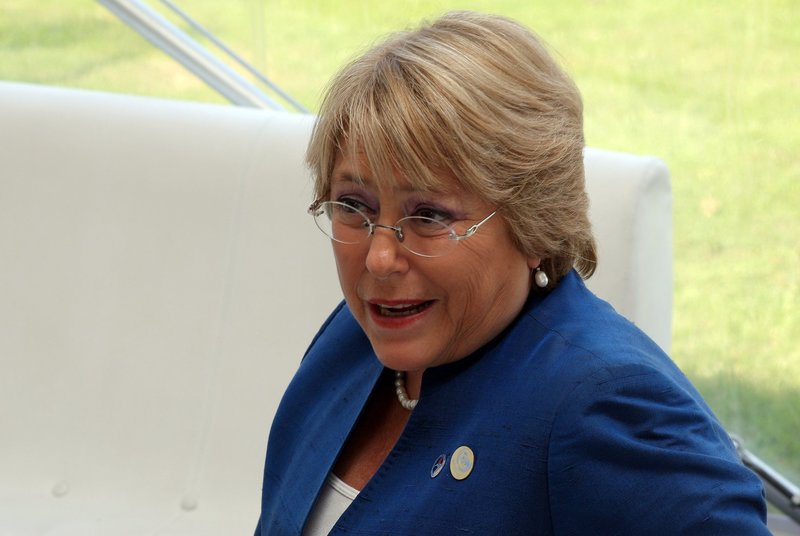 She said commitments by authorities in the United States to reform after the killing of George Floyd in Minneapolis in May "need to be matched by real change to create an environment in which African-Americans feel they are protected by law enforcement and the state."

Bachelet said she would speak later in the council's three-week session to follow up on a resolution it passed in June commissioning a report on systematic racism and discrimination against Black people.

In her speech, Bachelet also said her office was keeping tabs on the impact of a national security law in China focusing on Hong Kong that has led to charges against at least two dozen people since July.

Many see the law as Beijing's boldest move yet to remove a legal firewall between the semi-autonomous territory of Hong Kong and the mainland's Communist Party system.

"The Hong Kong authorities have consistently stated that the law is not intended to impact negatively on the peaceful exercise of human rights by Hong Kong residents," said Bachelet. "Accordingly, I would encourage the Hong Kong authorities to monitor closely the enforcement of the law by the police and the courts, and to take steps to review the law in response to any negative consequences it might have on the enjoyment of human rights."

She also denounced the "continuing repression" of the activists in Poland, and called Israel's blockade of Gaza illegal under international law and ineffective in delivering security or peace for Israelis and Palestinians. She said her office had documented 47 killings of human rights defenders in Colombia this year.