Thousands take to Israeli streets to call for Netanyahu's resignation

Thousands of Israeli protesters on Saturday poured into the streets across the country to call for the resignation of Prime Minister Benjamin Netanyahu over the corruption charges and handling of COVID-19 pandemic. Netanyahu is charged with fraud, breach of trust and bribery. Many Israelis do not want to accept that Netanyahu remains in office while the corruption trial is ongoing.

Thousands protested against Prime Minister Benjamin Netanyahu across Israel on Saturday night, demanding he resign over alleged corruption and a resurgence of coronavirus cases.

The protests took place at scores of intersections and bridges, where people held banners accusing Netanyahu of "failure" and calling for his resignation, as well as outside his private residence in the northern town Caesarea. 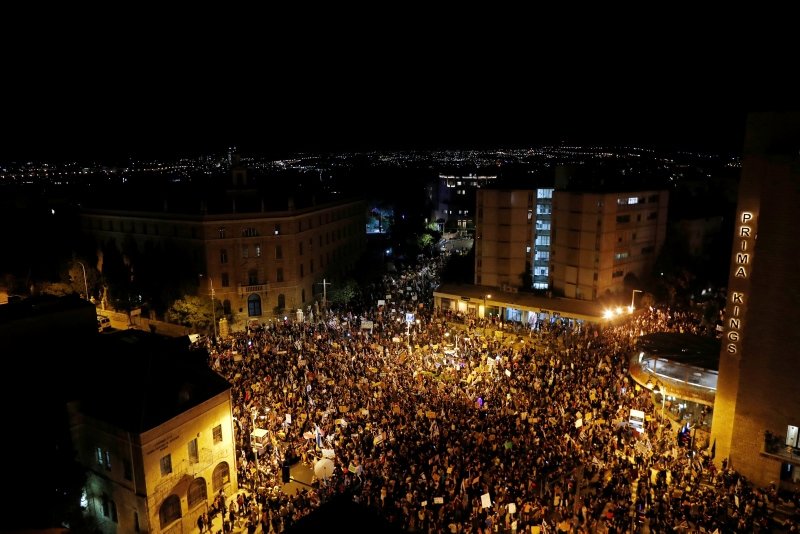 In Tel Aviv, hundreds protested against rising unemployment and the government's alleged failure to support self-employed people who have lost their livelihoods due to the pandemic, media reports said.

Wearing face masks to forestall coronavirus transmission, protestors carried signs accusing Netanyahu, whose graft trial is ongoing at the Jerusalem district court, of corruption and failing to resolve the coronavirus crisis and the related economic malaise. 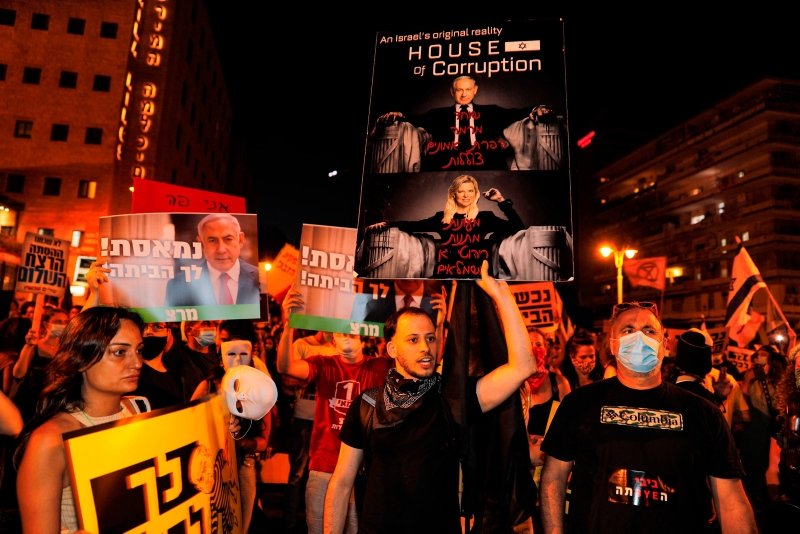 Israel won praise for its initial response to the COVID-19 outbreak, but the government has come under criticism amid a resurgence in cases after restrictions were lifted starting in late April. Netanyahu has himself acknowledged that the economy was re-opened too quickly.

The country of some nine million people has so far recorded over 72,000 confirmed cases, including 523 deaths.

The protests have been going on for weeks, with Netanyahu on Saturday night accusing private television channels 12 and 13 of "delivering propaganda for the anarchist Leftwing demonstrations" by providing extensive coverage of the rallies. 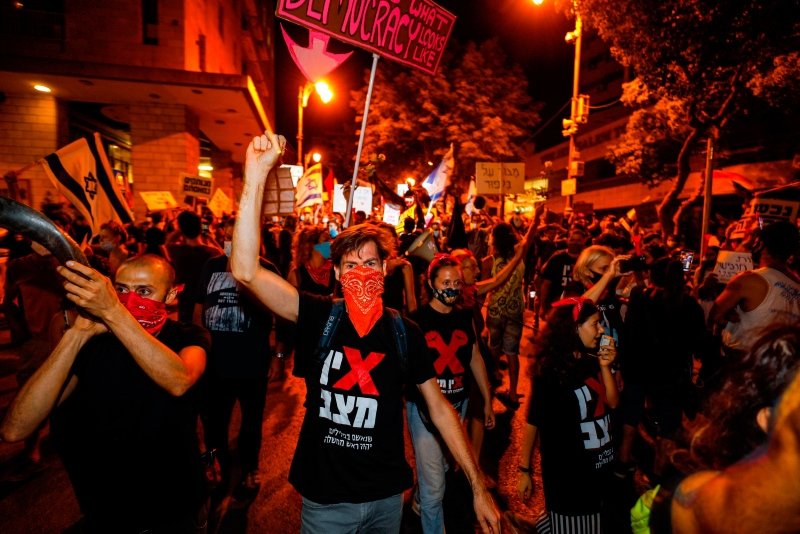 "They are desperately trying to brainwash the public, in order to bring down a strong prime minister from the Right," his Likud party wrote in a post re-tweeted by Netanyahu on Twitter.

Netanyahu further accused the media of "ignoring the violent nature of the protests and the calls in them to murder the prime minister and his family".