Thousands of people braved the rain in the far-eastern city of Khabarovsk on Saturday to attend another huge protest march against the arrest of the region's popular governor. For a fourth weekend, demonstrators marched through the streets chanting anti-Kremlin slogans and in support of ex-governor Sergei Furgal.

Thousands of people marched in the Russian far eastern city of Khabarovsk on Saturday for a fourth consecutive weekend in protest at President Vladimir Putin's handling of a local political crisis.

Residents of Khabarovsk, around 3,800 miles (6,110 km) and seven time zones east of Moscow, are unhappy about the July 9 detention of Sergei Furgal, the wider region's popular governor, who was arrested on murder charges he denies. 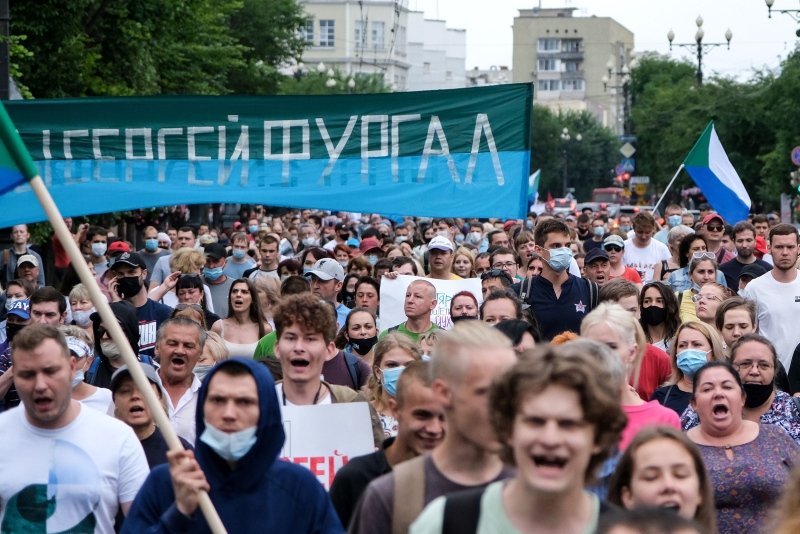 His detention, which his supporters say was politically motivated, has triggered weeks of street protests, creating a headache for the Kremlin which is trying to tackle a sharp drop in real incomes as a result of the coronavirus outbreak and keep a lid on unrest as the economy stutters.

One banner read "Russia without Putin" while protesters chanted "Putin resign!" outside a government building.

City authorities estimated around 3,500 people had taken part in the march. Some local media put the number above 10,000, but said the crowds were smaller than previous weeks. 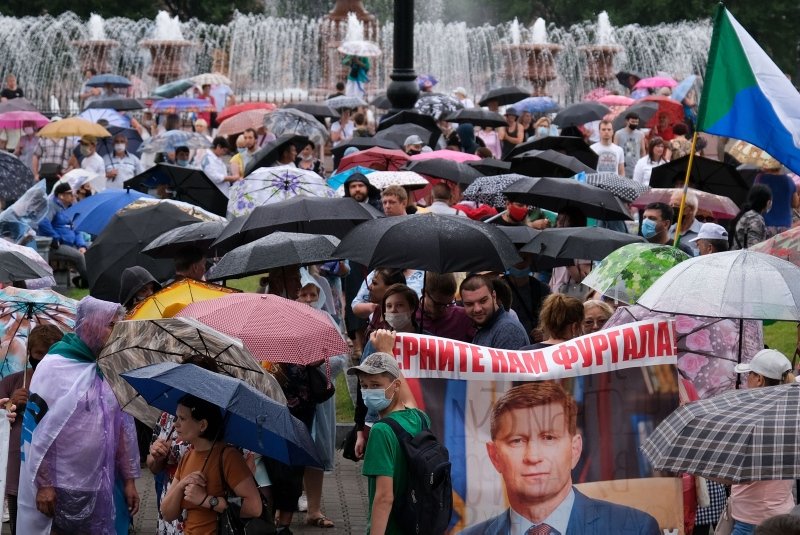 The protests have highlighted anger among some in the far east over what they see as policies emanating from detached Moscow-based authorities who have neglected them for years.

"The government doesn't think of us as people, we're scum to them," one female pensioner protester told Reuters.

"We live at the edge of the world. This is the richest country...but we live in poverty and we pensioners have to work."

Supporters of Furgal, who is a member of the nationalist LDPR party, say he is being punished for defeating a candidate from the ruling pro-Putin United Russia party in 2018. The Kremlin says Furgal has serious charges to answer. 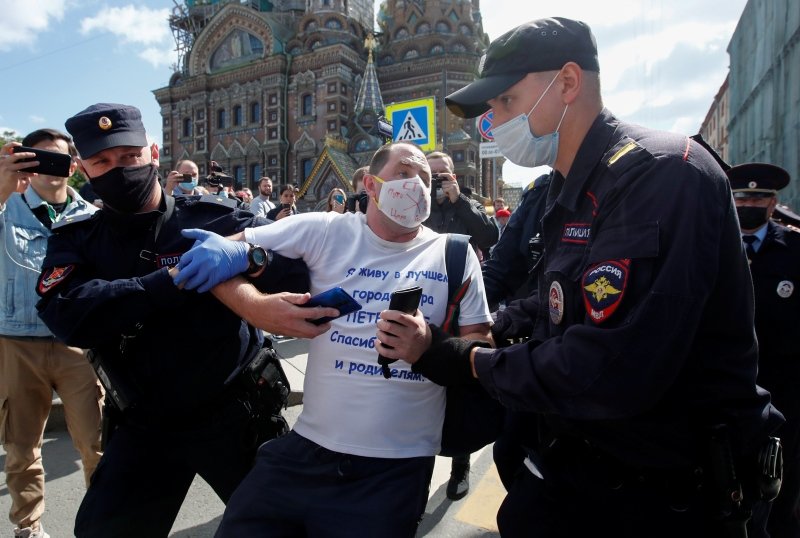 Sustained demonstrations are unusual for Russia's regions, as is a lack of response from the authorities to break them up.