Dismayed by the plastic bags piling up in the Gaza Strip, a group of young Palestinians is recycling discarded fabric into reusable totes to clamp down on waste and protect the environment.

Their cloth bags - painted with colourful characters and slogans including "NOT PLASTIC - FANTASTIC" sell for 25 shekels ($7), more than the average daily wage in the territory. 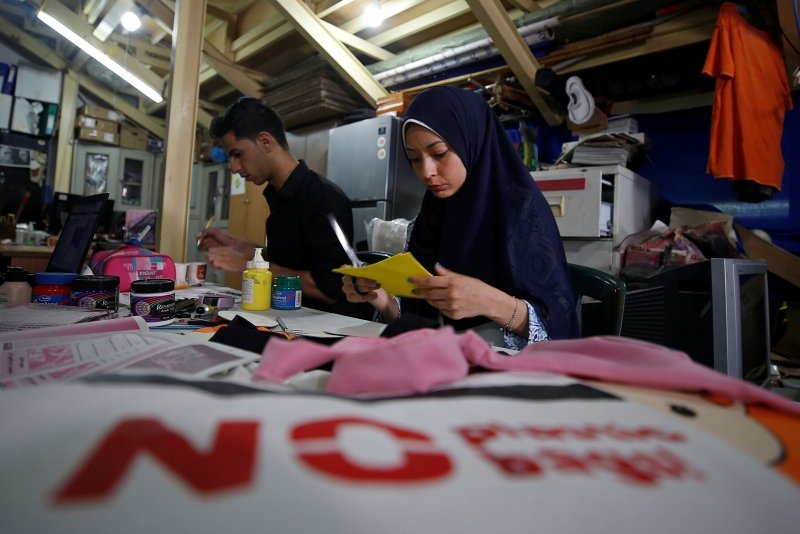 But the four entrepreneurs behind the "Gaza bags" scheme say they have also given many away and shared instructions so people can make their own at home.

"We can make bags that are environmentally friendly, from any piece of cloth around the house - an old T-shirt, for example," said Ahmad al-Madhoun, who oversees the project, a partnership with the German Agency for International Cooperation.

The scheme says it is hoping to provide an alternative to the rolls of free, single-use bags that line the aisles of Gaza's produce markets. Customers can end up with dozens of them at the end of a single shopping trip.

Ultimately it wants to raise awareness and stop waste plastic piling up in streets and landfill - a prospect not welcomed by everyone in the territory.

Every day, thousands of other young Palestinians head out to collect plastic waste at garbage dumps, load it onto donkey carts and rickshaws and sell it on to firms who recycle it for industrial use. Each 10 kg sells for five shekels. 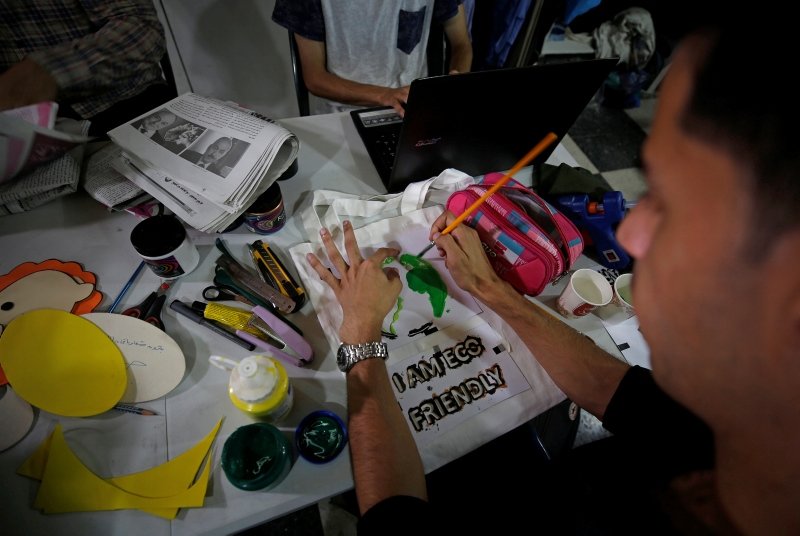 "Many young people depend on (plastic scavenging) amid the difficult economic conditions," said Khalil Al-Ramlawi, who owns one of the plastic recycling factories.

"It is very hard for people to stop using plastic," he added. "It is available and at cheaper prices than cloth."