Gibraltar on Sunday rejected a US demand to seize an Iranian oil tanker at the centre of a diplomatic dispute as it prepared to leave the British overseas territory after weeks of detention. Gibraltar's government said it could not seek a court order to detain the supertanker because US sanctions against Iran were not applicable in the European Union.

An Iranian flag flies at Iranian oil tanker Adrian Darya 1, before being named as Grace 1, as it sits anchored after the Supreme Court of the British territory lifted its detention order. [Reuters Photo]

Gibraltar refused on Sunday a U.S. request to seize the Iranian tanker caught in a stand-off between Tehran and the West, as the stationary vessel raised an Iranian flag ahead of its expected departure from the British territory.

British Royal Marines seized the vessel in Gibraltar in July on suspicion that it was carrying oil to Syria, a close ally of Iran, in violation of European Union sanctions.

That detention was ended last week, but on Friday a federal court in Washington issued a warrant for the seizure of the tanker, the oil it carries and nearly $1 million.

Gibraltar said on Sunday it could not comply with that request because it was bound by EU law.

"The EU sanctions regime against Iran – which is applicable in Gibraltar - is much narrower than that applicable in the US," the government said in a statement. 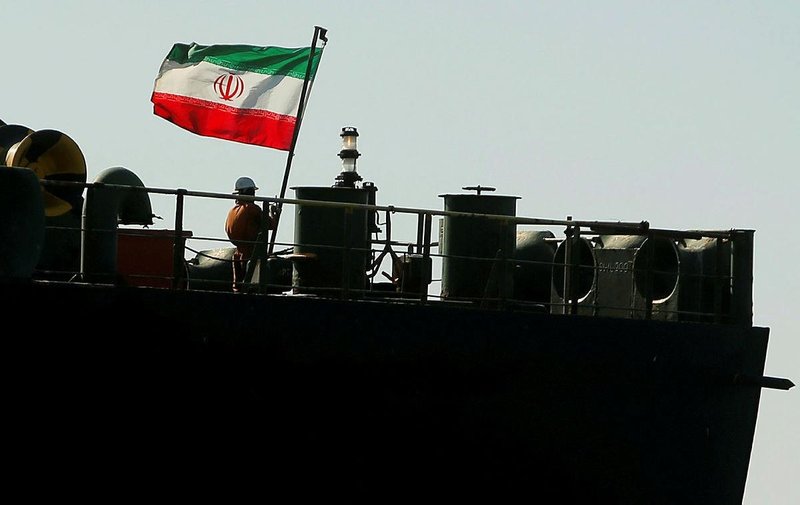 "The Gibraltar Central Authority is unable seek an Order of the Supreme Court of Gibraltar to provide the restraining assistance required by the United States of America."

Washington had attempted to detain the Grace 1 on the grounds that it had links to Iran's Islamic Revolutionary Guard Corps (IRGC), which it has designated a terrorist organisation.

Iran has denied the tanker was ever headed to Syria. 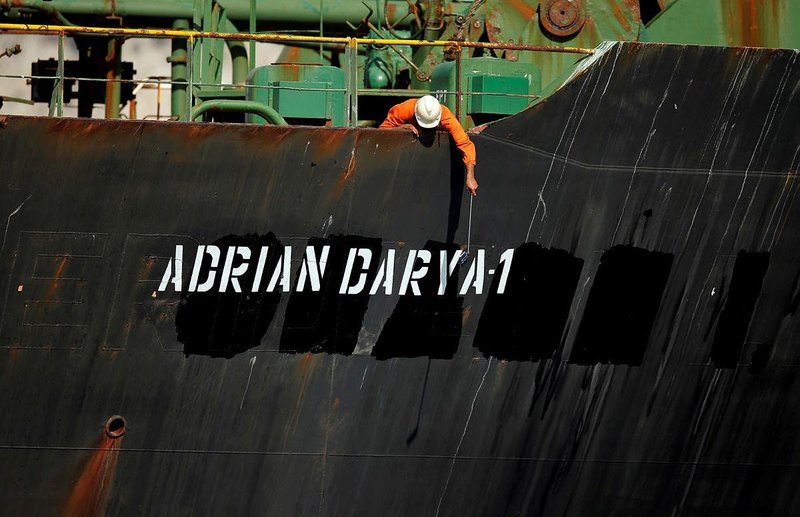 IRANIAN FLAG
Tehran said it was ready to dispatch its naval fleet to escort the tanker - now renamed the 'Adrian Darya-1' - if required.

"The era of hit and run is over ... if top authorities ask the navy, we are ready to escort out tanker Adrian," Iran's navy commander, Rear Admiral Hossein Khanzadi was quoted as saying by Mehr news agency.

On Sunday, video footage and photographs showed the tanker flying the red, green and white flag of Iran and bearing its new name, painted in white, on the hull. Its previous name, 'Grace 1', had been painted over. The vessel's anchor was still down.

The initial impounding of the Grace 1 kicked off a sequence of events that saw Tehran seize a British-flagged oil tanker in the Gulf two weeks later, heightening tension on a vital international oil shipping route. 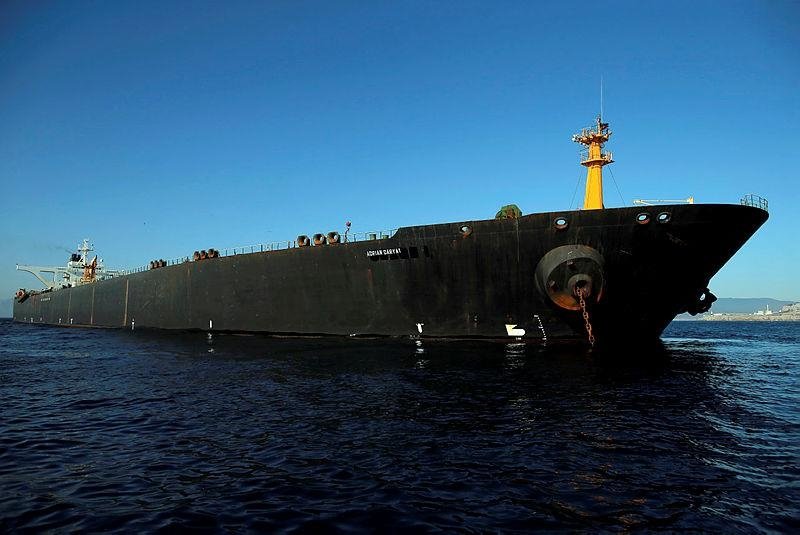 That tanker, the Stena Impero, is still detained.

The two vessels have since become pawns in a bigger game, feeding into wider hostilities since the United States last year pulled out of an international agreement to curb Iran's nuclear programme, and reimposed economic sanctions.

The Grace 1 had originally flown the Panamian flag but Panama's Maritime Authority said in July that the vessel had been de-listed after an alert that indicated the ship had participated in or was linked to terrorism financing.