Thousands of anti-Netanyahu protesters gathered in the capital of Jerusalem on Saturday to call for the departure of the Israeli premier [who faces charges of fraud, breach of trust, and accepting bribes in three cases] over mishandling of the COVID-19 pandemic and the corruption charges.

Over a thousand protesters gathered in Jerusalem on Saturday for weekly demonstrations demanding Israeli Prime Minister Benjamin Netanyahu step down over corruption charges, as smaller protests were staged at intersections and bridges across the country.

Netanyahu faces charges of fraud, breach of trust and accepting bribes in three cases involving billionaire associates and media moguls. He denies wrongdoing, but the protesters say he cannot run the country properly while under indictment. 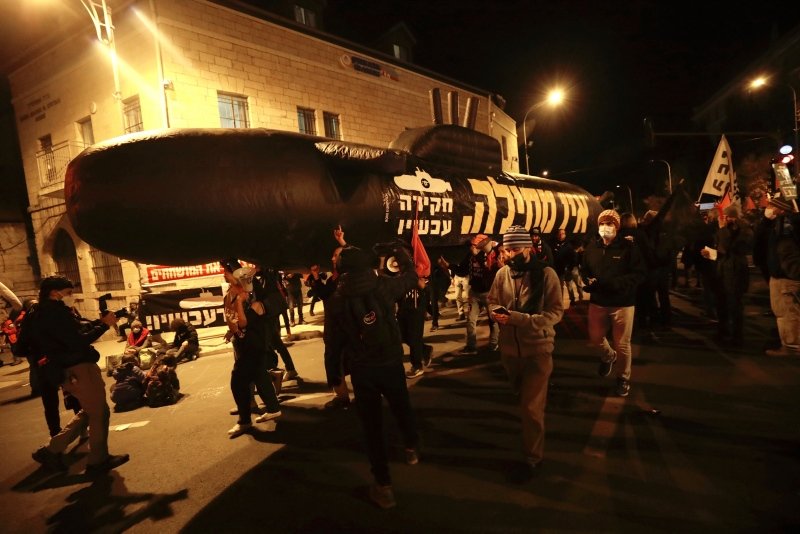 The protests have taken place each week since last summer, primarily at a Jerusalem square near Netanyahu's official residence, and continued despite lower turnout in the cold winter nights.

In March, Israel will hold its fourth national election in less than two years, and Netanyahu is facing further challenges from defectors within his Likud party.

The government's handling of the coronavirus crisis has also fueled the protests. With the country's third lockdown still in place, Israel's economy has been hit hard by virus restrictions amid surging infection rates. 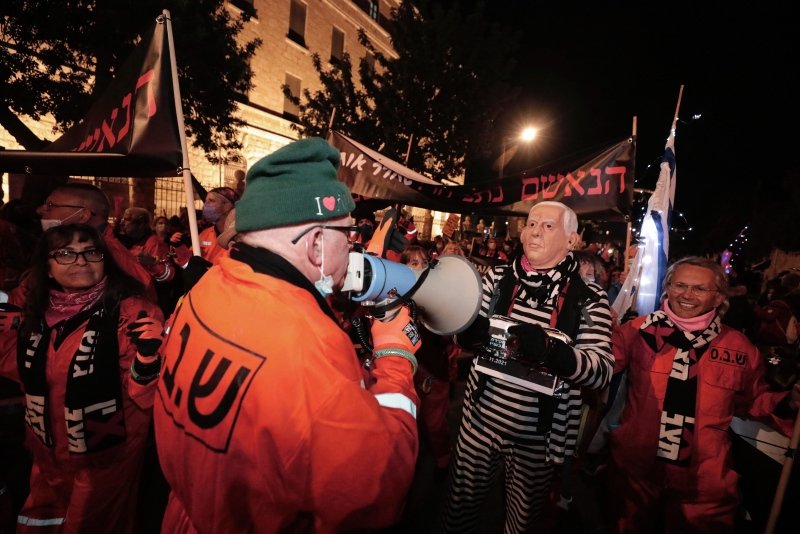 By Saturday, more than 2.5 million of Israel's 9 million population had received at least the first dose of the COVID-19 vaccine amid Israel's world-leading inoculation drive, which Netanyahu has placed at the center of his reelection campaign. However, this appears to have done little to restrain the protests.