At least 380 whales have died in a mass stranding in southern Australia, officials said Wednesday, with rescuers managing to free just a few dozen survivors. "We have got a more accurate count and we can confirm that 380 whales are dead," Tasmania's Parks and Wildlife Service manager Nic Deka said.

More pilot whales were found stranded in Australia on Wednesday, raising the estimated total to nearly 500, including 380 that have died, in the largest mass stranding ever recorded in the country.

Authorities had already been working to rescue survivors among an estimated 270 whales found Monday on a beach and two sand bars near the remote coastal town of Strahan on the southern island state of Tasmania.

Another 200 stranded whales were spotted from a helicopter on Wednesday less than 10 kilometers (6 miles) to the south, Tasmania Parks and Wildlife Service Manager Nic Deka said. 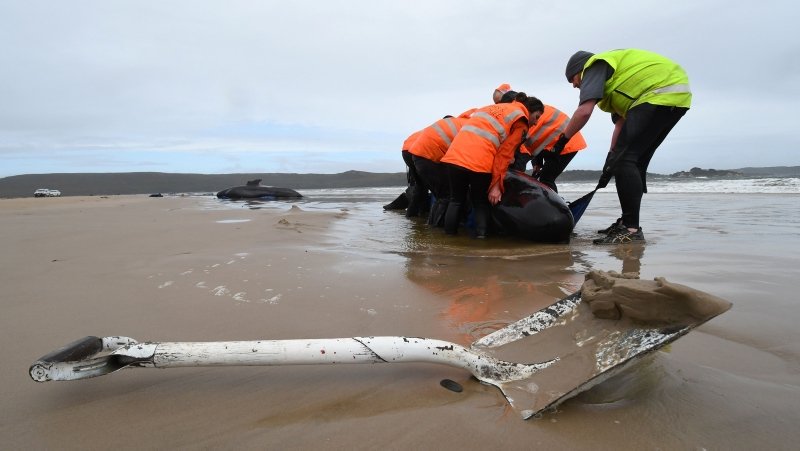 All 200 had been confirmed dead by late afternoon.

They were among 380 whales that had died overall, 30 that were alive but stranded and 50 that had been rescued since Tuesday, Deka said.

About 30 whales in the original stranding were moved from the sandbars to open ocean on Tuesday, but several got stranded again.

About a third of the first group had died by Monday evening.

Tasmania is the only part of Australia prone to mass strandings, although they occasionally occur on the Australian mainland. 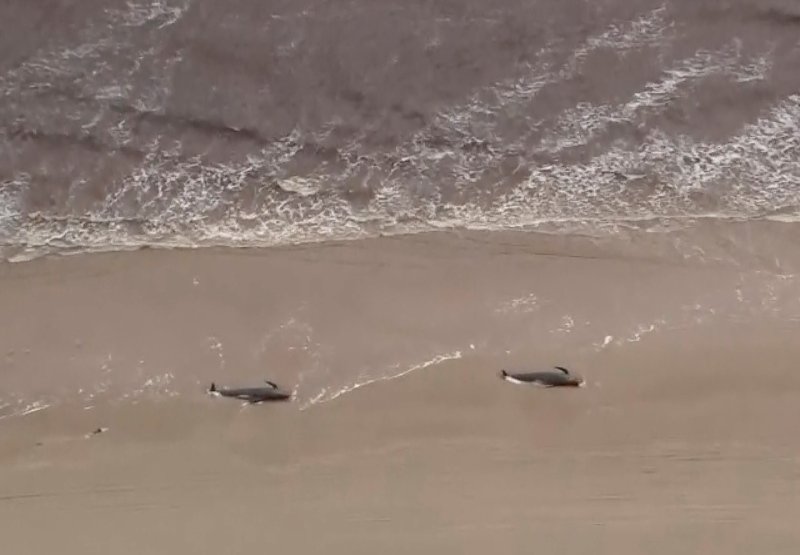 Australia's largest mass stranding had previously been 320 pilot whales near the Western Australia state town of Dunsborough in 1996.

The latest stranding is the first involving more than 50 whales in Tasmania since 2009.

Why the whales ran aground is a mystery. The pod may have been drawn into the coast to feed or by the misadventure of one or two whales, which led to the rest of the pod following, Carlyon said.

"It's really likely this was the one stranding event of a big group. This would have been one big group offshore," he said. 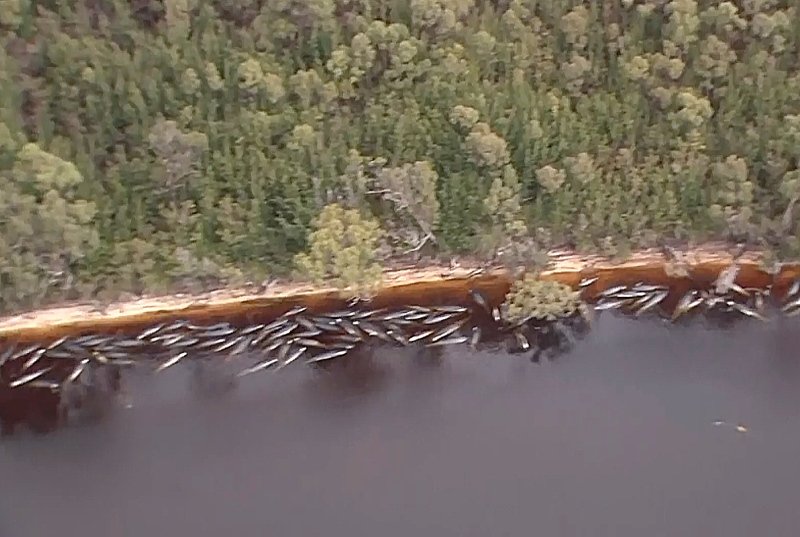 Marine scientist Vanessa Pirotta said there were a number of potential reasons why whales might become beached, including navigational errors.

"They do have a very strong social system, these animals are closely bonded and that's why we have seen so many in this case unfortunately in this situation," Pirotta said.

And rescuing them doesn't always work "because they are wanting to return back to the pod, they might hear the acoustics for the vocalizations of the sounds that the others are making, or they're just disoriented and in this case extremely stressed, and just probably so fatigued that they in some cases don't know where they are," she added. 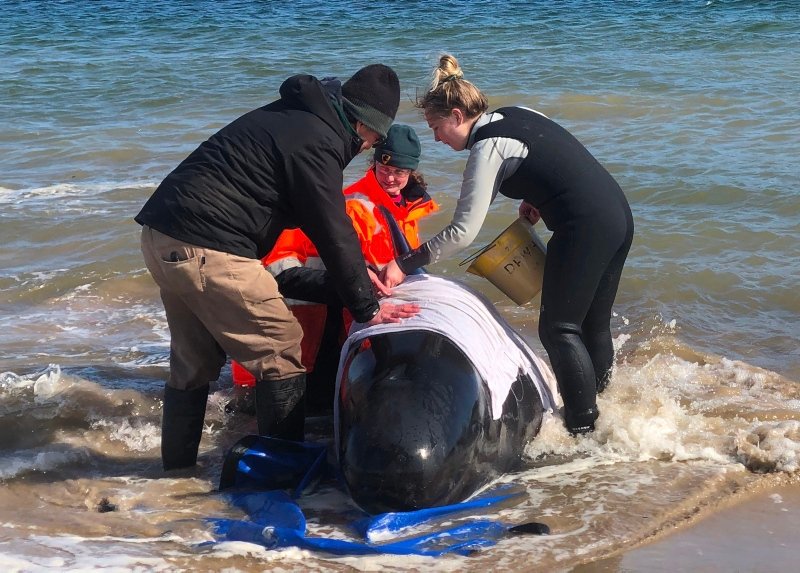 In neighboring New Zealand, more than 600 pilot whales washed up on the South Island at Farewell Spit in 2017, with more than 350 dying.