20 people died in a passenger train which crashed into a bus in Pakistan. Bus was carrying Sikh pilgrims at an unmanned railway crossing in eastern part of Pakistan. It is also reported that eight pilgrims were injured.

A passenger train crashed into a bus carrying Sikh pilgrims at an unmanned railway crossing in eastern Pakistan on Friday, killing 20 people, including seven women, officials said. At least eight pilgrims were injured.

The accident happened in the district of Sheikhupura in Punjab province, according to Raja Ijaz, an official at the state-run emergency service. Ghazi Salahuddin, the district police chief, said the dead and injured were taken to a nearby hospital. 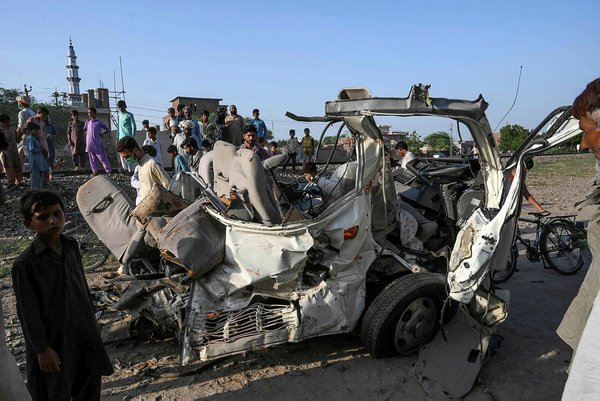 The Sikh pilgrims were from the northwestern city of Peshawar and were returning home from a visit to the shrine of Nankana Sahib in Sheikhupura. The officials said the injured were later transported to a hospital in Lahore, the capital of Punjab province, with two of the victims listed in critical condition.

Asghar Joya, a government official in Sheikhupura, said an initial assessment indicated the bus driver tried to cross the railway tracks as the train neared but the bus skidded and got stuck. He said, however, that officials were still investigating.

TV footage showed the train and the badly destroyed bus on the railway tracks.

Sheikhupura resident Dilbir Singh said the pilgrims, after visiting the shrine and before leaving for Peshawar, had also visited the home of a relative whose family member had recently died. 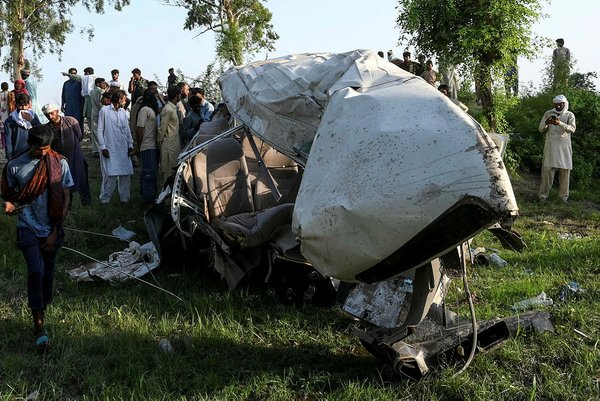 Sikhs have several shrines of their religious leaders in Pakistan. One, of Sikh founder Guru Nanak, built after he died in the 16th century, is located in the Punjab village of Kartarpur, on the border with India.

Many Sikh holy sites became part of Pakistan after the British partitioned the subcontinent into India and Pakistan in 1947 following two centuries of colonial rule. Ties between the rival nuclear-armed neighbors deteriorated sharply after India revoked the disputed Kashmir region's semi-autonomous status in early August.

Train accidents are common in Pakistan, mainly due to lack of enforcement of safety standards, a poorly kept railroad system and negligence of drivers. In February, a train crashed into a bus carrying passengers at an unmanned railway crossing in the district of Rohri in southern Pakistan, killing 19 people and injuring 28 others.

Last November, a fire caused by a cooking gas stove swept through a train in Punjab, killing 74 people. Survivors at the time said it took nearly 20 minutes for the train to stop; there were also contradictory reports about the condition of the train's brakes.