The family of a 65-year-old civilian killed in Indian-administered Kashmir on Wednesday said he was killed in "cold blood" by government forces in the region. A picture showing a three-year-old boy sitting on Khan's corpse went viral on the social media, stirring anger in the region.

A photo of a toddler sitting on the chest of of his dead grandfather has outraged residents of Indian-controlled Kashmir after the victim's family accused government forces of shooting the 65-year-old man during a clash with rebels in the disputed region.

Suhail Ahmed, the victim's son, said on Thursday that his father, Bashir Ahmed Khan, was "dragged out of his car and shot in cold blood" in front of his 3-year-old grandson during a gunbattle Wednesday between Indian troops and rebels in northwestern Sopore town. He said troops later placed the child on his father's chest and took pictures. 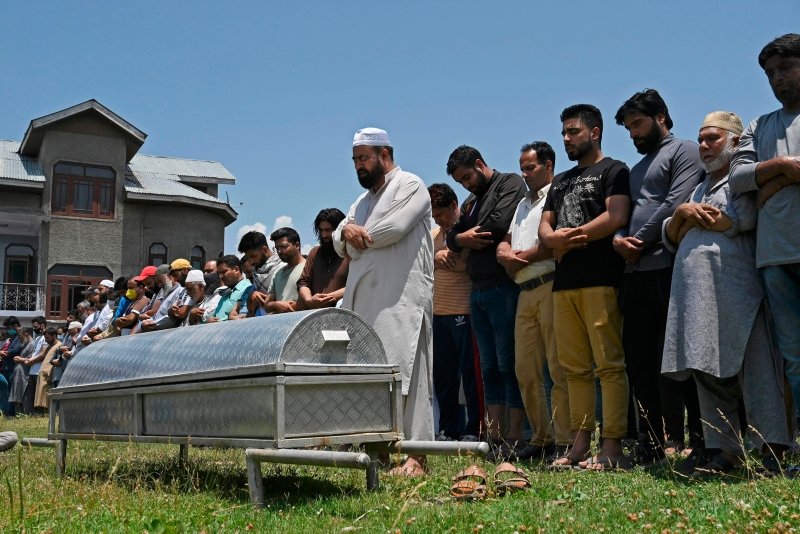 A series of pictures by an unidentified photographer were widely shared on social media shortly after the gunbattle. Hundreds of angry people staged anti-India protests, accusing the government forces of using the child's images as PR stunt.

Police said the man was killed when rebels fighting against Indian rule shot at paramilitary soldiers from a mosque attic in Sopore. They said the attack killed one soldier and wounded three others.

Kashmir's inspector-general of police, Vijay Kumar, denied the family's account, saying the man was killed by militant firing. He said troops rescued the child during the fighting and accused the family of blaming the government forces under militant pressure. 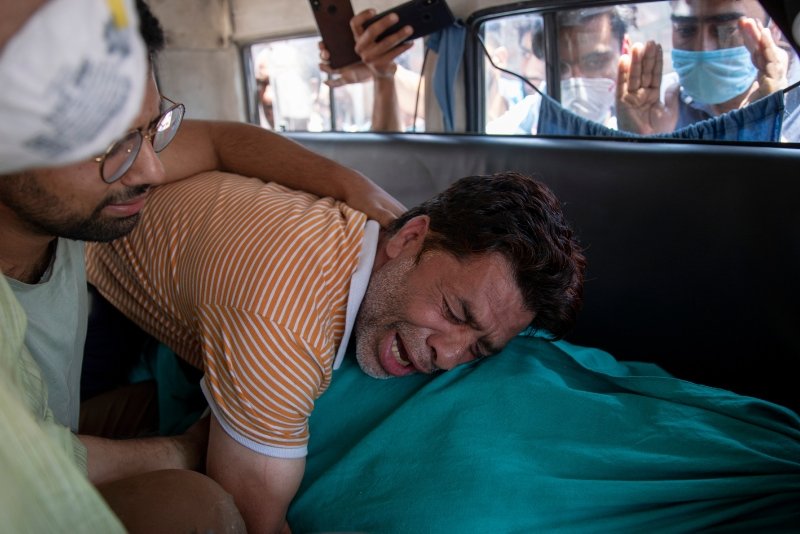 According to the family, Khan was driving in his car with his grandson from his home in the main city of Srinagar.

"The police version is a blatant lie. If he was caught in the crossfire, his body would have been inside his car or his car would have suffered some damage. There's not even a scratch or a bullet mark on his car," Ahmed said, as he wailed. "This is such heartlessness, such cruelty."

One of the photos showed a policeman holding the child in his lap and another showed the crying toddler, bloodstains on his shirt and cookies in both of his hands, inside a police jeep.

The Indian chapter of Amnesty International criticized the police for disclosing the identity, saying it was a violation of juvenile justice and the Convention on the Rights of the Child. 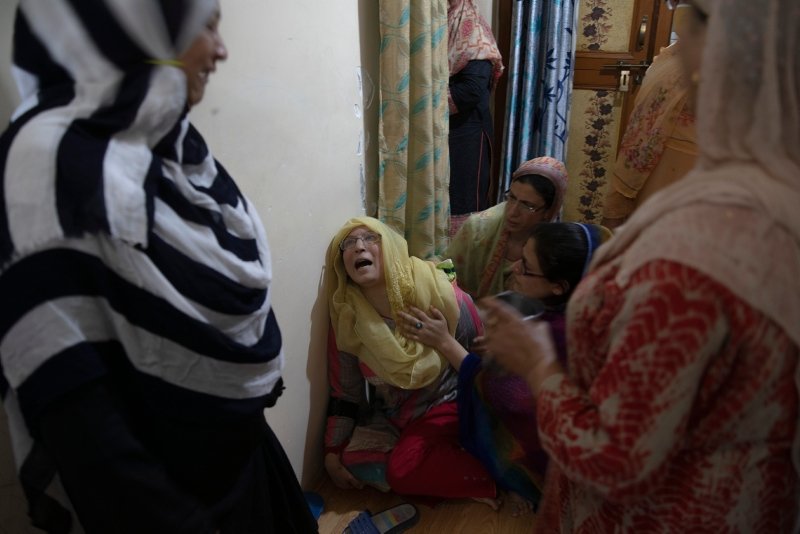 Despite the coronavirus outbreak, violence has escalated in Kashmir in recent months as India has stepped up its counterinsurgency operations. Militants have also continued attacks on government forces and alleged informants.

At least 143 rebels, 54 government troops and 32 civilians have been killed in more than 100 military operations across Kashmir since January, the Jammu-Kashmir Coalition of Civil Society, a prominent local rights group, said in a recent report.

India and Pakistan both claim the territory in its entirety. Kashmiris support the rebels' goal of uniting the territory, either under Pakistani rule or as an independent country. 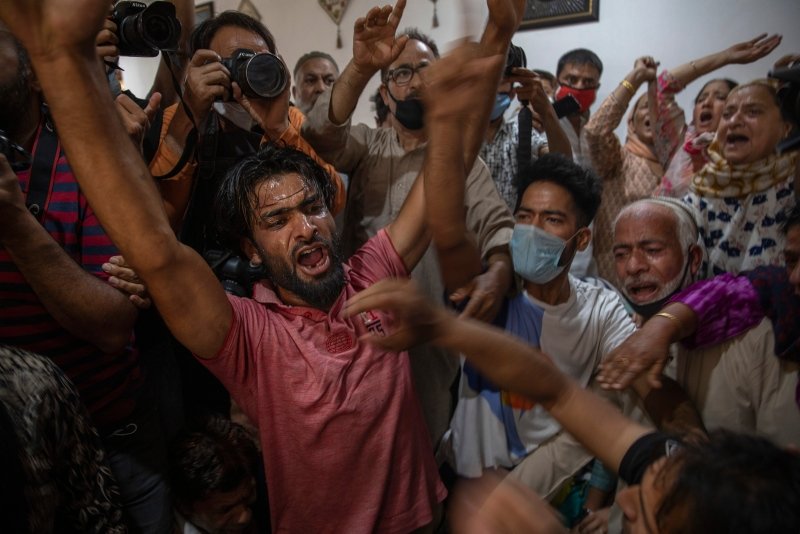 India accuses Pakistan of arming and training the anti-India rebels. Pakistan denies this, saying it offers only moral and diplomatic support to the militants and to Kashmiris who oppose Indian rule.

Rebels have been fighting Indian rule since 1989. About 70,000 people have been killed in the uprising and the ensuing Indian military crackdown.