Palestinian journalist loses vision after being shot by Israeli fire

Muath Amarneh (32) has lost vision in one eye after apparently being struck by Israeli fire while covering a demonstration last week in the occupied West Bank, according to the information gained from the relatives of a Palestinian freelance photographer.

A Palestinian videographer has been blinded in one eye after being shot by an Israeli sniper while covering protests in the West Bank city of Hebron (Al-Khalil).

A freelancer from al-Dheisheh refugee camp in the West Bank city of Bethlehem, Muath Amarneh, 32, was shot by a live bullet in his left eye while covering protests in Surif village near Hebron earlier this week. 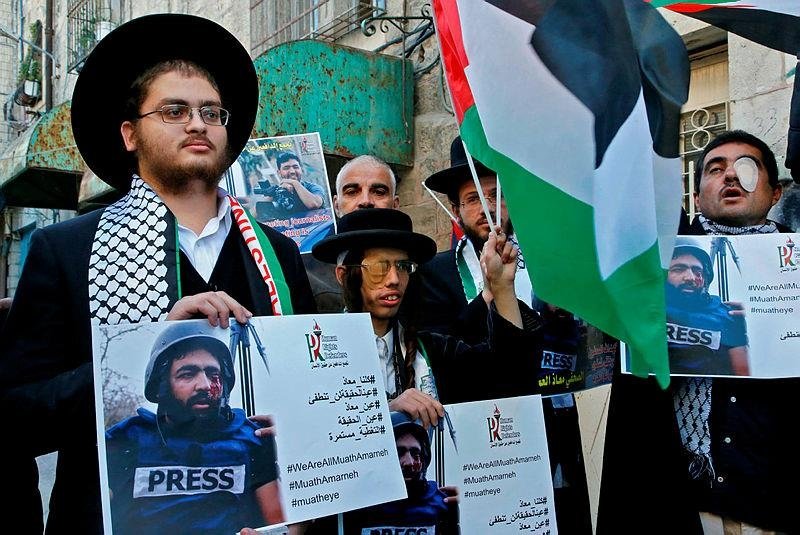 Muath Amarneh's case has drawn significant attention among Palestinians and in several Arab countries, with journalists voicing solidarity by posting photos on social media with themselves wearing eye patches.

Also, several Arab and foreign politicians, sportsmen and journalists showed their solidarity with the Palestinian journalist, appearing on social media and television while covering their left eye. 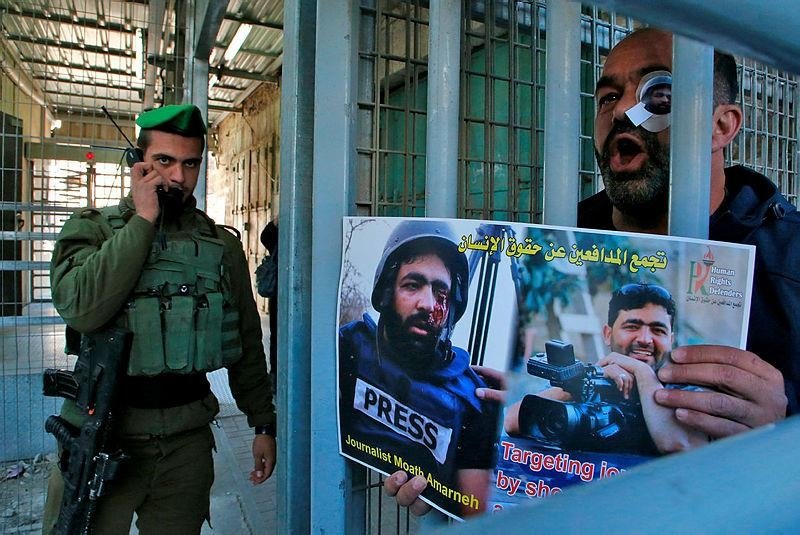 Israeli paramilitary border police fired tear gas Sunday at Palestinian journalists who held a protest in solidarity with Amarneh in the city of Bethlehem. Protests were also held in Gaza City.

Palestinian colleagues say Amarneh was targeted by Israeli forces during a demonstration Friday near the West Bank city of Hebron. 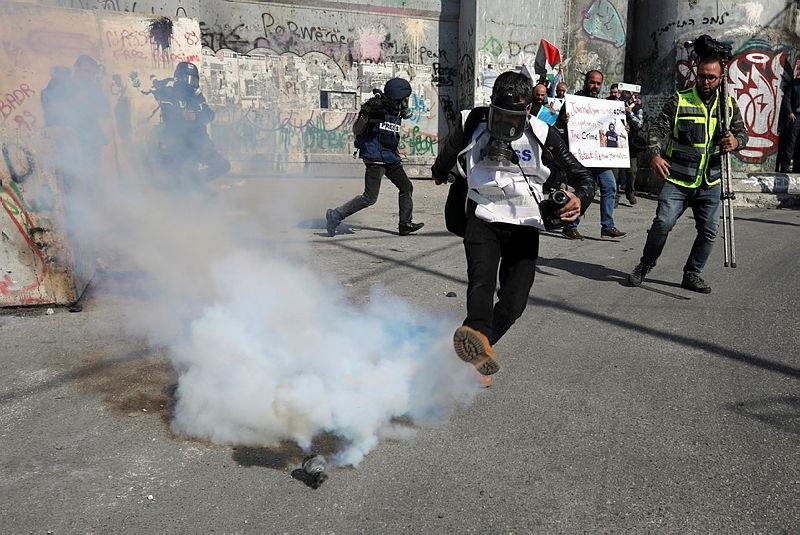 On Tuesday, Muath underwent a critical surgery when doctors successfully removed the remaining of the journalist's left eye.

The doctors, however, could not remove a shrapnel from his head due to high risk to his life.

The Palestinian Journalists Syndicate said it has documented almost 600 Israeli violations against Palestinian journalists this year.

"Palestinian journalists were subjected to Israeli bullets, which have led to the injury of 60 of them seriously," it said in a statement. 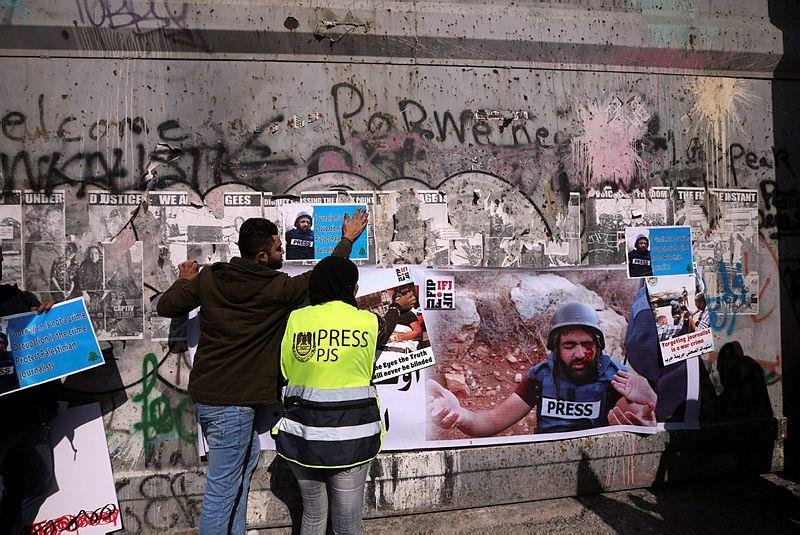 A video from the incident posted online showed Amarneh being carried off by other journalists while bleeding from his left eye. The demonstrators were protesting what they say were confiscations of village land by the Israeli military.

Palestinian President Mahmoud Abbas called Amarneh and condemned the shooting, pledging to ensure he gets the best medical care for his injury.

Palestinian journalists frequently report abuse by Israeli security forces, but have little to no recourse for redress.

Last year, an Associated Press cameraman was shot while covering Palestinian protests along the Gaza border fence by an Israeli sniper.