Omar: Go to Israel, see 'cruel reality of the occupation'

Rashida Tlaib and Ilhan Omar, the two US lawmakers barred by Israel from travelling to the West Bank, slammed Israeli travel restrictions during a press conference on Monday and accused Israeli Prime Minister Benjamin Netanyahu of seeking to mask human rights abuses. "We cannot let Trump and Netanyahu succeed in hiding the cruel reality of the occupation from us," Omar said during a press conference in the US state of Minnesota on Monday.

Democratic Reps. Ilhan Omar and Rashida Tlaib sharply criticized Israel on Monday for denying them entry to the country and called on fellow members of Congress to visit while they cannot.

Omar, of Minnesota, suggested President Donald Trump and Prime Minister Benjamin Netanyahu were suppressing the lawmakers' ability to carry out their oversight role. 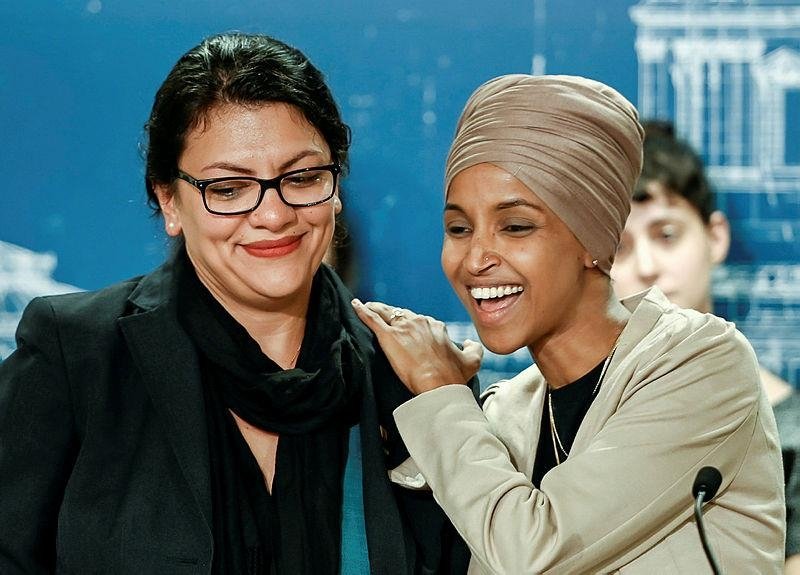 At Trump's urging, Israel denied entry to the first two Muslim women elected to Congress over their support for a Palestinian-led Boycott, Divestment and Sanctions global movement. Tlaib and Omar, who had planned to visit Jerusalem and the Israeli-occupied West Bank on a tour organized by a Palestinian group, are outspoken critics of Israel's treatment of the Palestinians.

Tlaib, a U.S.-born Palestinian-American from Michigan, had also planned to visit her aging grandmother in the West Bank. Israeli officials later relented and said she could visit her grandmother after all.

But Tlaib got emotional as she told how her "Sitty" — an Arabic term of endearment for one's grandmother that's spelled different ways in English — urged her during a tearful late-night family phone call not to come under what they considered such humiliating circumstances. 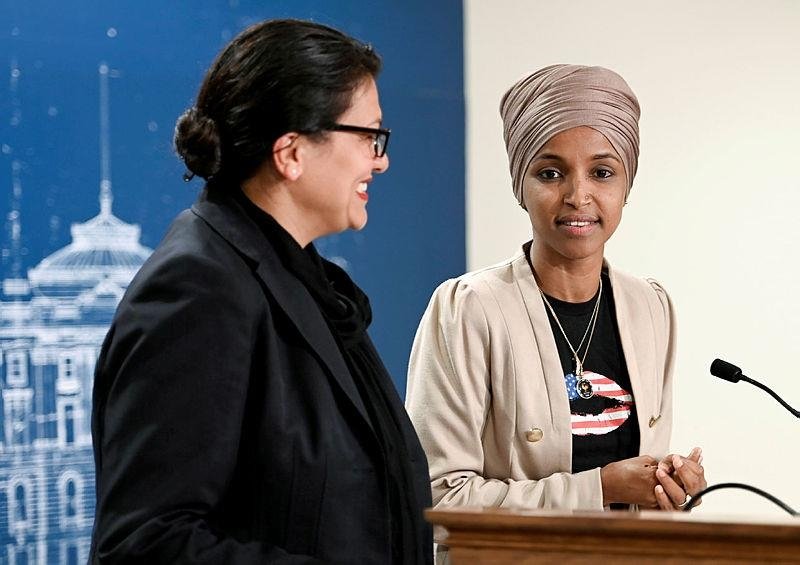 "She said I'm her dream manifested. I'm her free bird," Tlaib recalled. "So why would I come back and be caged and bow down when my election rose her head up high, gave her dignity for the first time?"

Tlaib and Omar were joined Monday by Minnesota residents who said they had been directly affected by travel restrictions in the past. They included Lana Barkawi, a Palestinian-American, who lamented that she has never been able to visit her parents' homeland.

Barkawi said she had a chance to visit her father's village in the West Bank near Nablus during a family visit to Jordan about 25 years ago, but her parents decided not to risk crossing the border. 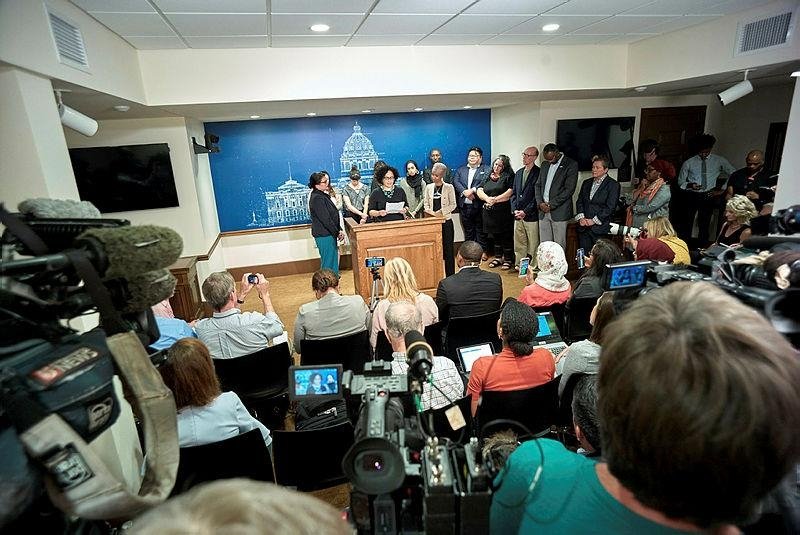 "My father could not put himself to be in a position where an Israeli soldier is the person with control over his entry into his homeland," Barkawi said. "This is an enduring trauma that he and my mother live."

Before Israel's decision, Trump tweeted it would be a "show of weakness" to allow the two representatives in. Israel controls entry and exit to the West Bank, which it seized in the 1967 Mideast war along with east Jerusalem and the Gaza Strip, territories the Palestinians want for a future state. 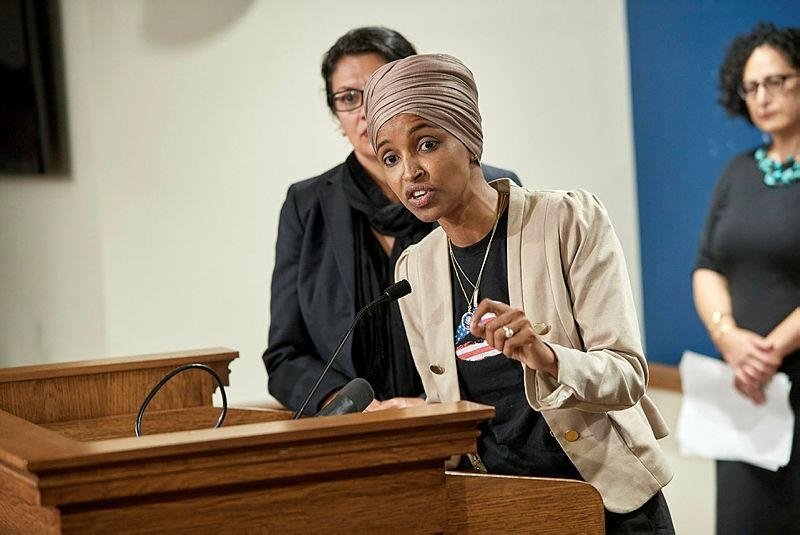 "Congresswomen Rashida Tlaib and Ilhan Omar have a well-documented history of anti-Semitic comments, anti-Semitic social media posts and anti-Semitic relationships," he said in a statement. "Israel has the right to prevent people who want to destroy it from entering the country — and Democrats' pointless Congressional inquiries here in America cannot change the laws Israel has passed to protect itself."

Supporters say the Boycott, Divestment and Sanctions movement is a nonviolent way of protesting Israel's military rule over Palestinians, but Israel says it aims to delegitimize the state and eventually wipe it off the map.

The two congresswomen are part of the "squad" of four liberal House newcomers — all women of color — whom Trump has labeled as the face of the Democratic Party as he runs for reelection. The Republican president subjected them to a series of racist tweets last month in which he called on them to "go back" to their "broken" countries. They are U.S. citizens — Tlaib was born in the U.S. and Omar became a citizen after moving to the U.S. as a refugee from war-torn Somalia. 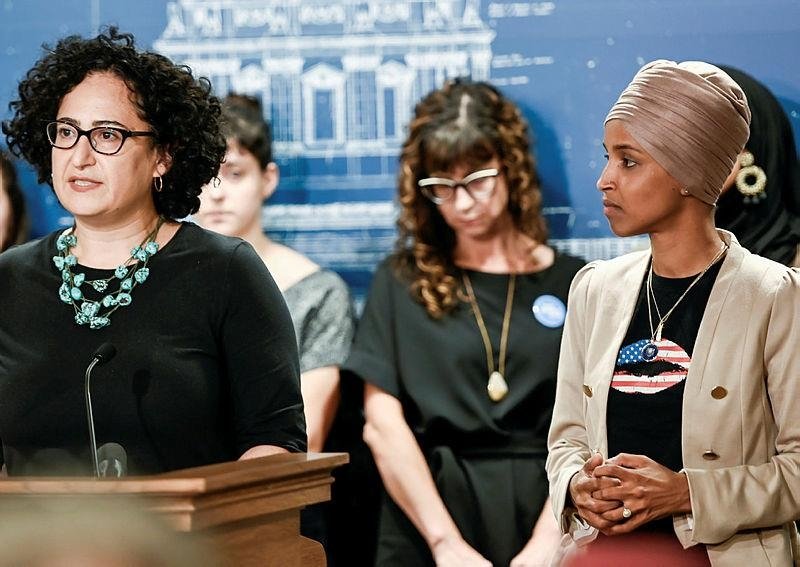 "There is no way that we are ever, ever going to allow people to tear us down, to see us cry out of pain, to ever make us feel like our (citizenship) certificate is less than theirs," Omar said. "So we are going to hold our head up high. And we are going to fight this administration and the oppressive Netanyahu administration until we take our last breath."