French "yellow vests" demonstrators on Saturday staged their 20th week of anti-government protests despite bans in hotspot areas, as banks called for an end to violence against branches, cash machines and personnel. "After a while, you have to respect people and not tell them 'you are fragile and you stay at home' ... Everybody has things to say, why are we trying to shut them up? That is not democracy," a yellow vest protester said by reacting to the bans on demonstrations in hotspot areas.

French yellow vest protesters were rallying Saturday to support an activist injured in a confrontation with police and show they remain mobilized against the government's economic policies. 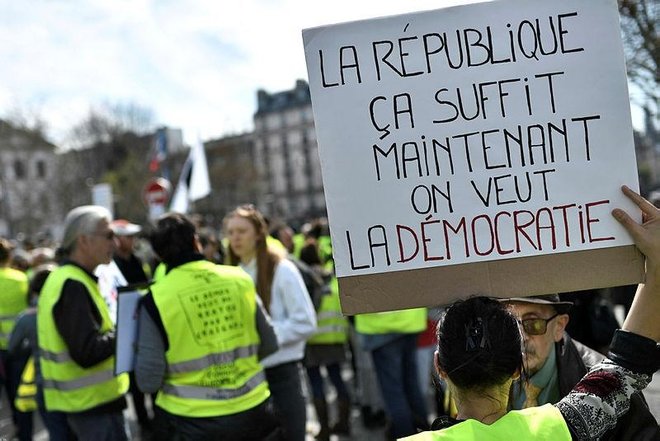 The demonstrators are undeterred by protest bans or repeated injuries in 20 weeks of demonstrations. So they're marching again Saturday in Paris, Bordeaux, and other cities to keep pressing President Emmanuel Macron to do more to help the working classes, redesign French politics — or step down altogether.

They're also showing solidarity with Genevieve Legay, a 73-year-old anti-globalization activist who suffered a head injury in the southern city of Nice last weekend. The Nice prosecutor said a police officer pushed her down. 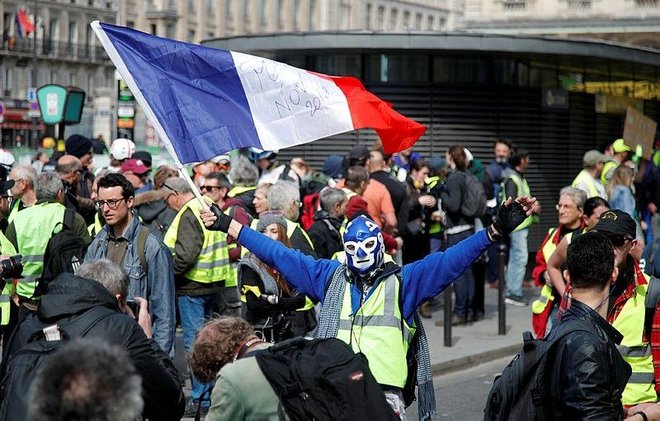 "We are all Genevieve!" read an online appeal for Saturday's protests.

In Paris, thousands of yellow vests started marching from the Gare de l'Est, in the north of the city center. They were heading south to weave through the Left Bank and past the Eiffel Tower.

The French capital was placed under high security. Protests were banned around the Champs-Elysees, scene of recent rioting. 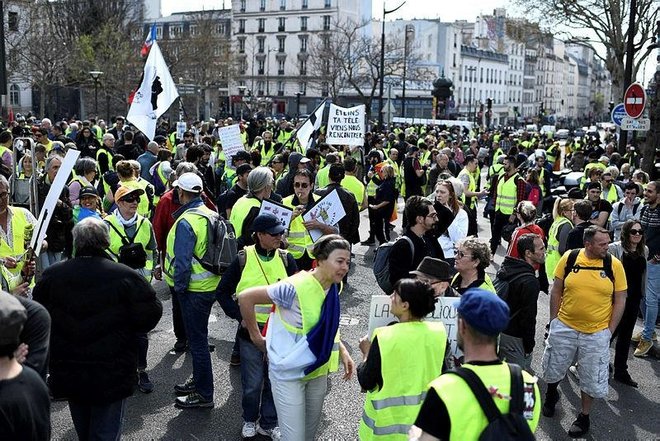 Audrey Bayart, who came from northern France for the protest, said Legay's case shows the government's contempt toward protesters, especially after Macron told a newspaper the elderly woman should have had the "wisdom" not to join the Nice protest.

"After a while, you have to respect people and not tell them 'you are fragile and you stay at home' ... Everybody has things to say, why are we trying to shut them up? That is not democracy," she said. 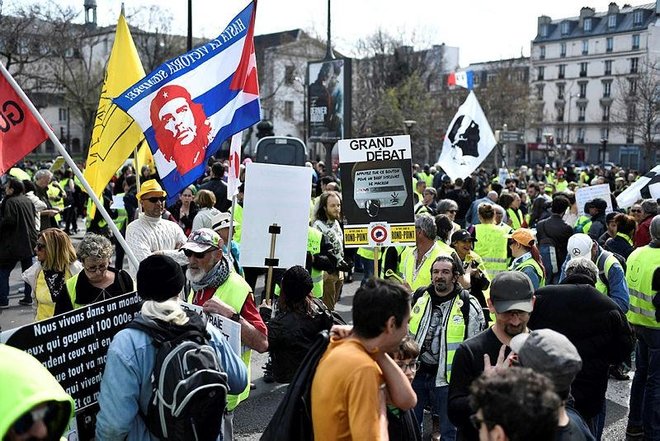 The movement has appeared to lose support in recent weeks, drawing significantly smaller crowds than at its beginning in November, when hundreds of thousands of people mobilized across France, initially to oppose fuel tax hikes, before expanding into a broader rejection of Macron's economic policies.

The government is expected to announce next month a new batch of measures as a result of a "great debate" launched by Macron so that ordinary French people can express their views on the country's economic and democratic issues.