UAE ridiculed for handing gender equality awards to men only 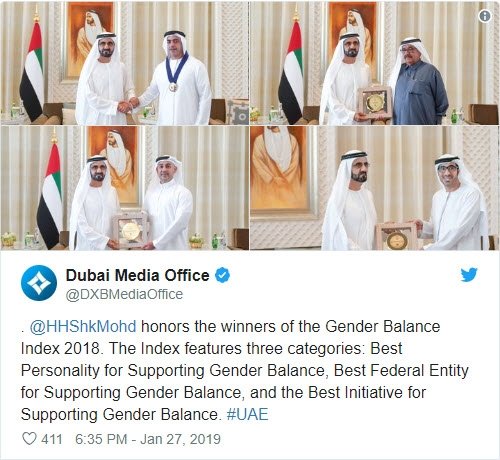 Twitter users were quick to point out that neither the awards nor the media coverage included any women.

"All the winners are men, absurd. You are now a laughing stock," one user wrote.

"As a media office you surely can see why putting out these pics is a really stupid idea?!" another tweeted.

The Media Office later tweeted again, sharing several photos, one of which showed Sheik Mohammed and the award winners flanked by five women. Another photo showed a woman holding one of the awards before it was presented to her male counterpart. 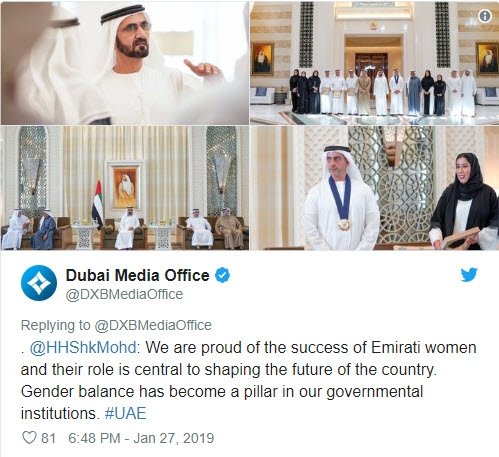 "We are proud of the success of Emirati women and their role is central to shaping the future of the country," said the tweet, which failed to appease disgruntled Twitter users.

One Twitter user wrote: "Oh look, a woman holding the framed certificate for someone not her."

Last month, the World Economic Forum ranked the UAE 121 out of 149 countries on its 2018 Global Gender Gap Report. The UAE took 134th place in terms of economic participation and opportunity.

Human Rights Watch in its annual report drew attention to the fact that the UAE's 2015 anti-discrimination law lacks discrimination on the basis of sex and gender.