Over 2 million Muslims in Mecca for start of hajj pilgrimage

More than two million Muslims begin the annual hajj on Friday as the Saudi hosts seek to deter politicisation of the pilgrimage against a backdrop of simmering Gulf tensions. The hajj, one of the world's largest annual religious gatherings, is one of the five pillars of Islam and must be undertaken by all Muslims with the means at least once in their lives. It consists of a series of religious rites which are completed over five days in Islam's holiest city and its surroundings in western Saudi Arabia.

More than 2 million pilgrims were gathered in the holy city of Mecca in Saudi Arabia on Friday to perform initial rites of the hajj, an Islamic pilgrimage that takes the faithful along a path traversed by the Prophet Muhammad some 1,400 years ago.

The hajj in Islam is meant to be a great equalizer and unifier among Muslims, with pilgrims shedding overt displays of wealth and materialism. All male pilgrims wear simple terry cloth white garments and women don conservative dress and headscarves, forgoing makeup, nail polish and perfume in an effort to draw closer to God and engage in intense worship for the five-day hajj. 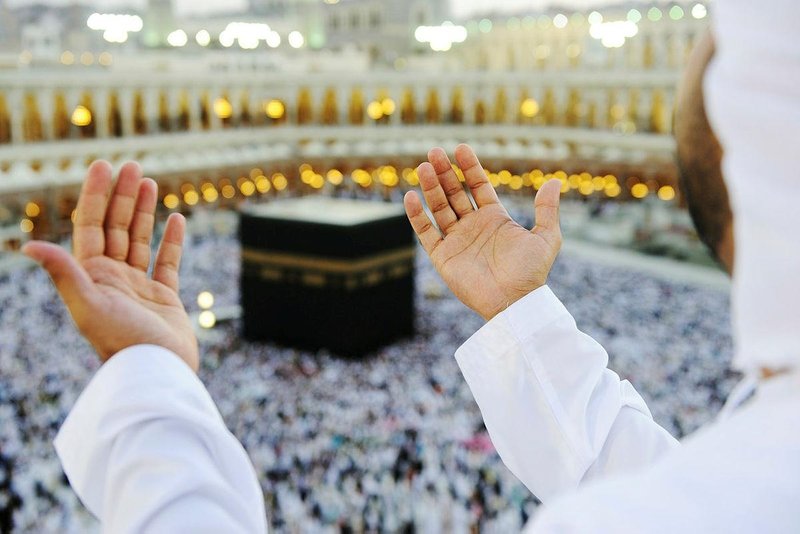 On Friday, thousands of pilgrims circled the cube-shaped Kaaba in Mecca, Islam's holiest site. They circle the Kaaba counter-clockwise, their hearts tilting toward the structure that's meant to symbolize the monotheistic principle of the oneness of God in Islam. Muslims around the world pray toward the Kaaba daily, using compasses to help them pray in its direction.

The hajj is one of the largest and most diverse gatherings in the world, drawing more than 1.8 million people from around the world this year, according to Saudi officials. Several hundred thousand more pilgrims are Saudi residents or citizens. Last year, 2.4 million people took part in the hajj, with similar numbers expected for 2019. 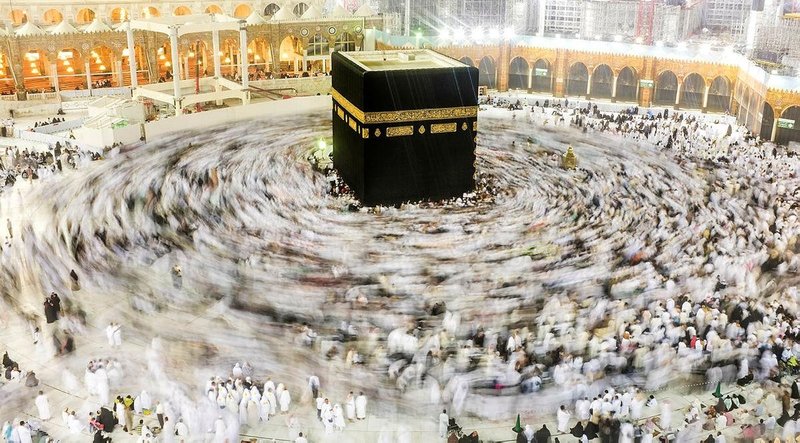 "I am very happy now. It is the first time I am here in Mecca. I am very excited," Siti Haslina Yousof, a Malaysian pilgrim in Mecca, said.

The pilgrimage this year takes place amid a backdrop of political and sectarian tensions between Saudi Arabia and Iran and as conflicts continue to flare in Yemen, Syria and Libya. Muslim minorities around the world also face increased threats, with Uighurs facing repression in China, Rohingya facing genocide in Myanmar and Kashmiris under a sweeping curfew and communication blackout in Indian-administered Kashmir. 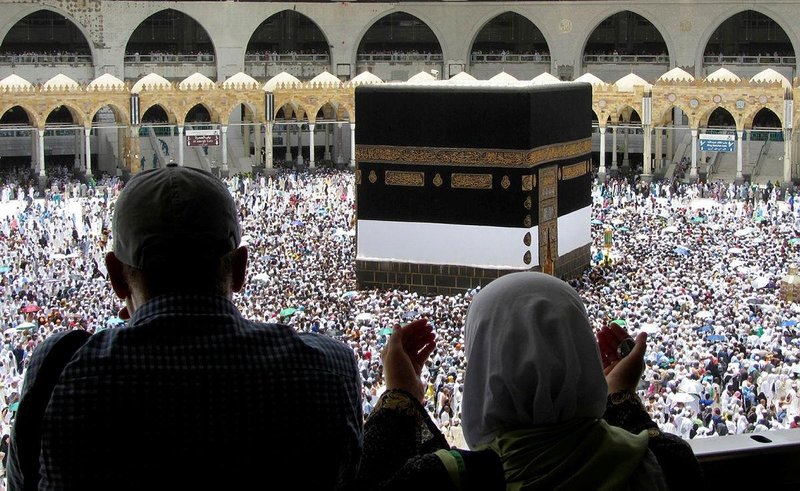 "I cannot express my feelings. The atmosphere is spiritual, still and tranquil," said Ali Ahmed Al-Sudani, a Yemeni pilgrim. "We hope Yemen will be united for good."

Saudi King Salman invited as his guests to the hajj this year 200 survivors and relatives of victims of a shooting spree in Christchurch, New Zealand, where a white gunman opened fire and killed 51 people in two mosques. 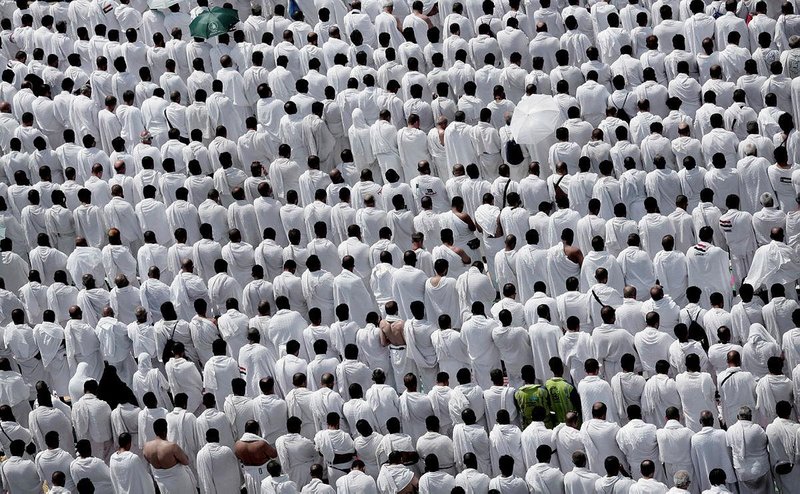 Those on the hajj view the pilgrimage as an opportunity to strengthen one's faith, erase past sins and start anew. The hajj is one of the five pillars of Islam, required of all Muslims to perform once in their lifetime if they are physically and financially able.

For the well-heeled, the pilgrimage includes a partial stay in towering five-star hotels with lavish buffets overlooking the Kaaba. But for most, it means sleeping in simple accommodations or even spending weeks sleeping on the ground around Mecca's Grand Mosque to perform daily prayers and rites near the Kaaba. 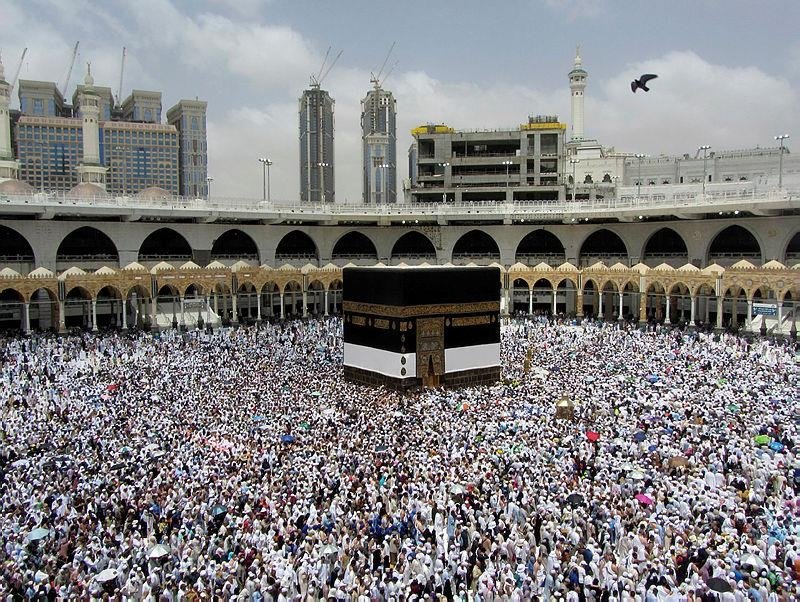 Many pilgrims will save for years to perform the hajj. Charities and wealthier Muslims often also help fund those unable to cover the costs.

In addition to being financially costly, the hajj is physically demanding, involving much walking and travel between various points along the route.

To ease the journey, the kingdom recently unveiled the first phase of a new high-speed train connecting pilgrims between holy sites in the cities of Mecca and Medina. The kingdom also has a new e-visa system in place for pilgrims. 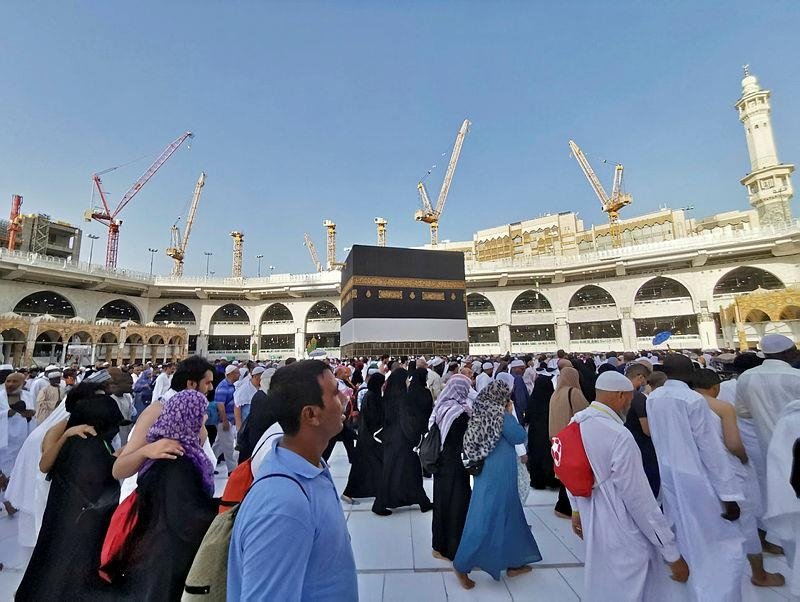 Still, the hajj remains a precarious journey. In 2015, several thousand pilgrims died in a stampede and crush of pilgrims in Mina on a narrow pedestrian-only road leading to a site where Muslims take part in the symbolic stoning of the devil during the last three days of the hajj. The government never released a final death count.

To curb the potential for a viral outbreak of any kind, Saudi Arabia this year stopped issuing visas to people from Congo, citing the Ebola outbreak there. 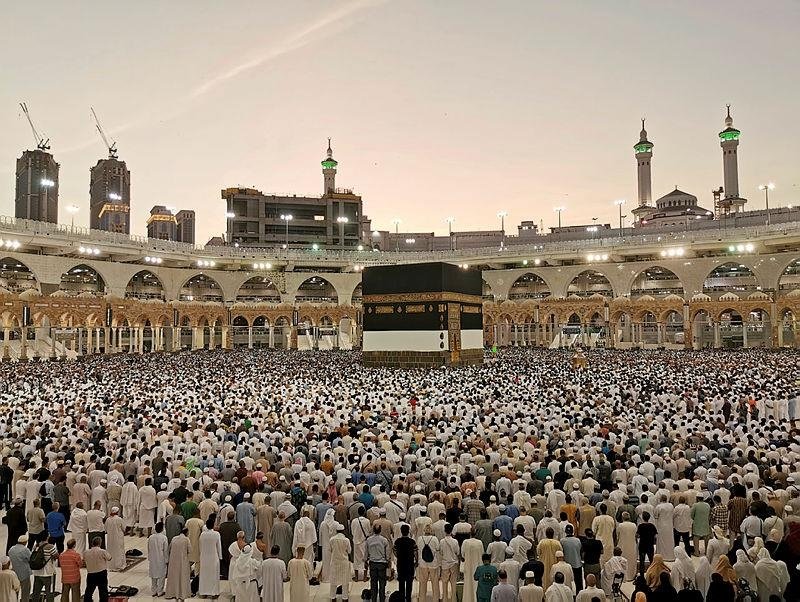 By Friday evening, most pilgrims will be in Mina, where they will spend the night in air-conditioned tents, before heading to Mount Arafat early Saturday, an area about 20 kilometers (12 miles) east of Mecca. There, the more than 2 million pilgrims will stand shoulder to shoulder for an emotional day of repentance and supplication at the site where the Prophet Muhammad delivered his final sermon, calling for equality and unity among Muslims.

"We feel very excited and will pray for all people," said Malaysian pilgrim, Farida bin Abdulrahman, as she prepared to depart toward Mina for the evening.