According to the final statement from the summit, the G7 states agreed to work on a price cap for Russian oil as part of measures to prevent Moscow from profiting from its "unjustifiable war of aggression."

Reaffirming their unified stance in support of Kyiv, the Group of Seven economic powers on Tuesday vowed to impose "severe and immediate economic costs" on Russia for its war on Ukraine.

Leaders of the world's most developed economies wrapped up their summit in Germany hours after a Russian missile strike on a shopping mall in Ukraine's Kremenchuk city killed at least 18 people, with dozens more injured or missing.

Ukrainian President Volodymyr Zelenskyy denounced it as "one of the most brazen terrorist attacks in European history," while the G7 leaders said such "indiscriminate attacks on innocent civilians constitute a war crime."

According to the final statement from the summit, the G7 states agreed to work on a price cap for Russian oil as part of measures to prevent Moscow from profiting from its "unjustifiable war of aggression."

"We reaffirm our commitment to phase out our dependency on Russian energy. As we phase out Russian oil from our domestic markets, we will seek to develop solutions to meet our objectives of reducing Russian revenues," read the statement.

By setting a limit on the price Russia can charge for its oil, Western countries hope to curtail Moscow's revenues, while at the same time allowing more oil to reach the global market.

"We will further reduce reliance on civil nuclear and related goods from Russia, including working to assist countries seeking to diversify their supplies," the statement said.

The G7 leaders invited "all like-minded countries to consider joining us in our actions."

"As for oil, we will consider a range of approaches, including options for a possible comprehensive prohibition of all services, which enable transportation of Russian seaborne crude oil and petroleum products globally, unless the oil is purchased at or below a price to be agreed in consultation with international partners," they said. 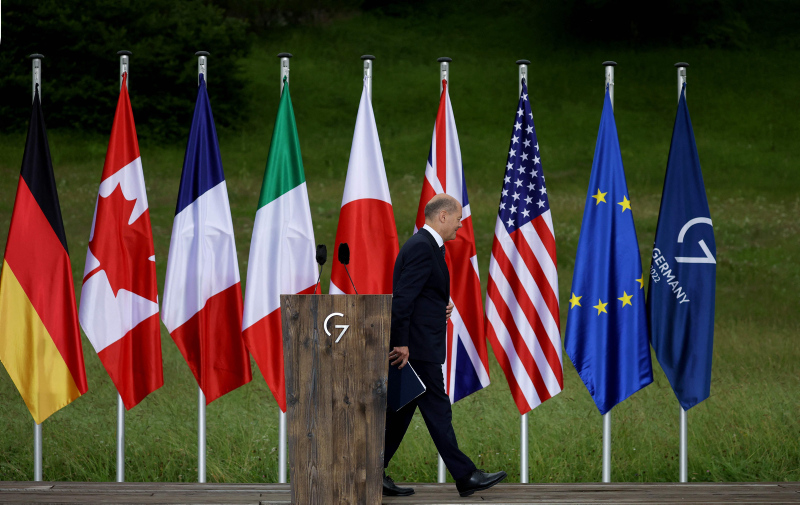 The G7 leaders endorsed Germany's proposal to launch an international Climate Club by the end of this year, saying it will be "inclusive in nature and open to countries that are committed to the full implementation of the Paris Agreement."

"Our goal is to bring together the various political approaches. Climate protection should become a competitive advantage so that more and more countries want to join." 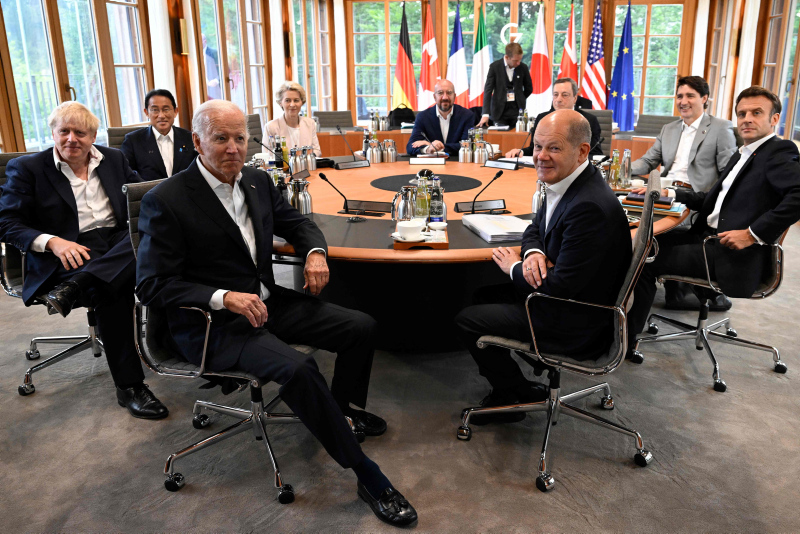 The G7 leaders urged countries and companies around the world not to stockpile food to help ease global shortages.

"As a short-term relief, we call on those partners with large food stockpiles as well as on the private sector to make food available without distorting the markets," they said in the statement.

G7 states also pledged an additional $4.5 billion to protect the most vulnerable from hunger and malnutrition, raising their global food security commitment this year above $14 billion.

The leaders also called on Russia to end its blockade of Ukrainian Black Sea ports "without condition." 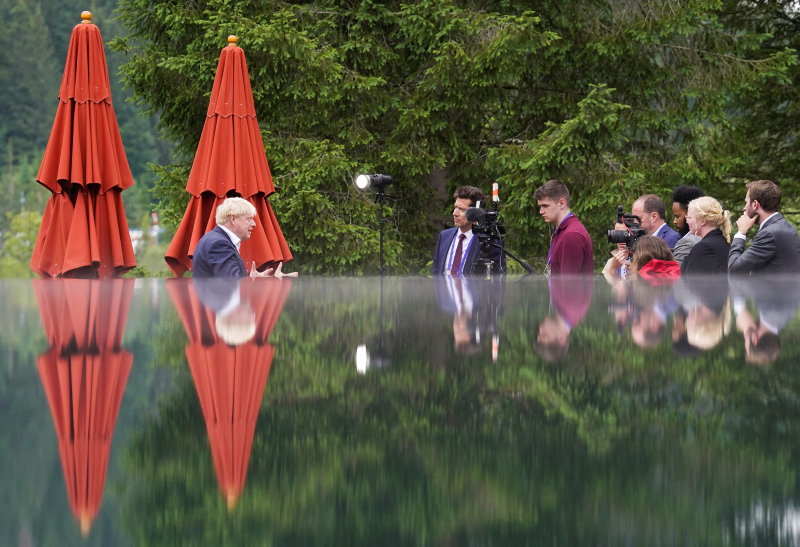 Alluding to close ties between Beijing and Moscow, the G7 leaders called on China "to press Russia to immediately … stop its military aggression-and immediately and unconditionally withdraw its troops from Ukraine."

They also addressed tensions with China in the Asia-Pacific region.

"We remain seriously concerned about the situation in the East and South China Seas. We strongly oppose any unilateral attempts to change the status quo by force or coercion that increase tensions," the leaders said.

"We stress that there is no legal basis for China's expansive maritime claims in South China Sea."

On human rights, the leaders urged China to "respect universal human rights and fundamental freedoms, including in Tibet and in Xinjiang where forced labor is of major concern to us."

Moving to Iran, they emphasized that Tehran "must never develop a nuclear weapon," saying a "diplomatic solution remains the best way to restrict Iran's nuclear program."

They blamed Iran for not having "seized the opportunity to conclude a deal" amid intense diplomatic efforts to restore the Joint Comprehensive Plan of Action.

"The G7 commits to working together, and with other international partners, to address the threat posed to international security by Iran's nuclear escalation," the statement said.