Indonesia's Mount Ili Lewotolok has erupted two times since Monday, while there were no reports of injuries or damage from the eruption. Centre for Volcanology and Geological Hazard Mitigation said the volcano had an explosion Monday night at 11.20 p.m. local time (1620GMT) and at 7.46 a.m. (0046GMT) on Tuesday morning.

Indonesian authorities are closely monitoring several volcanoes after sensors picked up increased activity in recent weeks, prompting the evacuation of thousands of people.

The 3,676-meter (12,060-feet) mountain in Lumajang district is the highest volcano on Indonesia's most densely island of Java. 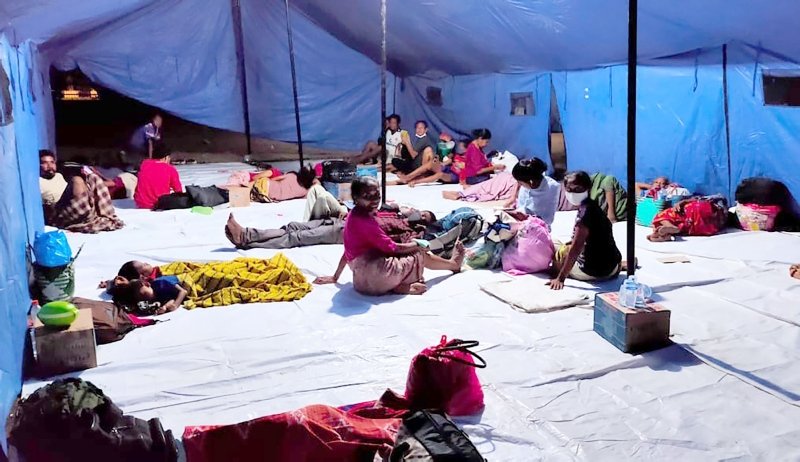 Jati said authorities are still trying to evacuate about 550 people living on the mountain's slopes. There were no reports of injuries or serious damage, he said.

Indonesia's Volcanology and Geological Hazard Mitigation Center did not raise Semeru's alert status, which already was at the third-highest level since it began erupting in May. Villagers and tourists are advised to stay 4 kilometers (2.4 miles) from the crater, the agency said.

Tuesday's eruption came two days after Mount Ili Lewotolok shot out columns of hot clouds as high as 4,000 meters (13,100 feet) into the sky. More than 4,600 people were evacuated from the slopes of the mountain, located on Lembata island in East Nusa Tenggara province. 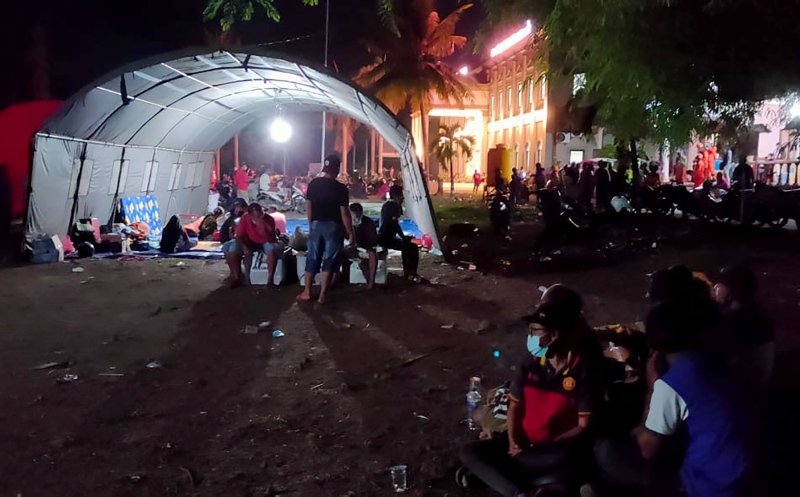 The volcanology agency raised Ili Lewotolok's alert to the second-highest level on Sunday after sensors picked up increased activity. The 1,423-meter (4,660-foot) mountain has been rumbling since October 2017.

The Transportation Ministry said a flight warning was issued after the eruption and a local airport was closed as ash rained down on many areas of the island.

In another part of Java island, authorities have evacuated more than 1,800 people living on the volatile Mount Merapi volcano's fertile slopes since early November following an increase in volcanic activity. 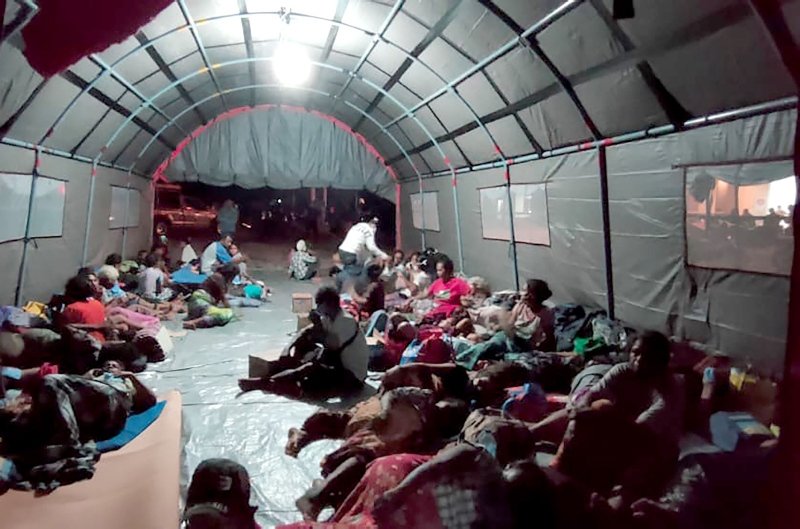 Local administrations in Central Java and Yogyakarta provinces are closely monitoring the mountain after the geological agency raised Merapi's alert to the second-highest level and people were advised to stay 5 kilometers (3 miles) from the crater.

The 2,968-meter (9,737-foot) mountain is about 30 kilometers (18 miles) from Yogyakarta city center. About a quarter million people live within a 10-kilometer (6-mile) radius of the volcano.

Merapi spewed ash and hot gas as high as 6 kilometers (3.7 miles) into the sky in June, but no casualties were reported. Its last major eruption in 2010 killed 347 people and caused the evacuation of 20,000 villagers.

Authorities in North Sumatra province are also closely monitoring Mount Sinabung after sensors picked up increasing activity since August. Villagers were advised to stay 5 kilometers (3 miles) from the crater and be aware of the peril of lava.

The mountains are among more than 120 active volcanoes in Indonesia, which is prone to seismic upheaval due to its location on the Pacific "Ring of Fire," an arc of volcanoes and fault lines around the Pacific Ocean.