Merkel's planned legislative amendments have been slammed by radical opponents of coronavirus measures as anti-democratic. A great number of demonstrators gathered on the edges of the cordoned-off grounds of the Reichstag parliament building in Berlin on Tuesday to protest restrictions imposed to curb deadly pandemic.

Several thousand people banging saucepans and blowing whistles gathered in central Berlin on Wednesday to protest against Angela Merkel's plans to give her government powers to enforce restrictions aimed at curbing the spread of the coronavirus. 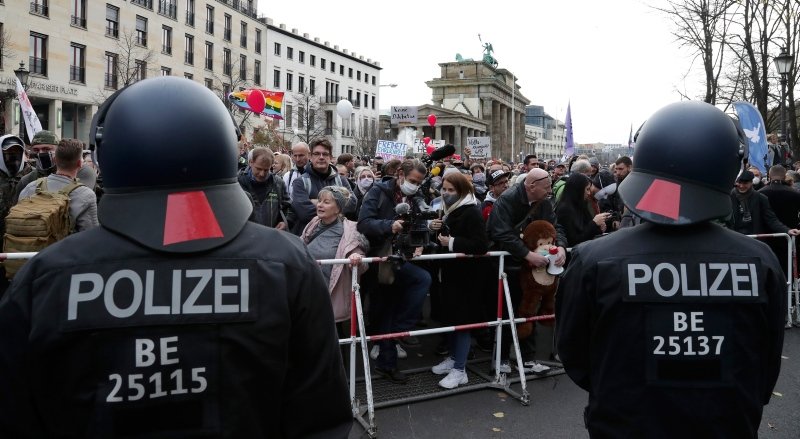 Germany's lower and upper houses of parliament are due to pass laws later on Wednesday which could allow the government to impose restrictions on social contact, rules on mask-wearing, drinking alcohol in public, shutting shops and stopping sports events.

Although most Germans accept the latest "lockdown light" to tackle a second wave of the coronavirus, critics say the law gives the government too much power and endangers citizens' civil rights without the approval of parliament. 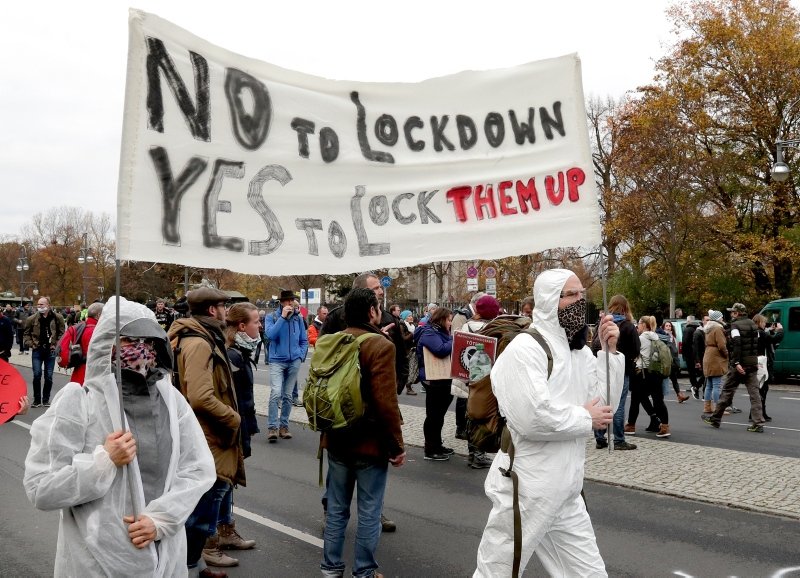 The far-right Alternative for Germany (AfD) has even compared it with the Enabling Act of 1933 that paved the way Hitler's Nazi dictatorship.

One protestor wore a face mask with the words "Merkel-Muzzle", others held banners with slogans such as "For Enlightenment, Peace and Freedom".

Protestors were neither wearing masks nor socially distanced. Police officers in riot helmets lined up to stop demonstrators getting too close to the parliament building. 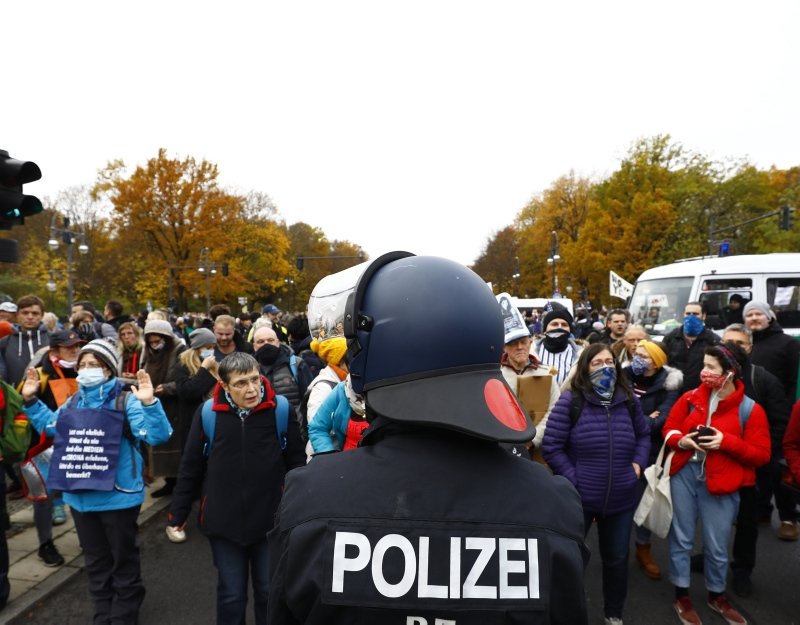 Police are desperate to avoid a repeat of an incident in August when, during mass marches against coronavirus curbs, protesters stormed the steps of the Reichstag parliament building, some of them waving the far-right Reichsflagge flag.

The images went around the world and were condemned by leading German politicians.

Germany, Europe's largest economy, was widely praised for keeping infection and death rates below those of many of its neighbours in the first phase of the crisis but is now in the midst of a second wave, like much of the rest of Europe. 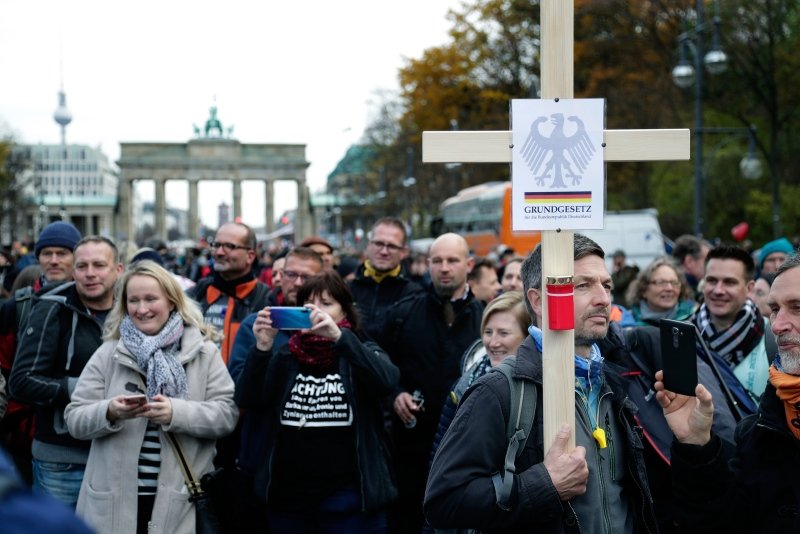