Pakistani leaders and scholars urged the citizens to stop consuming French goods in response to Macron's anti-Islamic remarks. "After insults against the Holy Prophet by France and its president, will we still continue buying and selling, and import of French products?," religious scholar Muhammad Taqi Usmani tweeted.

Pakistanis on Monday joined the campaign to boycott French products in response to recent controversial comments made by President Emmanuel Macron on Islam, and his decision to continue publishing blasphemous cartoons of the Prophet Muhammad.

While the hashtag, #boycottfrenchproducts, was among the top trends on Twitter in Pakistan, leaders and scholars urged the citizens to stop consuming French products.

"After insults against the Holy Prophet by France and its president, will we still continue buying and selling, and import of French products? They will only learn a lesson when Muslims around the world will boycott their products...," religious scholar Muhammad Taqi Usmani tweeted. 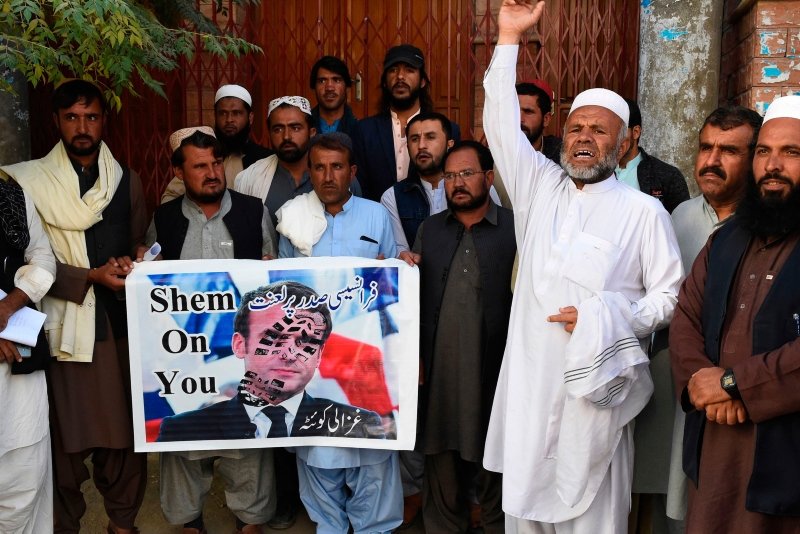 "The current trend of boycott of French products and anti-Macron protests around the Muslim world shows people's anger, and how much they are hurt by the French president's statement," Sirajul Haq, the chief of Jamaat-e-Islami, a leading religiopolitical party, told Anadolu Agency.

Calls for a boycott of French products have been made in many Middle Eastern countries as well.

Pakistan's Prime Imran Khan, and other opposition politicians have condemned the French president for "attacking Islam."

The country's Ministry of Foreign Affairs summoned the French ambassador to convey "deep concerns" over the recent "illegal and Islamophobic acts," and condemned equating Islam with terrorism.

Khan also wrote to Mark Zuckerberg, CEO of Facebook, asking him to put a ban on Islamophobic content.

Haq, meanwhile, called for expulsion of the French envoy in Pakistan. 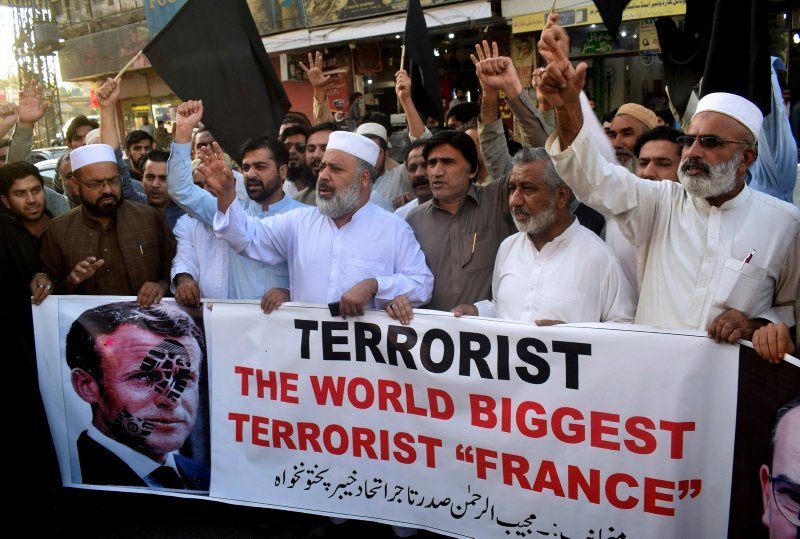 Earlier this month, Macron described Islam as a religion "in crisis," and announced plans for tougher laws to tackle what he called "Islamist separatism" in France.

He also paid tribute to a French teacher murdered after he showed cartoons of the Prophet Muhammad in class.