Clashes have broken out between supporters and protesters of US President Donald Trump in Manhattan, New York on Sunday with at least 11 people getting arrested, according to local reports. A group called "Jews For Trump" convoy covered with American flags and "Trump 2020" banners started to roll from Coney Island, Brooklyn to support the president.

Skirmishes broke out between supporters and opponents of President Donald Trump as a "Jews For Trump" convoy of hundreds of cars draped with American flags and Trump 2020 banners rolled slowly through Manhattan and Brooklyn on Sunday afternoon.

The caravan traveled from Coney Island to the Trump Tower in Manhattan before heading to a rally in a Brooklyn park. Videos shared on Twitter showed several protesters pelting the vehicles with eggs or stones, snatching flags and shouting insults.

In one video showing physical fights between several people, police officers detain an unidentified man and protesters chant "let him go." Another video showed a small group of people throwing objects from a Brooklyn highway overpass at vehicles bedecked with Trump flags. 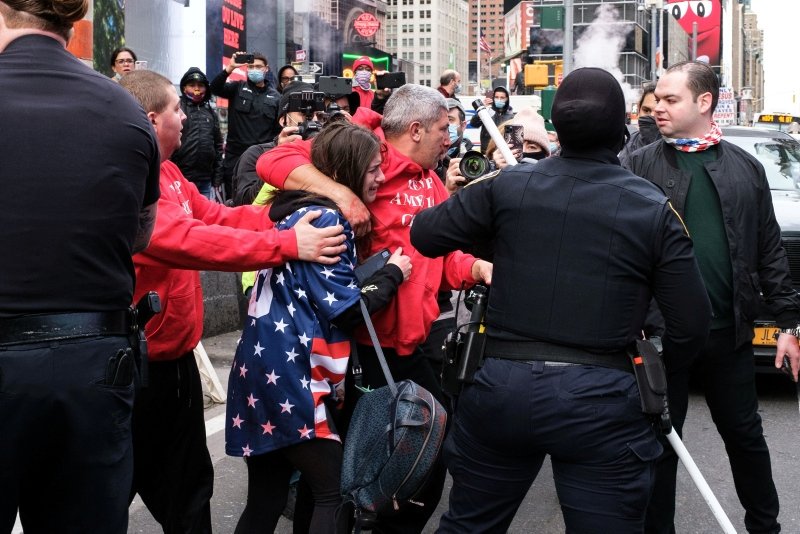 According to the Jews For Trump website, Sunday's rally was intended to show solidarity with "the beleaguered Red Zone community," a reference to the coronavirus hot spots designated by New York Gov. Andrew Cuomo as areas where schools and nonessential businesses must close to prevent the spread of the coronavirus. 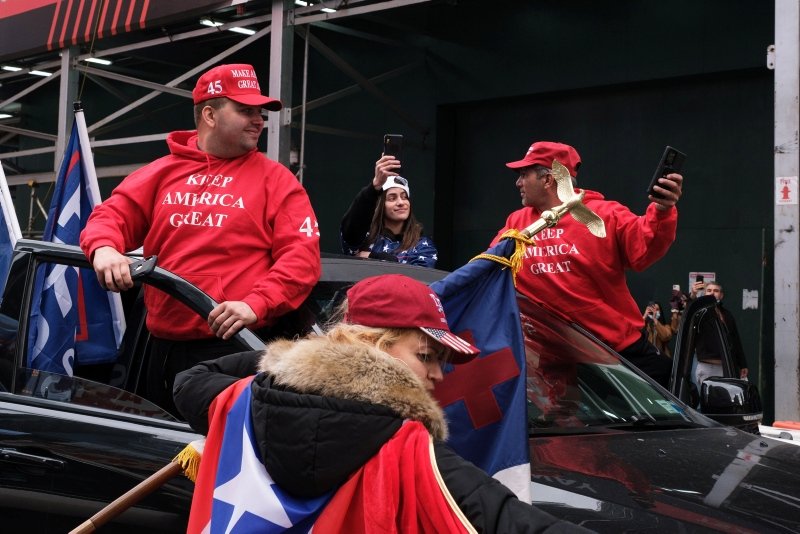 The rally follows weeks of tensions in Brooklyn's Orthodox Jewish neighborhoods over the coronavirus restrictions. Heshy Tischler, a City Council candidate and leader of Brooklyn protests against the restrictions, promoted Sunday's car parade on Twitter.

Boris Epshteyn, an adviser to the Trump campaign and co-chair of Jewish Voices for Trump, organized Sunday's rally in Brooklyn's Marine Park at the end of the car parade.

"NYPD Detectives are investigating this incident and looking for information in regard," Terence Monahan, the chief of the New York Police Department (NYPD), wrote on Twitter. 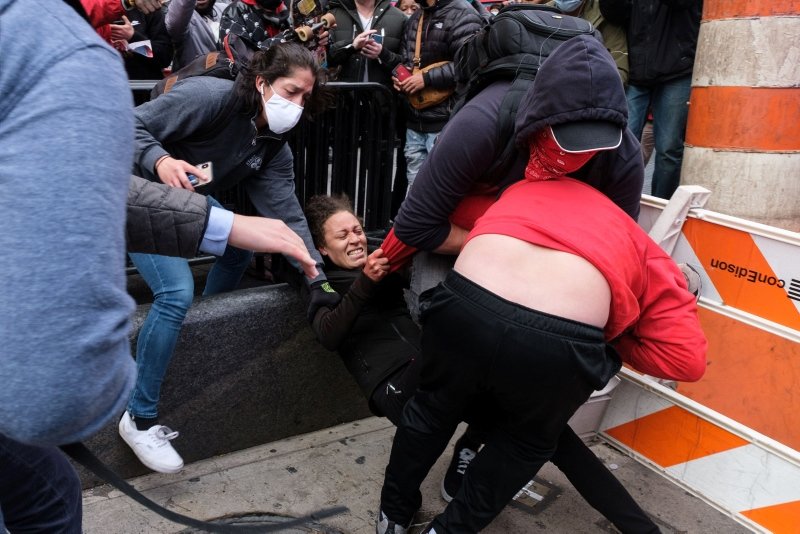 "We are aware of this video and it is under investigation by our Brooklyn South Investigation Unit," the NYPD said in a tweet.

Democratic nominee Joe Biden is overwhelmingly ahead, by 62.2% to 31.3%, against Trump in the state of New York, according to a poll analysis website, FiveThirtyEight, on Sunday.

Although Trump, as a former businessman, established strong ties with the Big Apple's elite during his early years in the real estate sector, he lost the state to Democratic candidate Hillary Clinton in the 2016 election by receiving 36.5% of the votes against her 59%. 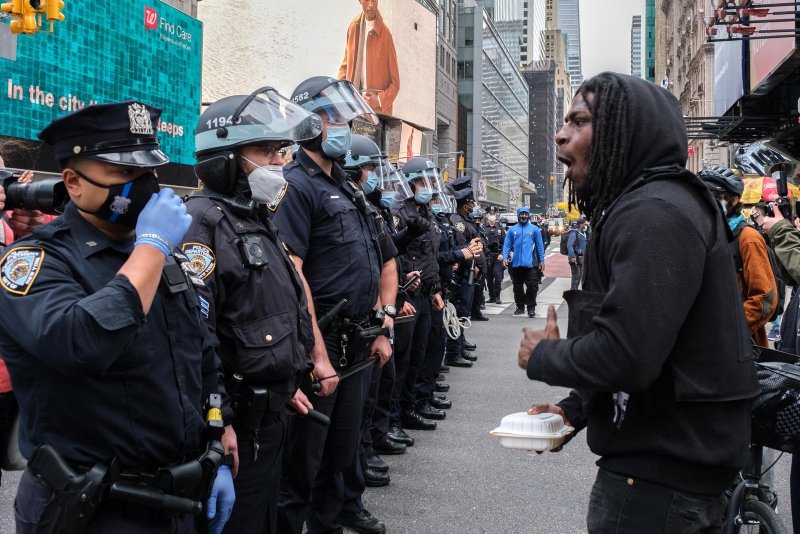 Since his inauguration, Trump has been the subject of wide protests in Manhattan as thousands gathered near the Trump Tower -- the headquarters for the Trump Organization.