"Congratulations to Ukraine for winning the @Eurovision Song Contest 2022," the British Prime Minister Boris Johnson posted to Twitter. "It is a clear reflection of not just your talent, but of the unwavering support for your fight for freedom."

British Prime Minister Boris Johnson has joined a chorus of praise for the success of Ukraine at the 2022 Eurovision Song Contest, calling it a "reflection" not just of talent, but "unwavering support" for the country's "fight for freedom".

"Congratulations to Ukraine for winning the @Eurovision Song Contest 2022," the PM posted to Twitter.

"It is a clear reflection of not just your talent, but of the unwavering support for your fight for freedom."

Mr Johnson also extended congratulations to Britain's runner-up in the competition, writing: "Incredibly proud of @SamRyderMusic and how he brilliantly represented the UK tonight."

Ukraine have been the competition favourites since Russia's invasion - which prompted organisers to ban the aggressor from competing. 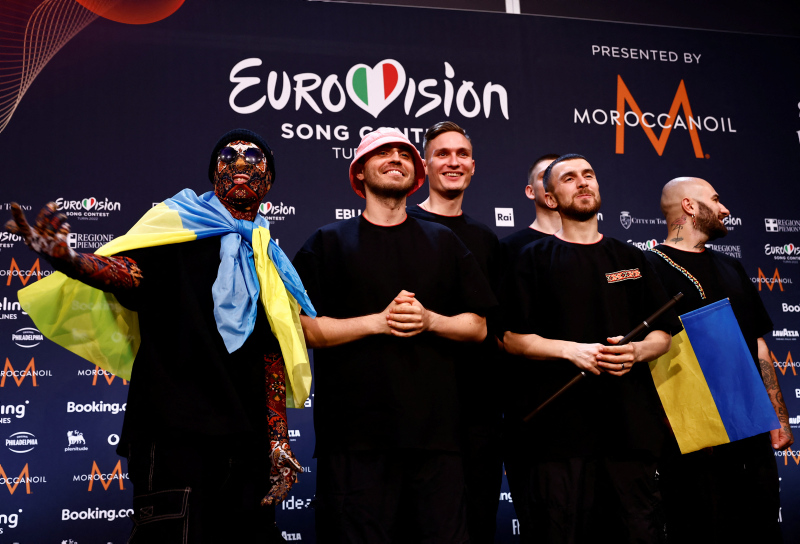 Receiving the trophy, Kalush Orchestra said: "Thank you for supporting Ukraine. This victory is for every Ukrainian. Slava Ukraini." Culture Secretary Nadine Dorries repeated "Slava Ukraini!" (glory to Ukraine!) in tweeting her congratulations.

"What a fabulous night. So close for the amazing @SamRyderMusic but with #Ukraine coming 1st this is still a wonderful result," she said.

Scottish television presenter Lorraine Kelly posted a message to Russian President Vladimir Putin: 'Congrats to UKRAINE - get it right up you Putin - and our @SamRyderMusic did us proud." 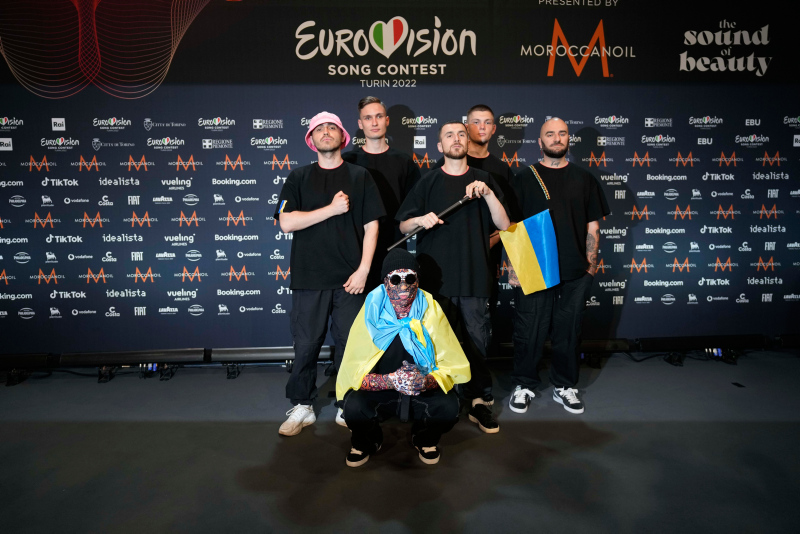 Ryder's placement marks the first time in 20 years that the UK has placed in the top three, clinching the spot with his pop song Space Man.

Katrina Leskanich, who sang the last winning UK entry, Love Shine A Light by Katrina and the Waves, tweeted: "Three cheers for Sam Ryder what a fantastic result for #UK."

Actor John Barrowman tweeted: "Congratulations on 2nd place #Eurovision #samryder because of you and the song #Spaceman the United Kingdom is back in the game."

"Not just because the brilliant @SamRyderMusic came 2nd, but it was a show of love, joy, inclusivity and no animosity."

Separately, NATO deputy secretary-general Mircea Geoana said on Sunday that Ukraine's win at the Eurovision Song Contest showed the immense public support for the country in its battle against Russia.

"I would like to congratulate Ukraine for winning the Eurovision contest. And this is not something I'm making in a light way. Because we have seen yesterday the immense public support all over Europe and Australia for the bravery… Of course the song was beautiful, it is beautiful," the diplomat said.

Geoana took the helm on Sunday as his boss Jens Stoltenberg could not take part in the Berlin meeting after testing positive for COVID earlier this week.

Saturday's marathon Eurovision song contest saw The Kalush Orchestra pip the United Kingdom with their entry "Stefania", and Geoana sought to link its victory with Ukraine's fight against Russia and the alliance's solidarity with Kyiv.

Geoana said NATO wanted to send a message to Russian President Vladimir Putin that despite starting the most "brutal and cynical" conflict since the Second World War, Ukraine continued to surprise with its bravery and the West with its unity.

"So I'm saying that we are united. We are strong, (and) will continue to help Ukraine in winning this war," he said.

Moscow describes its actions as a "special military operation" to disarm Ukraine and rid it of anti-Russian nationalism fomented by the West. Ukraine and its allies say Russia launched an unprovoked war.