Bosnia baby has bright future after treatment in Turkey

A baby from Bosnia born with a congenital heart problem now has a brighter future thanks to help from dedicated Turkish doctors and nurses.

Vinko, the son of Tanya and Josip Jukic, was born seven months ago with Tetralogy of Fallot, a rare cardiovascular disease also known as blue baby syndrome.

Doctors told his parents that Vinko needed surgery as the condition left him with several problems, including low blood flow to his lungs, a hole between the ventricles of his heart, and main arteries being in the wrong place in his body.

The doctors urged the Jukics to go to Turkey as Bosnia lacked the facilities that their son needed. After being flown by an ambulance plane, Vinko was treated at Acibadem Bakirkoy Hospital in Istanbul, Turkey's largest city.

After undergoing his first operation as a newborn, at only one month old, Vinko's arteries showed progress in the following six months. After a follow-up operation, he returned to his country after what doctors say is a full recovery. 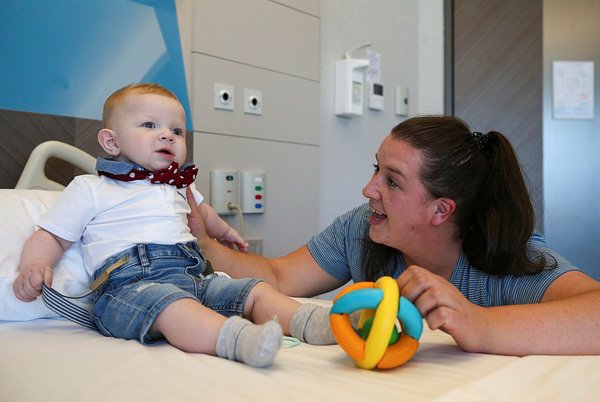 Yusuf Kenan Yalcinbas, a cardiovascular surgery specialist at Acibadem Bakirkoy Hospital who led Vinko's operations, told Anadolu Agency that one out of 100 babies are born with heart defects, but not all of the cases need immediate help as the problems are not critical.

But Vinko, unfortunately, faced Tetralogy of Fallot at an advanced stage, the surgeon added.

He said the main problem in such cases is that their lungs cannot get enough blood.

"The arteries to Vinko's lungs were very small, they were not developed," Yalcinbas said, adding in the first operation they widened the arteries to accommodate more blood.

"When he was seven months old, we did a follow-up operation" to close the hole between the ventricles of his heart, he explained.

"We hope that from now on he will live a life very similar to his peers," said Yalcinbas, adding that the baby's heart is working much like a normal heart now.

He said that Vinko just needs to watch not over-exert himself. 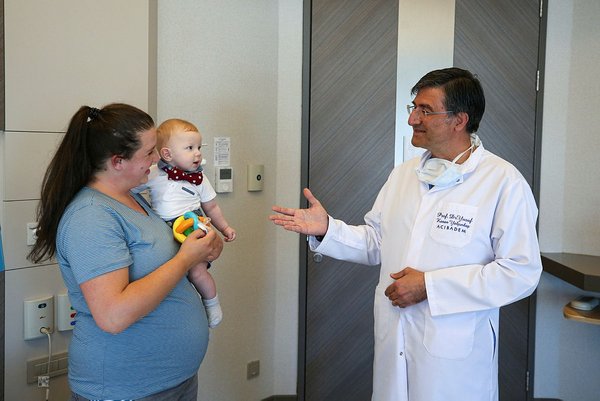 "Medical care is at a very advanced level in Turkey," Yalcinbas said.

"For this reason, Turkey immediately comes to mind when people in nearby regions, like the Balkans, Caucasus, and Arab countries, need operations for critical conditions such as congenital heart disease."

He said patients prefer treatment in Turkey over Europe or the US for reasons such as cultural bonds, advanced medical infrastructure, better communication, and easy access for follow-up visits.

'I recommend treatment in Turkey for any patient'

Tanya Jukic told Anadolu Agency that during her pregnancy they did not know about their son's disease, and after his birth they faced a tough road.

"They pointed us to Turkey. We heard that these kinds of operations are done successfully in Turkey," she said, adding that they were relieved after arriving in Turkey.

Praising the hospitality of Turkish healthcare personnel, Jukic said they felt very comfortable during their time in the country.

"Whatever the disease, I would recommend to anyone to get treatment in Turkey," she said, adding that those who need to save their children's lives can consult clinics in Bosnia or relevant institutions and easily come to Turkey.

She thanked everyone who helped change the life of her son for the better.