Death toll from flooding in Japan rises to 50, dozen missing

Emergency services in western Japan were "racing against time" on Tuesday to rescue people stranded by devastating floods and landslides that have killed at least 50 people, with more torrential rain forecast. Japan's Meteorological Agency (JMA) issued its second-highest emergency warning for heavy rain and landslides over vast swathes of the country's southwest.

Soldiers rescued residents on boats as floodwaters flowed down streets in southern Japanese towns hit by deadly rains that were expanding across the region Tuesday. At least 50 people have died and a dozen are missing.

Pounding rain since late Friday in Japan's southern region of Kyushu has triggered widespread flooding. More rain was predicted in Kyushu and the western half of Japan's main island as the rain front moved east. 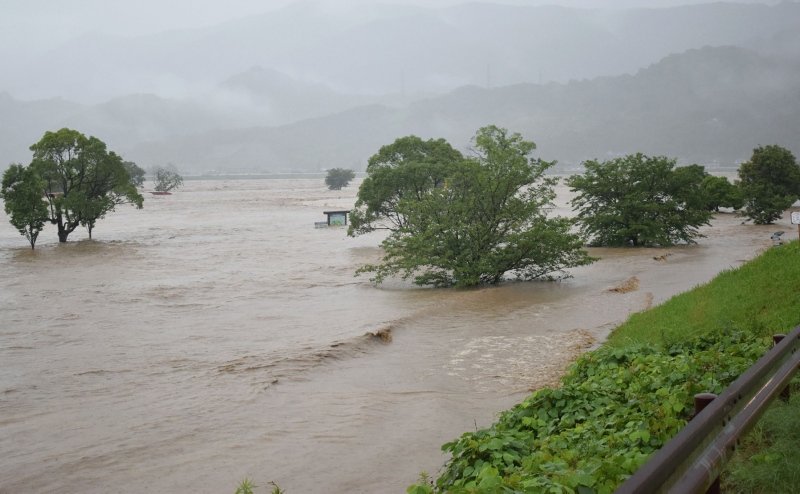 In Fukuoka, on the northern part of the island, three soldiers waded through knee-high water pulling a boat carrying a mother, her 2-month-old baby and two other residents.

"Good job!" one of the soldiers said as he held up the baby to his chest while the mother got off the boat, Asahi video footage showed. Several children wearing orange life vests over their wet T-shirts arrived on another boat.

An older woman told NHK television she started walking down the road to evacuate, but floodwater rose quickly up to her neck. Another woman said, "I was almost washed away and had to grab a electrical pole." 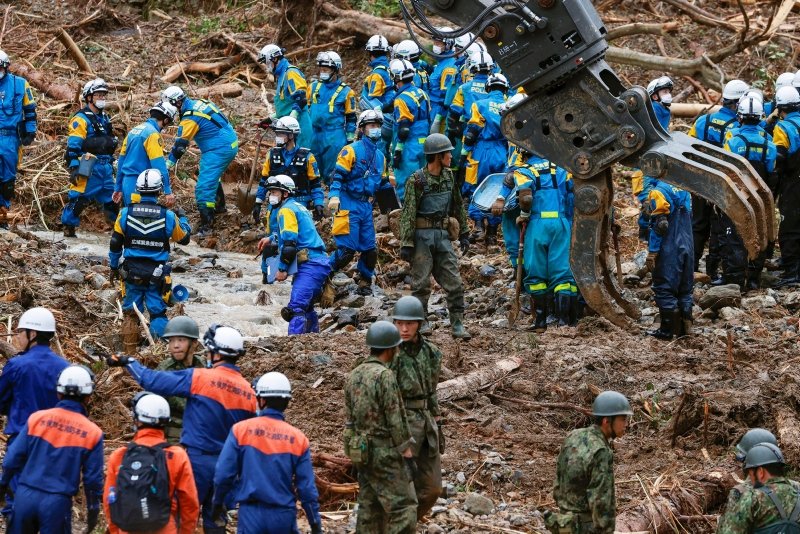 The Fire and Disaster Management Agency said 49 victims were from riverside towns in the Kumamoto prefecture. Another of the dead confirmed as of Tuesday morning was a woman in her 80s found inside her flooded home in another prefecture.

About 3 million residents were advised to evacuate across Kyushu, Japan's third-largest island.

Tens of thousands of army troops, police and other rescue workers mobilized from around the country worked their way through mud and debris in the hardest-hit riverside towns along the Kuma River. Rescue operations have been hampered by the floodwater and continuing harsh weather. 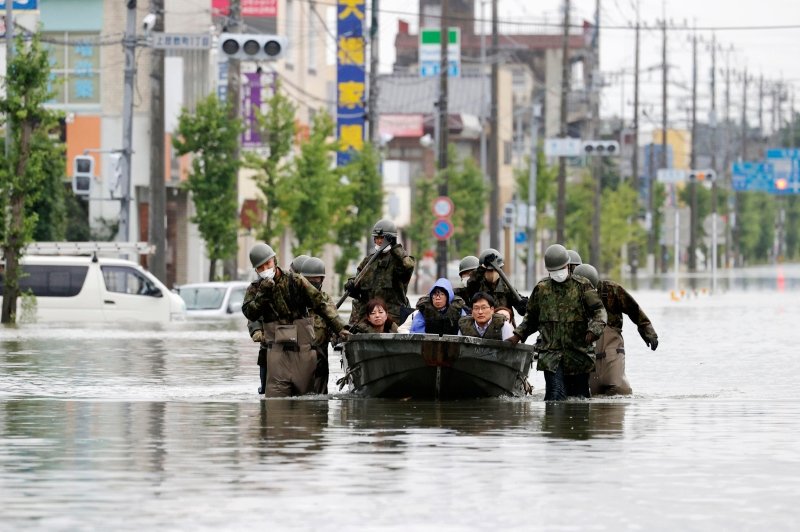 In Kuma village in the hardest-hit Kumamoto prefecture, dozens of residents took shelter at a park. The roofed structure had no walls or floor and they sat on blue tarps spread on the dirt ground, with no partitions. The village office's electricity and communications had been cut.

Among the victims were 14 residents of a nursing home next to the Kuma River, known as the "raging river" because it is joined by another river just upstream and is prone to flooding. Its embankment fell, letting water gush into the nursing home.