Thousands march in London and Berlin to seek justice for George Floyd who was killed in U.S. police custody

WORLD Agencies and A News
Published May 31,2020

Thousands gathered in central London on Sunday to offer support for American demonstrators. Chanting "No justice! No peace!" and waving placards with the words “How many more?” at Trafalgar Square. The U.S. Embassy in Berlin became another scene of protests on Saturday evening under the motto: “Justice for George Floyd.”

Thousands of people protested in London and Berlin on Sunday in solidarity with demonstrations in the United States over the death of a black man shown on video gasping for breath as a white policeman knelt on his neck in Minneapolis.

The protesters knelt in central London's Trafalgar Square, chanting "No justice, no peace", and then marched past the Houses of Parliament and finished up outside the U.S. Embassy. 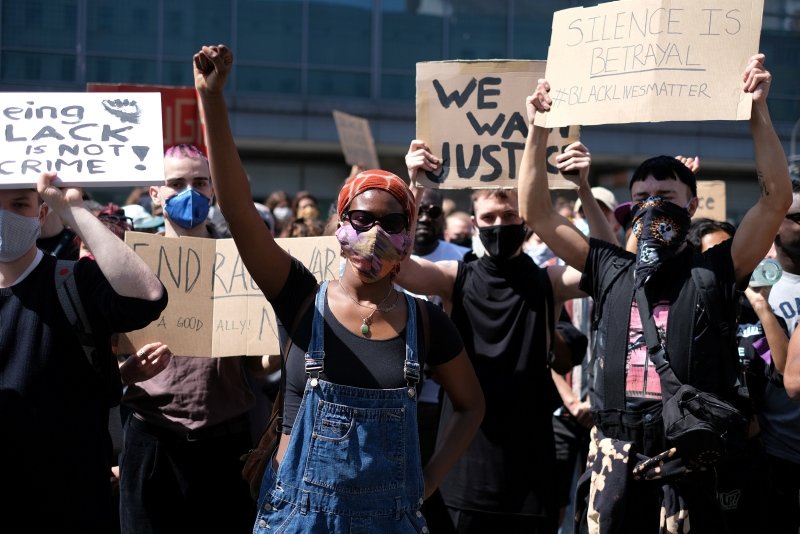 Several hundred protesters also staged a rally outside the U.S. Embassy in Berlin, holding up posters saying "Justice for George Floyd", "Stop killing us" and "Who's neckst".

The death of George Floyd after his arrest on Monday has triggered a tide of protests in the United States, unleashing long simmering rage over racial bias in the U.S. criminal justice system. 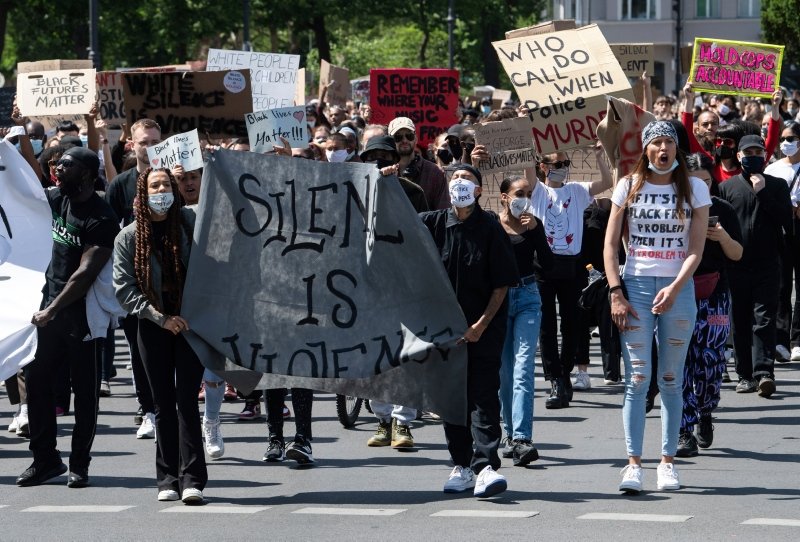 Some rallies have turned violent as demonstrators blocked traffic, set fires and clashed with riot police, some of whom fired tear gas and plastic bullets in an effort to restore order.