Police arrested a man on suspicion of attempted murder on Thursday after he reportedly stabbed a muezzin, or prayer leader, in a central London mosque. "A man was found with stab injuries," the police said, adding that they were awaiting updates on his condition in hospital.

A man in his 70s was stabbed in a London mosque on Thursday and another man was arrested on suspicion of attempted murder, police said.

"A man, in his 70s, was found injured. His condition has been assessed as non life-threatening," London's Metropolitan Police said in a statement.

On Twitter, mosque-goers posted images of police holding a man in a red-hooded top down on the mosque floor. 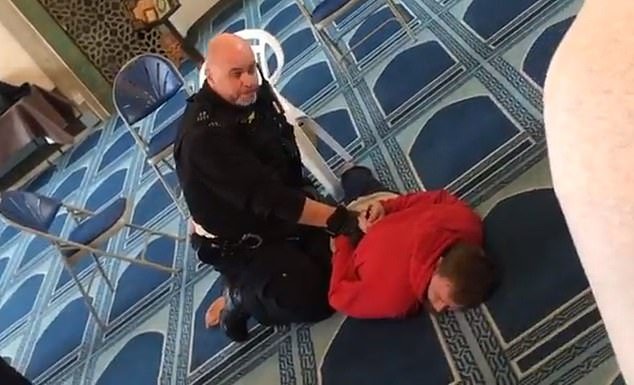 Pictures posted on Twitter showed police officers restraining a man in the prayer hall of the mosque, near Regents Park, and then leading him away.

Witnesses said the injured man was the mosque's muezzin, the person who calls Muslims to prayers.

"It is extremely worrying to see that a white male individual has run into Regents Park Mosque at prayer time, and stabbed the Muaddhin [muezzin] in the neck," tweeted Miqdaad Versi, a spokesman for the Muslim Council of Britain (MCB).

Versi said he was "awaiting independent verification" of the details of the attack.


"I'm deeply saddened to hear of the attack at the London Central Mosque," Johnson wrote on Twitter.

He said: "It's so awful that this should happen, especially in a place of worship. My thoughts are with the victim and all those affected."