Turkey's President Recep Tayyip Erdoğan will attend a ribbon-cutting ceremony on Thursday for the Nation's Library which has been newly built in the capital Ankara. The grand library will offer students, researchers and literature enthusiasts a collection enriched with millions of books, articles, and reports available in the printed and online format, according to the information gained from the official sources.

President Recep Tayyip Erdoğan is set to inaugurate the Nation's Library in the capital Ankara on Thursday. The grand library will offer students, researchers and literature enthusiasts a collection enriched with millions of books, articles, and reports available in the printed and online format.

Ayhan Tuğlu, head of the presidential library department, said the new library was decorated with the traditional Seljuks, Ottoman and contemporary motifs.

With the inauguration looming, the library will serve round-the-clock. 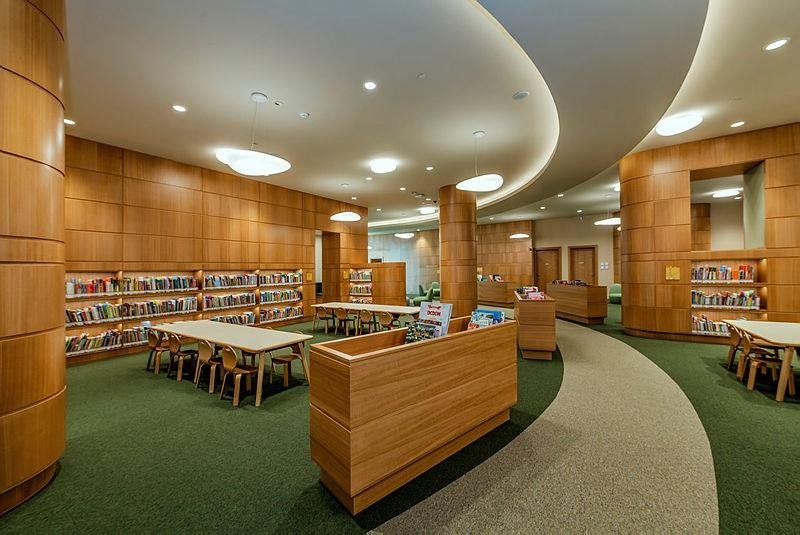 Notably, books published in 134 different languages and 120 million articles and reports are lined up in the selves with a length of up to 201 kilometers (125 miles). 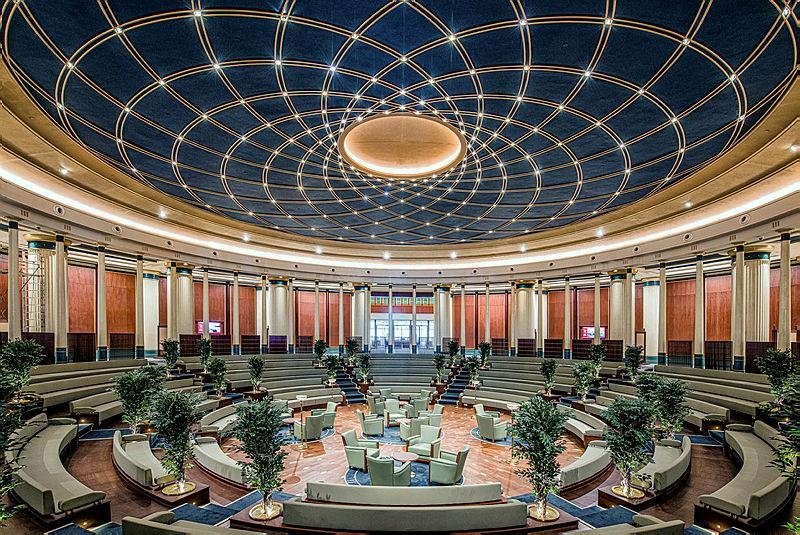 The project, spearheaded by Erdoğan, was realized following an intense research and study period in which Turkey's leading intellectuals, library managers, NGOs, disadvantaged groups worked in harmony to produce the best.

With its rich book collection and services to be provided to visitors, the library, which is already the largest in Turkey, is expected to be a prominent research center around the globe. 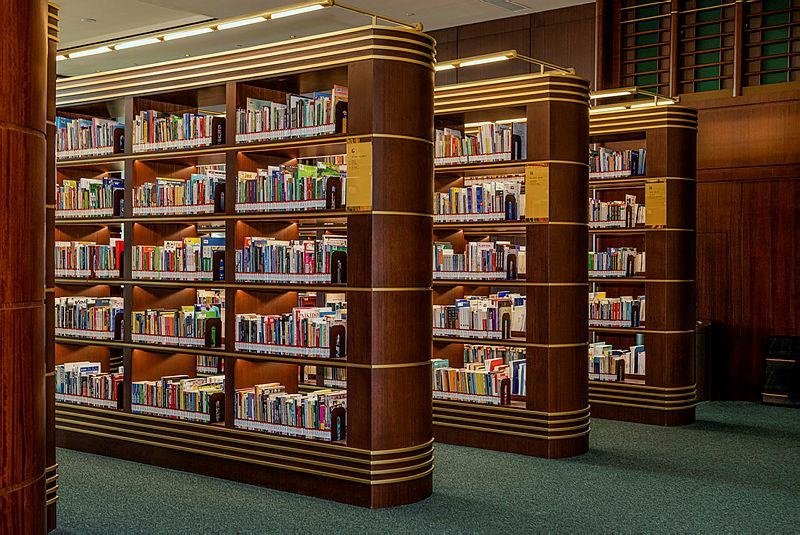 Additionally, the Nasreddin Hodja Children Library will be available for visitors aged between 5-10 and those between 10-15 will be able to use the Youth Library. Also, there will be separate mini libraries focusing on sound and image, rare books, and research.

The visitors will have the opportunity to learn about classical Turkish history thanks to the departments shedding light on the history of the Seljuks and Anatolia. 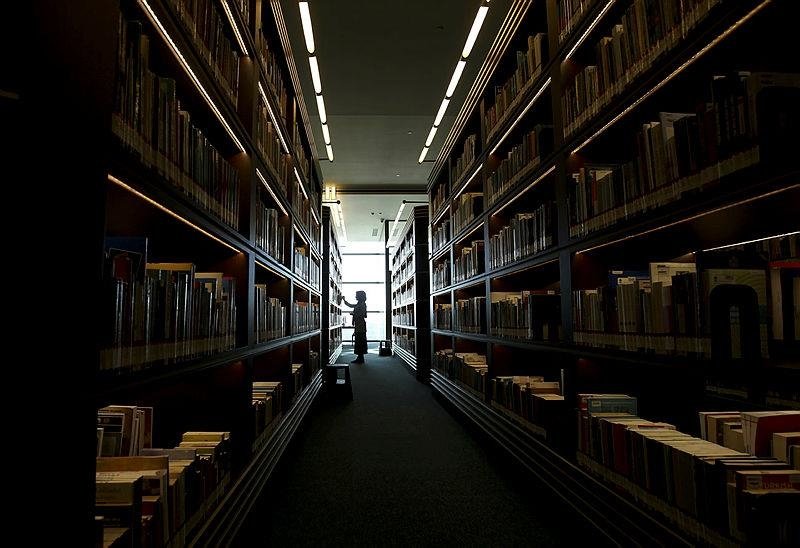 - CIHANNUMA HALL
In the library, there is a special hall named Cihannuma (world atlas). There are 16 columns in the hall, which represent the Turkish states in the history.

In addition, the citations from the Islamic holy book Quran on the significance of reading and writing are inscribed at the dome of the hall. 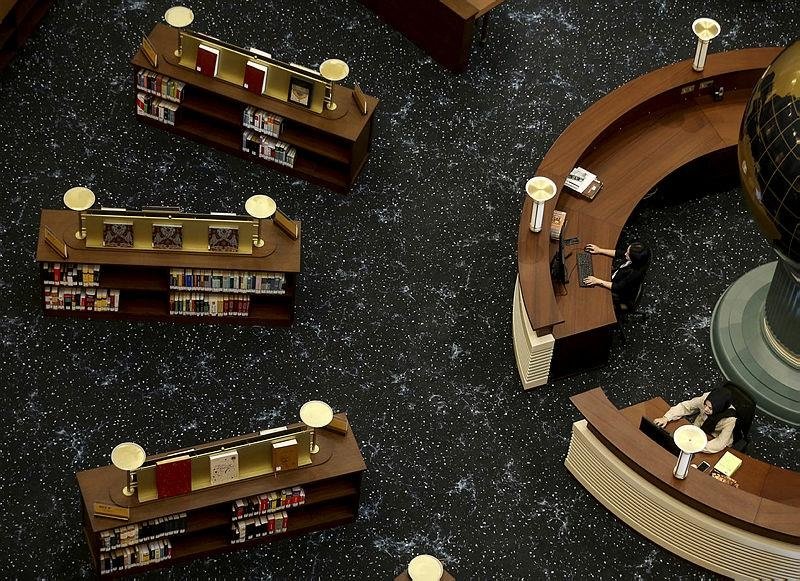 In collaboration with the Foreign Ministry, scores of books were brought to the library from every country where Turkey has a mission. These books on the culture and history of the countries will be available in the World Library, inside the Cihannuma Hall.

Ambassadors and representatives of some countries -- including Uzbekistan, Chile, China, France, and Belarus -- personally visited the presidential complex and handed over the books that were later added to the library's archive. 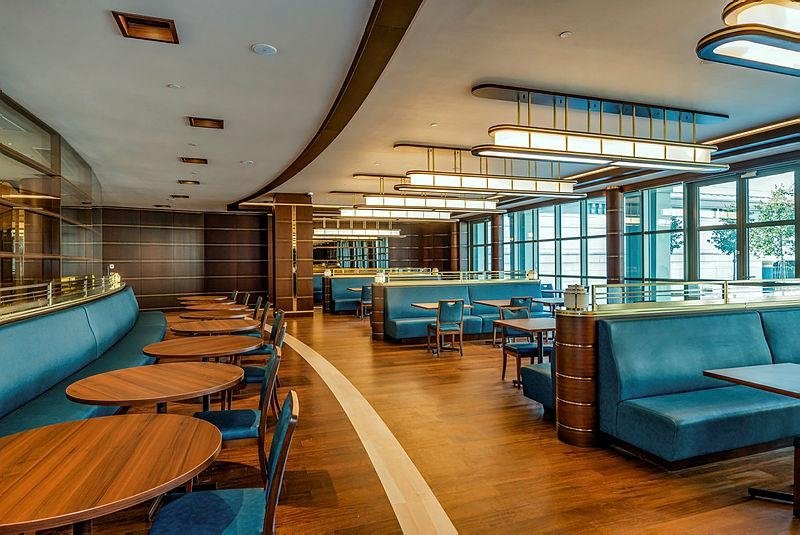 Notably, French President Emmanuel Macron sent a special envoy and said Turkish and French national libraries could collaborate in the field of literature.

The library is also projected to be a life-long education center where the visitors -- whether they be children or adults -- will be provided with training courses on artificial intelligence, cybersecurity, augmented reality, and coding.