Pangs of guilt and dissatisfaction caused Balbir Singh, one of the Kar Sevaks who demolished the Babri Masjid, to embrace Islam. Singh -- now named Muhammad Aamir -- has been spending the rest of his life by building mosques following the barbaric incident carried out by Hindu fanatics in the city of Ayodhya on December 6 in 1992.

Consumed by hate against Muslims, Balbir Singh was part of the Hindu fanatic mob that demolished the 16th-century Babri Mosque in the Indian city of Ayodhya on Dec. 6, 1992.

He was the first person to reach on top of the central dome, brandishing a hammer in his hand. After pulling down the mosque, he even took away a brick, to keep as a souvenir to placate his rancor and scorn against Muslims. 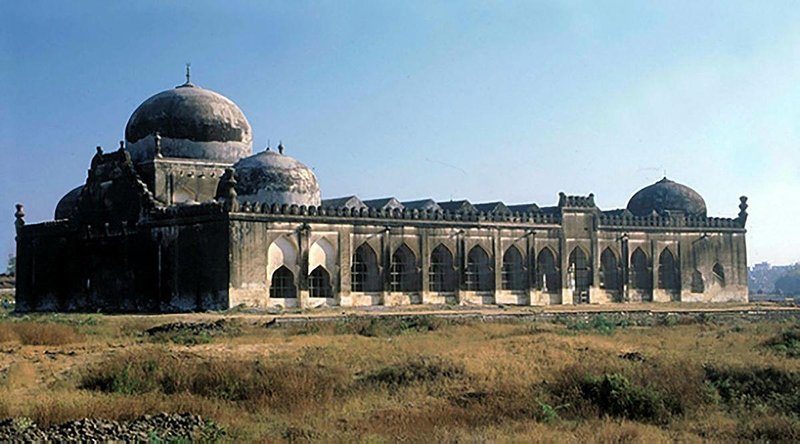 Soon after the demolition, Balbir along with another kar sevak (Hindu volunteers who demolished mosque) Yogendra Pal went into deep introspection. Six months later, they converted to Islam. Twenty-eight years later, Singh rechristened as Mohammed Amir, has already build 90 mosques. He had vowed to built 100 mosques to atone his participation in the demolition.

Talking to Anadolu Agency, Balbir Singh now Amir, said 28-years ago, he was consumed by hate, when he enthusiastically joined to demolish the mosque.

"I had pledged to build the temple in the name of Lord Ram at the site of Babri Mosque. After realizing blunder, I pledged to wash my sins, by constructing 100 mosques," he said. 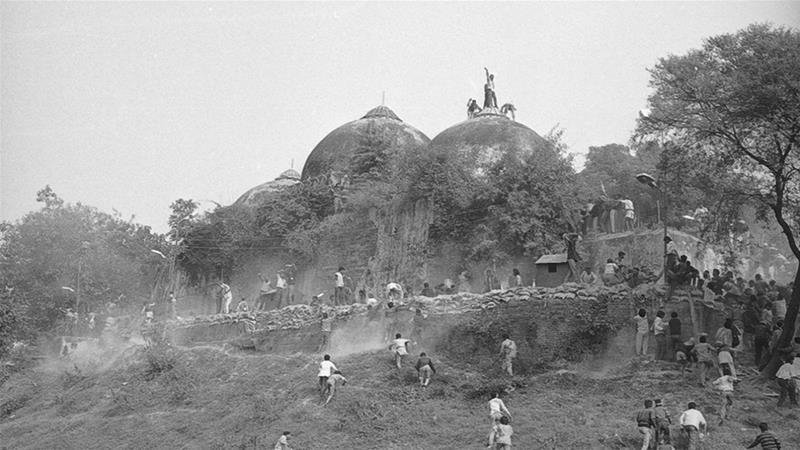 Inspired by Rashtriya Swayamsevak Sangh (RSS), patron of all Hindu radical outfits, Singh was a member of the political outfit Shiv Sena.

"I used to attend RSS drills and training programs regularly in the city of Panipat in the state of Haryana, adjoining national capital Delhi," he said. India's current ruling Bharatiya Janata Party (BJP) is believed to be the political wing of the RSS.

Recalling his journey, Singh said that he went into self-examination, soon after the demolition. "I came in contact with Maulana Kaleem Siddiqui through Yogendra Pal. His behavior and way of understanding led me to soul-searching. On June 1, 1993, I embraced Islam," he said.

Siddiqui is an Indian cleric, who runs an Islamic teaching center in Phulat village located in Khatauli tehsil of Muzaffarnagar district of Uttar Pradesh state.

Singh has now migrated to deep south in Hyderabad from the city of Panipat. He claims that over the past 28-years, he has already built or repaired 90 mosques all over India.

Born in a Hindu Rajput (upper caste) family in a small village near Panipat, Singh's father, a school teacher, was inspired by the philosophy of India's freedom icon Mahatma Gandhi, known for his theory of nonviolence.

"My father was upset with the bloodshed and large-scale violence, soon after India's independence and did his best to help the Muslims in the area. He had wished me and my brothers to follow his footsteps," said Singh.

His family had shifted from the village to the city of Panipat to continue education, where he started attending drills organized by the RSS. He later joined the Shiv Sena. He also started working with his brother in his loom business.

- RECALLING THE DAY OF DEMOLITION
Recalling the fateful day of Dec. 6, 1992, Balbir said the Hindu volunteers gathered all over India were afraid that the government may deploy the army to protect the mosque.

"There was no effective security around the mosque and that emboldened us. We were mentally prepared to destroy the mosque," he said.

Singh said that he was in the first batch of volunteers, who reached the city of Ayodhya, where Babri Mosque was located. "My group reached there on Dec. 1 and I was the first one, who climbed atop the central dome of the mosque, using tools to bring it down," he narrated.

"Our group from Panipat and the nearby city of Sonipat were the first, who charged towards the mosque using hammers and other tools to tear the dome down. After accomplishing the task, we were accorded hero's welcome, when we returned to Panipat," he recalled.

But, when Singh reached home, his family's reaction shocked him. "They condemned me. All the euphoria evaporated. I realized that I had done the wrong thing. I had taken law in my own hands and violated the Constitution of India," he added.

"I went into introspection. People thought I have lost mental balance. Finally, I decided to embrace Islam to give me peace of mind. Immediately, I started feeling better, "he said.

Today, Amir (formerly Balbir) is married to a Muslim woman and runs a school to spread Islamic teachings to a wide audience in the city of Hyderabad. He has built 90 mosques so far with his colleague Yogendra Pal.

Singh said that he is ready to face punishment for his involvement in the demolition of the Babri Mosque.

When asked about the Indian Supreme Court verdict in the Babri Mosque case, he said: "Muslims should now move forward and work towards improving the relationship with Hindu brothers. Allah is with us. We should only look to Him for our needs."