Gen. Mark Milley took the oath of office Monday to become the 20th Chairman of the Joint Chiefs of Staff as he hailed the U.S. Army as the best equipped in the world. The ceremony started with prayers and the new military chief took the oath on a Bible during an outdoor ceremony at the White House from his predecessor, Gen. Joseph Dunford.

"You can rest assured that I will always provide you informed, candid and impartial military advice," he said after being sworn in in Trump's presence.

A former ice hockey player, the 61-year-old Milley served in Iraq and Afghanistan and held major commands before becoming chief of staff of the army in 2015. 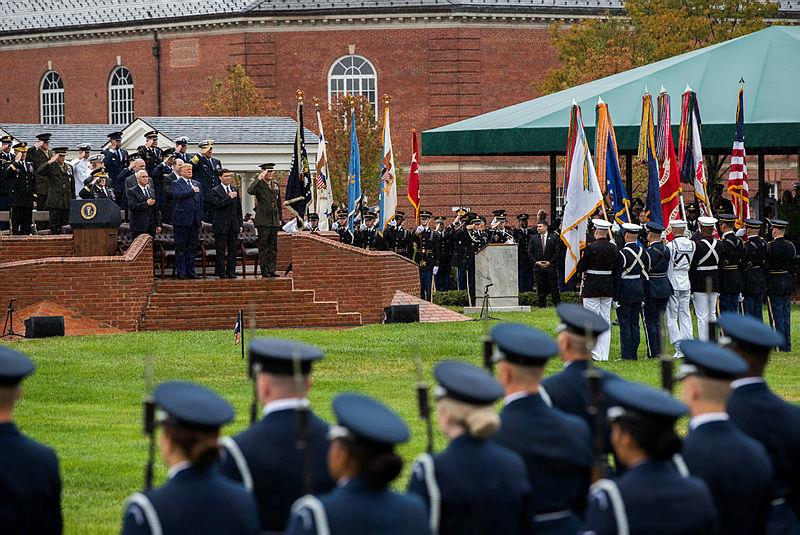 He is a graduate of Princeton University, earned a masters in international studies from Columbia University and attended MIT's National Security Studies Program.

He succeeds Marine General Joe Dunford, who was named chairman of the Joint Chiefs by former president Barack Obama in 2015 but kept by Trump for a second two-year term.

Milley benefits from a change in the law that extended the chairman's term to four years.

General James McConville replaced him as head of the army in August. 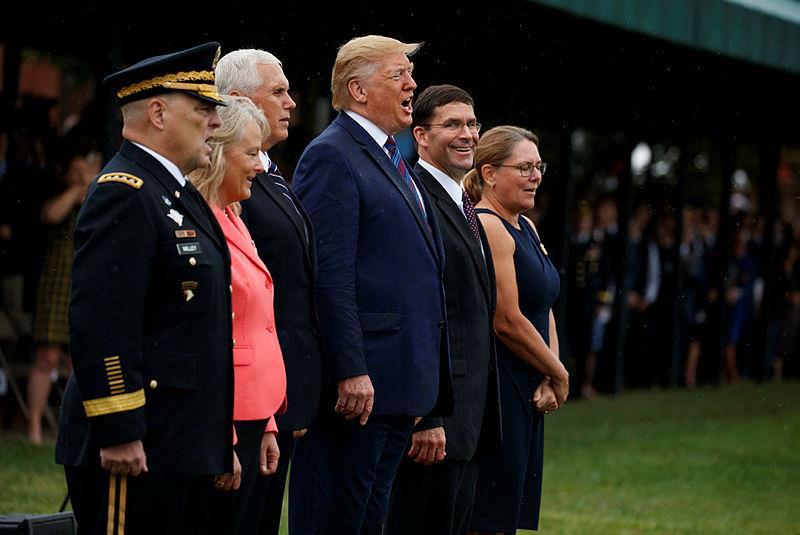 Trump is attending a rainy welcome ceremony for Milley at a military base in Arlington, Virginia. Trump says he's always heard that rain on a big event brings luck and tells Milley, "Mark, I think you're going to be the luckiest general in history."

The role of the Joint Chiefs chairman is to advise the president, defense secretary and the National Security Council on military issues. 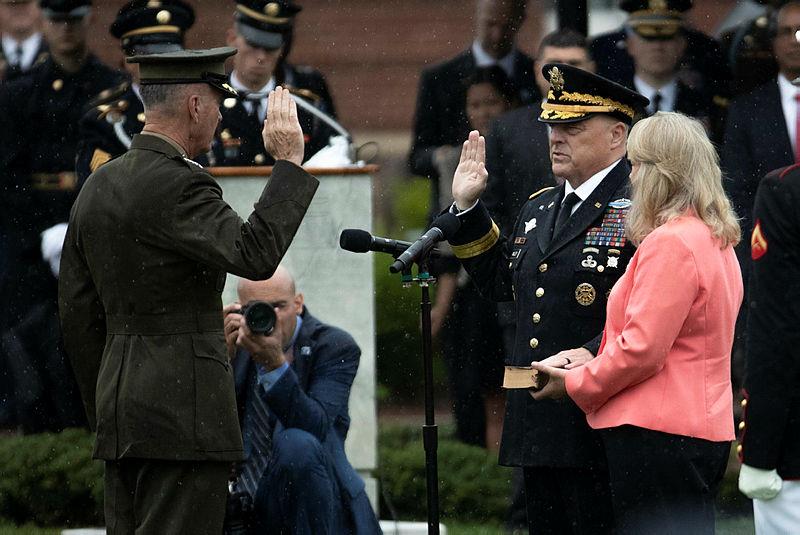 Trump also calls Milley his friend and adviser and says he "never had a doubt" about nominating Milley for the position.