"At a stand set up at the event, a racist man first verbally attacked our girls there, and then attacked our staff with a knife," Bekir Altaş -- the head of the Turkish-Muslim association IGMG -- told reporters as condemning the heinous attack that took place at a peaceful event organized to draw attention to racism and Islamophobia

An event meant to raise awareness of Islamophobia in Germany on Saturday was the scene of a violent attack, according to the head of the event organizer.

At the Support Diversity event in the southern city of Ulm, organized by the Turkish-Muslim association IGMG, a man shouted "I will kill you" in English and tried to attack women taking part in the event with a knife. 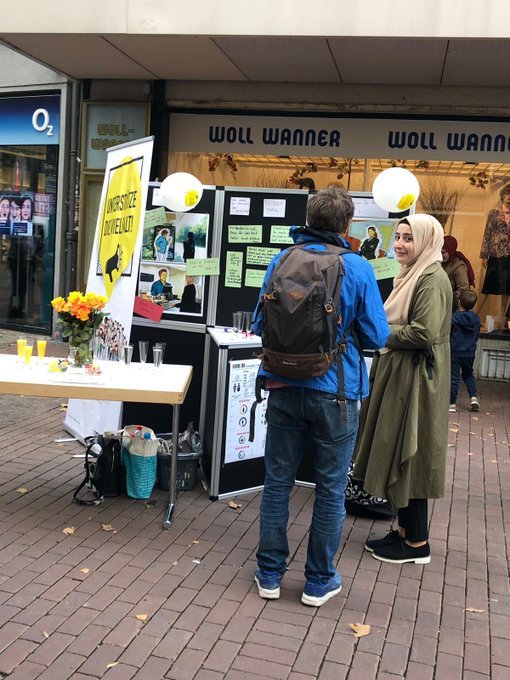 The attack was blocked at the last second, and apparently no one was hurt.

Bekir Altaş, head of the IGMG, condemned the attack coming at a peaceful event organized to draw attention to racism and Islamophobia.

At a stand set up at the event, the man "first verbally attacked our girls there, and then attacked our staff with a knife," he told Anadolu Agency.

Altaş added that the attacker had been taken into custody and that police are investigating the incident.

Germany, a country of over 81 million people, has the second-largest Muslim population in Western Europe after France. Among the country's nearly 4.7 million Muslims, 3 million are of Turkish origin.