Hundreds of children in Pakistan's capital Islamabad held a sit-in protest on Wednesday in front of the parliament house to show solidarity with Kashmiri children.

The rally started from Pakistan Sweet Homes, a centre of orphan children in Islamabad, and walked to parliament house where the children staged the protest and chanted slogans to lift restrictions in Indian-administered Jammu and Kashmir.

They carried banners with slogans such as "We stand united with them, Kashmiri children deprived from education and health," and "Kashmir is bleeding". 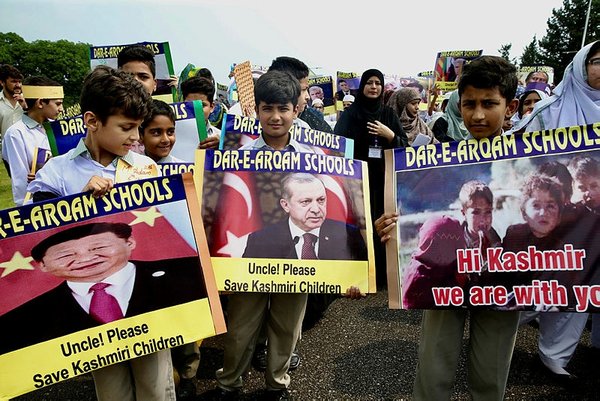 "We are here to show solidarity with Kashmiri children who are under detention for the last 51 days," Salman Rafique, a boy of Pakistan Sweet Home told Anadolu Agency.

World should save the children in Jammu and Kashmir, he added.

In a unique display of solidarity with the children of Indian-administered Kashmir, the Pakistani children were demanding to lift the curfew and open their schools.

"For the last 51 days, the schools are closed, children are in an open prison with their parents and all rights of children have been snatched by the Indian government," Zammurrad Khan, director of Pakistan Sweets Home told reporters.

Kashmiri children are facing the worst situation and the Pakistani children stands behind them, he added. 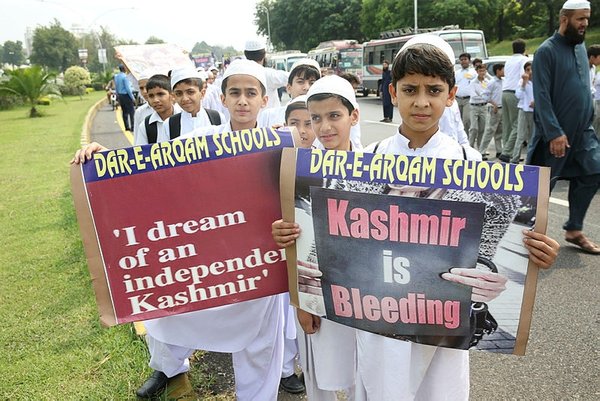 Pakistan Sweet Homes is a welfare organization, striving to support the children who have lost their parents particularly in the wake of acts of terrorism, due to the onslaught of floods and other natural causes.

The children asked world's child rights organizations to raise voice for children in Jammu and Kashmir and restore their rights.

The India-administered region has been facing a clampdown since Aug. 5, when the Indian government revoked Article 370 of the Indian constitution, which conferred a special status on it.

Hundreds of people, mostly political leaders, have been detained or arrested by authorities since the Indian government made the move, according to several rights group, including Amnesty International and Human Rights Watch.

Indian authorities, however, claim that daytime restrictions have been lifted in 90% of the region.