Millions of people have marched across the globe in the largest climate protest to call their governments to take urgent action for what the environmentalist groups and activist describe as the most urgent problem to be tackled. Hundreds of thousands of protesters, mostly young people and their parents took to the streets in major cities across the world.

Hundreds of thousands of students, office workers and other protesters took to the streets around the world on Friday to demand global leaders gathering for a U.N. climate summit take urgent action to avert an environmental catastrophe.

The global climate strike kicked off in the Pacific islands - some of the nations most threatened by rising sea levels - and followed the rising sun through Australia, Japan, Southeast Asia and into Europe, Africa and the Middle East. 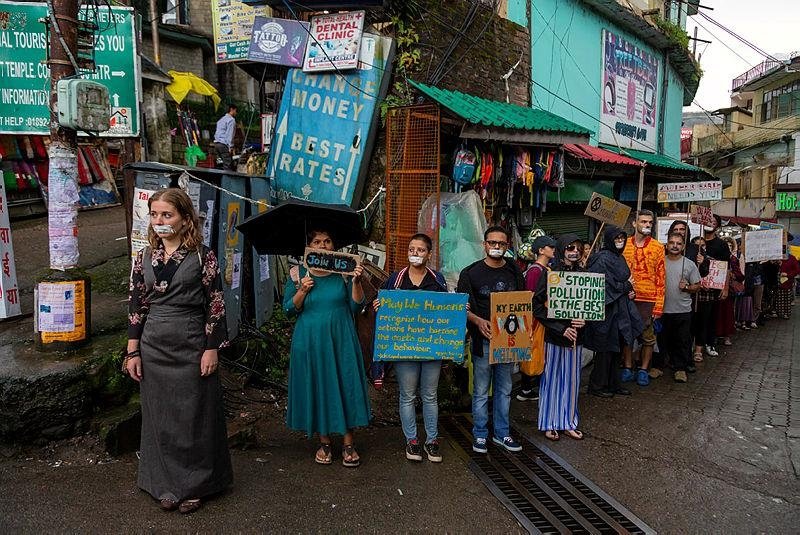 Social media posts showed scores of demonstrations, ranging from a few dozen primary school children in Abuja, Nigeria, to tens of thousands of people in cities from Hamburg, in Germany, to Melbourne, Australia.

Greta Thunberg, the 16-year-old Swedish activist who has inspired the movement, noted in a tweet the "huge crowd" in Sydney, which she said would set the standard for strikes and protests planned in about 150 countries. 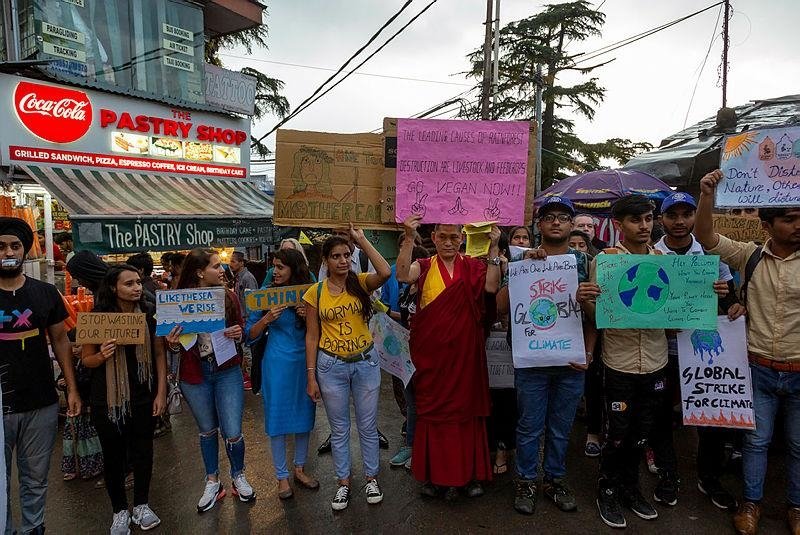 "Our future on your shoulders," read one banner stretched across a street by students in Berlin.

"Our oceans are rising, so are we," was a popular slogan on placards, including one carried by a student in school uniform in Melbourne and another by a girl wearing a facemask in Kolkata, in eastern India.

The protesters are calling on governments to take immediate action to limit the harmful effects of manmade climate change. 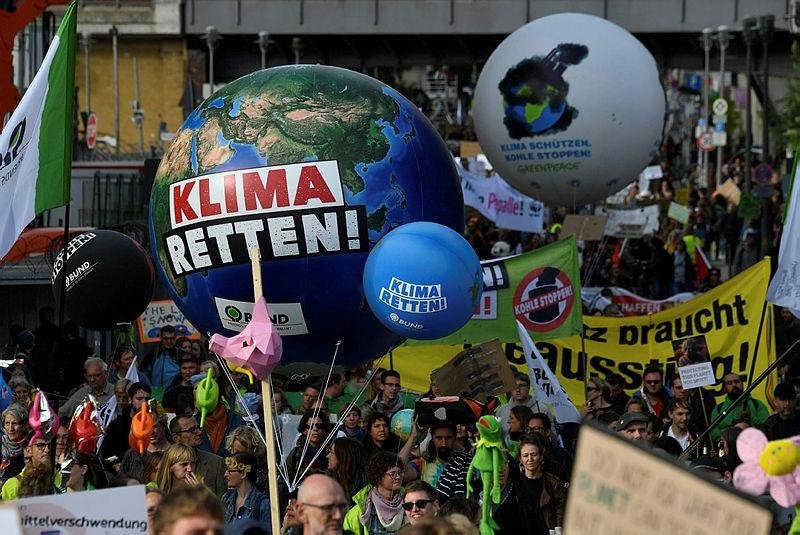 The strike will culminate in New York when Thunberg, who has been nominated for a Nobel Peace Prize for her climate activism, will spearhead a rally at the United Nations headquarters.

Danielle Porepilliasana, a Sydney high school student, had a blunt message for politicians such as Australian Finance Minister Mathias Cormann, who told parliament on Thursday that students should stay in class. 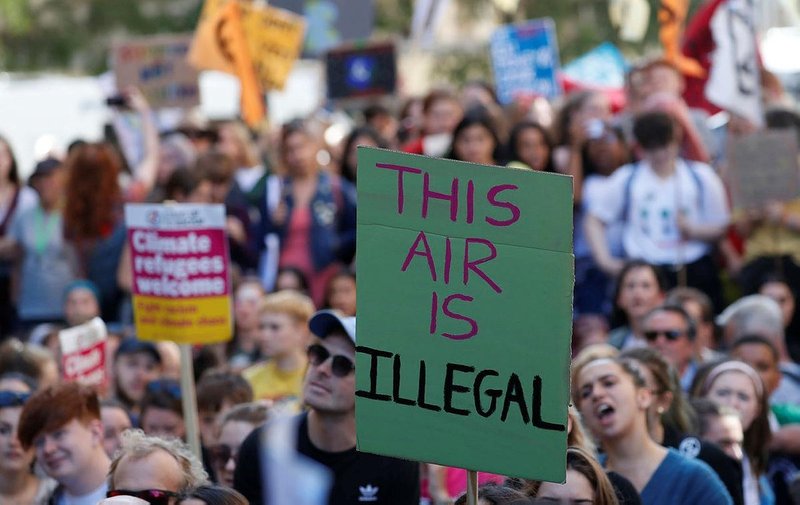 "World leaders from everywhere are telling us that students need to be at school doing work," she said, wearing anti-coal earrings. "I'd like to see them at their parliaments doing their jobs for once."

The issue is vital to low-lying Pacific islands, which have repeatedly asked wealthier nations to do more to prevent rising sea levels. 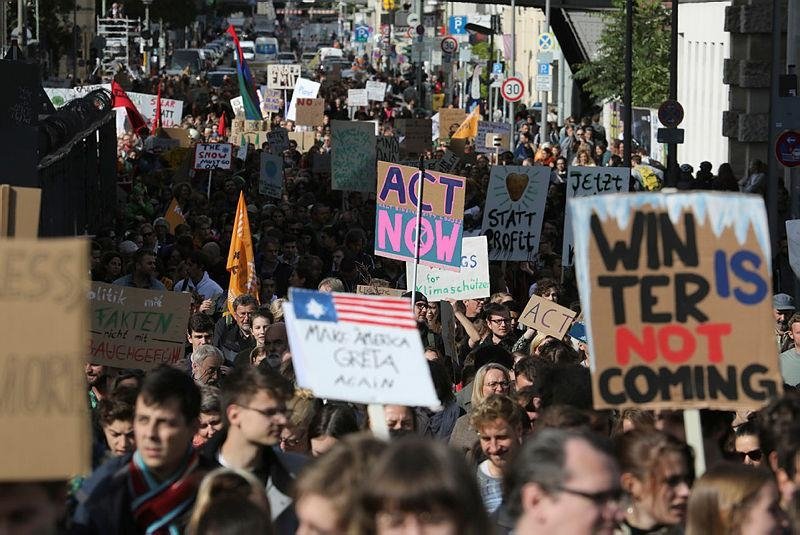 As Friday's day of action got underway across scattered Pacific communities, students holding placards in Kiribati chanted: "We are not sinking, we are fighting". Children in the Solomon Islands rallied on the shoreline wearing traditional grass skirts and carrying wooden shields.

Hours later in Thailand, more than 200 young people stormed the Environment Ministry and dropped to the ground feigning death.

"This is what will happen if we don't stop climate change now," said 21-year-old strike organiser Nanticha Ocharoenchai. 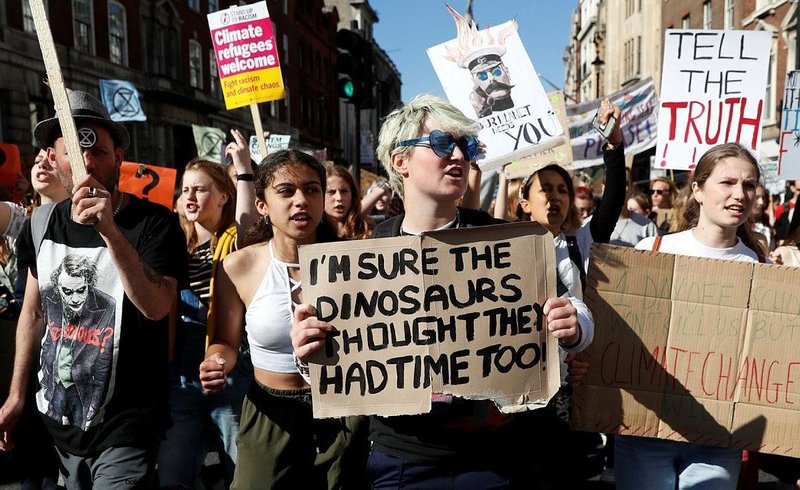 The protest movement is putting increasing pressure on both governments and companies to respond.

Online retail giant Amazon.com Inc pledged on Thursday it would be net carbon neutral by 2040.

Cutting emissions is a challenging goal for Amazon, which delivers 10 billion items a year and has a massive transport and data centre footprint. "We know we can do it and we know we have to do it," Chief Executive Officer Jeff Bezos said. 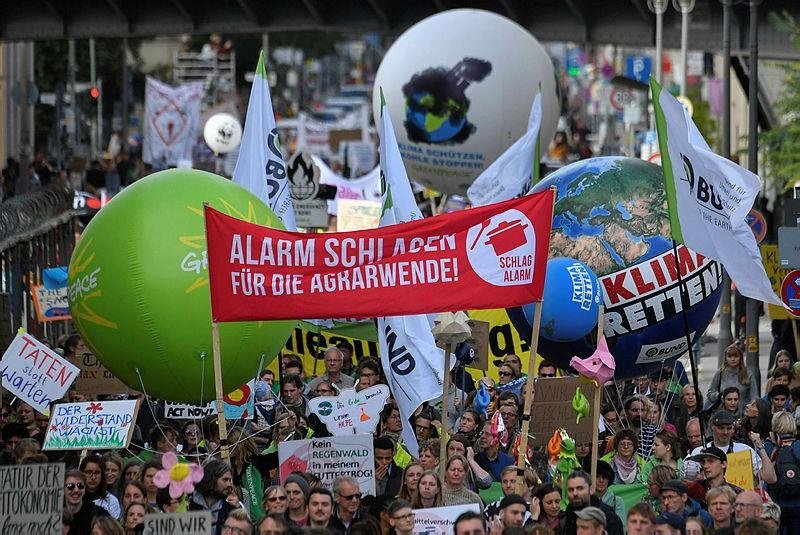 Environmental advocacy group Greenpeace USA welcomed the commitment, but a spokesman said the company lagged peers Google, Apple and Facebook in transparency around its renewable projects.

Some of the company's workers from the group Amazon Employees for Climate Justice plan to join marches on Friday.

In Europe, German Chancellor Angela Merkel unveiled a major new climate protection package thrashed out by parties in her coalition in all-night talks. 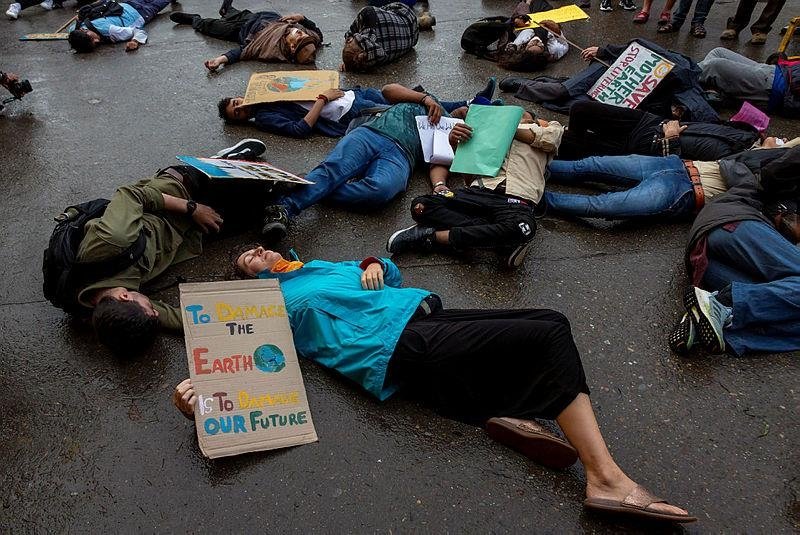 Meanwhile, on the streets of the capital, crowds gathered at the Brandenburg Gate, where three activists stood on blocks of ice beneath a mock gallows.

"A lot of people support our movement but we want to go a step further because politicians decide on our future," said Janik Oswald, a German spokesman for Fridays For Future, the school strike movement started by Thunberg in Sweden last year. "We urgently demand that something happens." 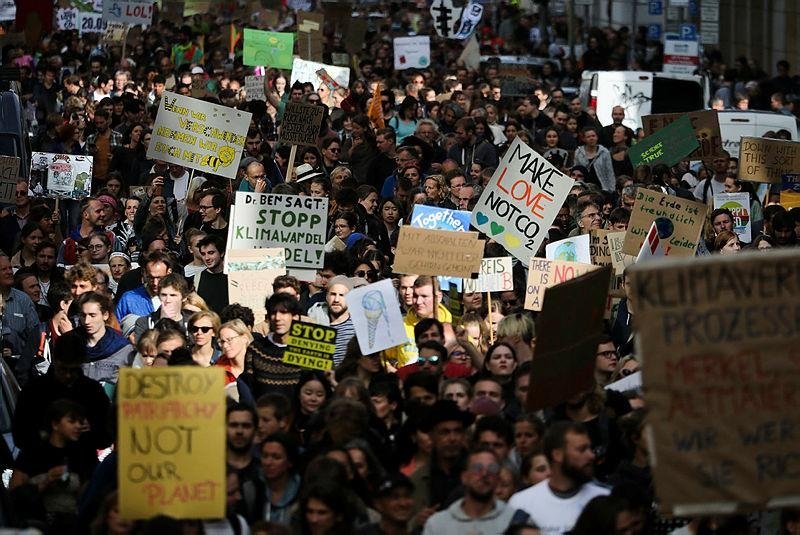 Carbon emissions climbed to a record high last year, despite a warning from the U.N.-backed Intergovernmental Panel on Climate Change in October that output of the gases must be slashed over the next 12 years to stabilise the climate. 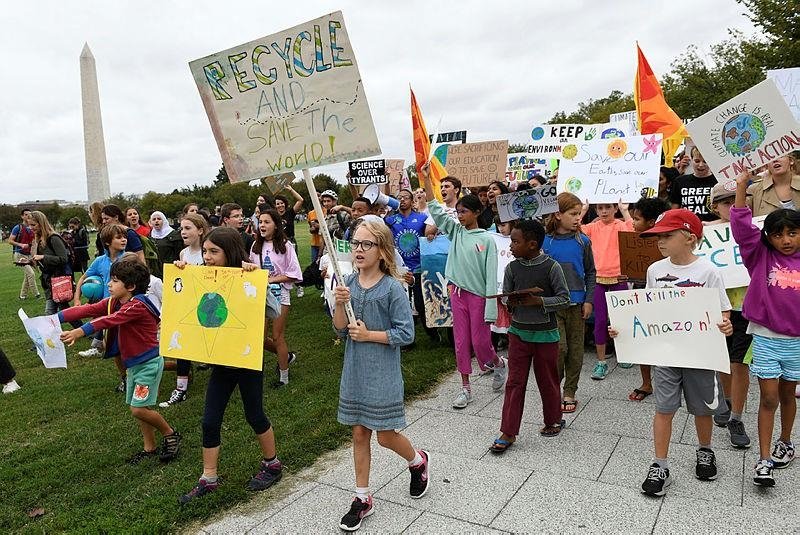 Organisers said demonstrations would take different forms around the world, but all aim to promote awareness of climate change and demand political action to curb contributing factors.

In India's financial capital Mumbai, battered this year by a heavier-than-usual monsoon that caused flooding, children from at least 10 schools joined protests throughout the day. 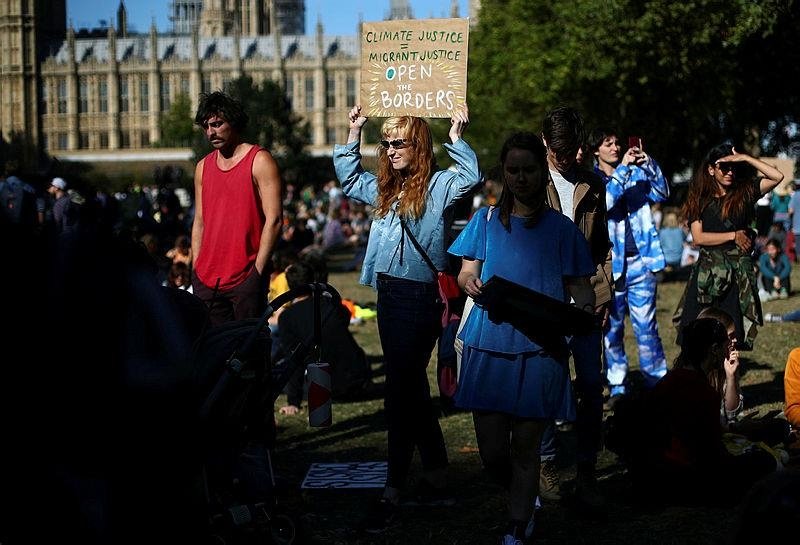 By early afternoon across Europe, the Middle East and Africa, crowds had gathered in many cities, including London, Paris, Brussels, Berlin, Warsaw, Stockholm, Helsinki, Beirut, Nairobi and Cape Town.

"We are skipping our lessons to teach you one," read a placard carried by a student in London.