"They try to isolate diplomatically, they try to strangulate economically, they’re trying to strangulate our water resources – and water automatically will have an impact on your economy, your agriculture and your irrigation," Muzammil Hussain, chairman of the Water and Power Development Authority (WAPDA), said in a statement as charging rival country India with using water as a weapon in the Kashmir crisis.

Accusing India of waging "fifth-generation warfare", Pakistan said on Monday New Delhi had failed to inform it about the release of water from a dam that could cause flooding across the border.

Relations between the neighbours, already hostile, have been deeply strained over India's decision this month to revoke the special status of its portion of the Kashmir region that both countries claim. Pakistan reacted with fury, cutting transport and trade links and expelling India's ambassador in retaliation.

Islamabad said the unexpected release of water into the River Sutlej that flows from India to Pakistan was part of an attempt by New Delhi to flout a longstanding treaty between the countries. 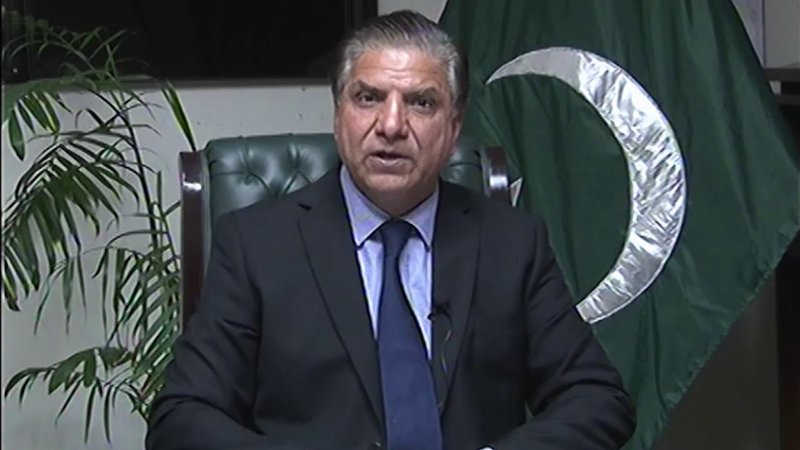 "They try to isolate diplomatically, they try to strangulate economically, they're trying to strangulate our water resources – and water automatically will have an impact on your economy, your agriculture and your irrigation," Muzammil Hussain, chairman of the Water and Power Development Authority (WAPDA), told Reuters.

India was using its position upstream to wage "fifth-generation warfare" on the country, said Hussain, whose government agency is responsible for water in Pakistan.

Pakistani emergency authorities were preparing for minor flooding in several areas in Punjab state on Monday as a result of the unexpected rise in water flow, though it was not clear if any had occurred.

Spokesmen for India's water ministry and foreign ministry did not respond to requests for comment.

An Indian government official familiar with the matter said release of water was a "routine exercise" during the monsoon season, and that the amounts involved did not require disclosure under the treaty between the two countries.

However, the official added that poor relations between the two countries has affected information sharing.

"It was goodwill on our part that we used to share that information ... those days are gone," the official said.

India and Pakistan have long argued over water resources.

A World Bank-mediated arrangement known as the Indus Water Treaty splits the Indus River and its tributaries - which 80 percent of Pakistan's irrigated agriculture depends on - between the countries.

India, which lies upstream, threatened in February to stop sharing excess water with Pakistan after a suicide bomb attack by a Pakistan-based militant group in Kashmir that killed 40 Indian paramilitary police.

Hussain said Indian Prime Minister Narendra Modi had "threatened very clearly that he could stop water to Pakistan. He couldn't care less of (for) the treaties".

In 2016, after suspending a meeting on the Indus Water Treaty, Modi told government officials that "blood and water cannot flow together".

India says a programme of maximising its water usage by building hydroelectric plants is in line with the treaty.