The death toll from a late-night suicide bombing at a crowded wedding party in the Afghan capital rose to at least 63 on Sunday, including women and children, officials said. It was the deadliest attack in Kabul this year.

Another 182 civilians were wounded in the Saturday night explosion, government spokesman Feroz Bashari said. Interior Ministry spokesman Nusrat Rahimi confirmed the casualty toll as families began to bury the dead. Some helped to dig graves with their bare hands.

Kabul residents were outraged as there appears to be no end to violence even as the United States and the Taliban say they are nearing a deal to end their 18-year conflict, America's longest war. 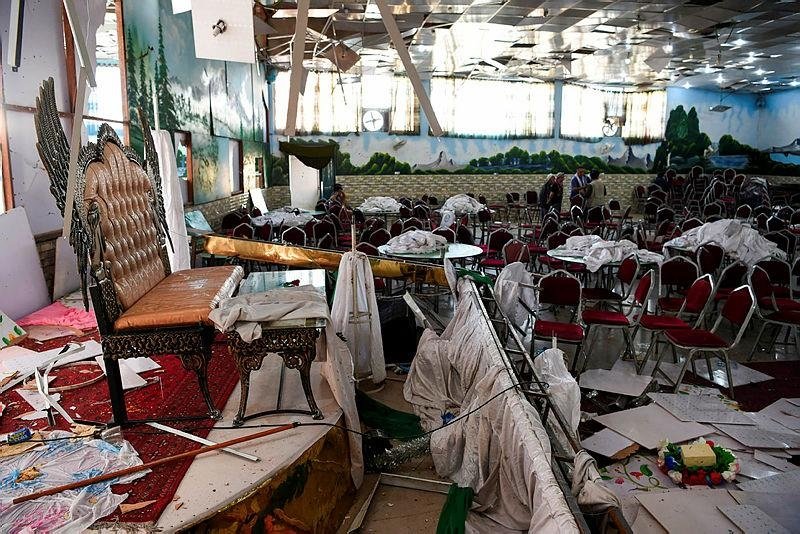 The Taliban condemned the attack as "forbidden and unjustifiable" and denied any involvement, leading many to suspect the Daesh's local affiliate in Afghanistan in the attack. Both the Taliban and Daesh have carried large-scale attacks in the Afghan capital in the past.

The blast occurred in a western Kabul neighborhood that is home to many of the country's minority Shiite Hazara community. Daesh has claimed responsibility for many attacks targeting Shiites in the past. 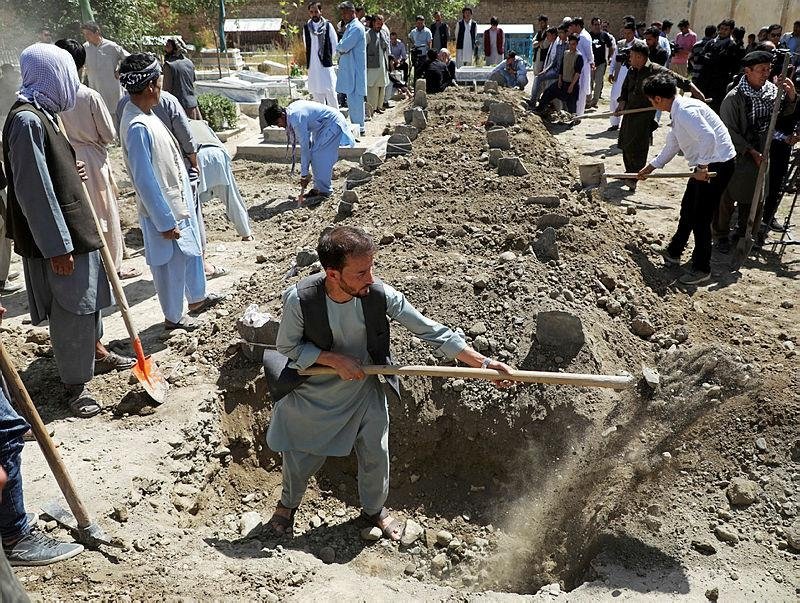 The bomber detonated his explosives near the stage where musicians were playing and "all the youths, children and all the people who were there were killed," said eyewitness Gul Mohammad.

Ahmad Omid, a survivor, said about 1,200 guests had been invited to the wedding of his father's cousin.

"I was with the groom in the other room when we heard the blast and then I couldn't find anyone," he said. "Everyone was lying all around the hall."

Amid the carnage were blood-covered chairs, crushed music speakers and a pile of abandoned shoes. 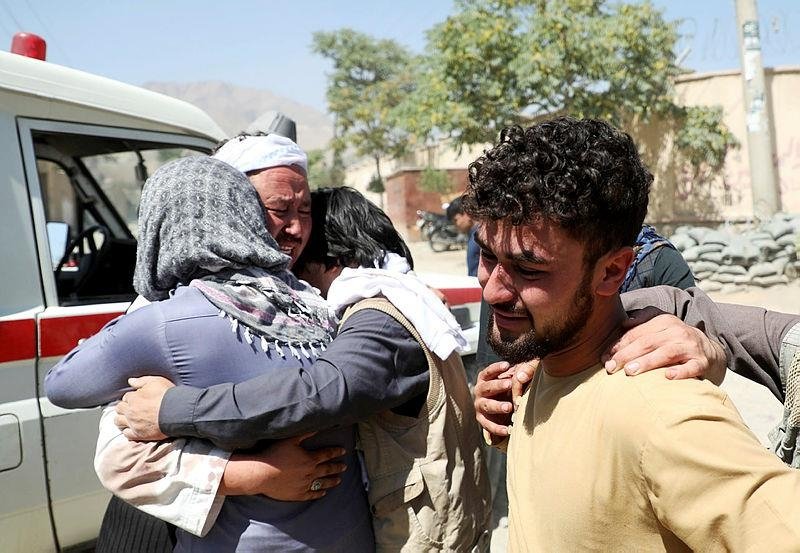 The blast at the hall, known as Dubai City wedding hall, shattered a period of relative calm in Kabul. On Aug. 7, a Taliban car bomb aimed at Afghan security forces detonated his explosives on the same road, killing 14 people and wounding 145 — most of them women, children and other civilians.

Kabul's huge, brightly lit wedding halls are centers of community life in a city weary of decades of war, with thousands of dollars spent on a single evening.

"Devastated by the news of a suicide attack inside a wedding hall in Kabul. A heinous crime against our people; how is it possible to train a human and ask him to go and blow himself (up) inside a wedding?!!" presidential spokesman Sediq Seddiqi said in a Twitter post.

Messages of shock poured in on Sunday. "Such acts are beyond condemnation," the European Union mission to Afghanistan said. "An act of extreme depravity," U.S. Ambassador John Bass said. 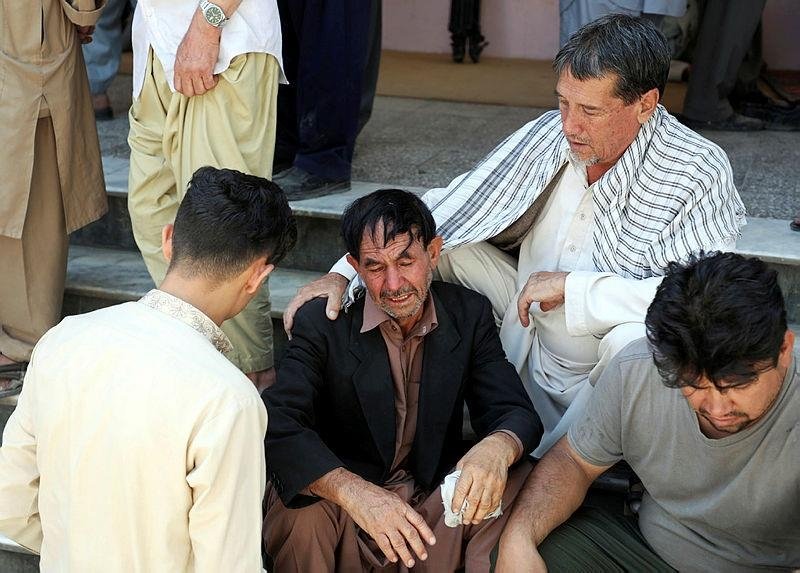 The wedding halls also serve as meeting places, and in November, at least 55 people were killed when a suicide bomber sneaked into a Kabul wedding hall where hundreds of Muslim religious scholars and clerics had gathered to mark the birthday of the Prophet Muhammad. The Taliban denied involvement in that attack, and IS did not claim responsibility.

Saturday night's explosion came a few days after the end of the Muslim holiday of Eid al-Adha, with Kabul residents visiting family and friends, and just ahead of Afghanistan's 100th Independence Day on Monday. The city, long familiar with checkpoints and razor wire, has been under heavier security ahead of the event.

The blast also comes at a greatly uncertain time in Afghanistan as the U.S. and the Taliban appear close to a deal on ending the war. The Afghan government has been sidelined from those discussions, and presidential spokesman Seddiqi on Saturday said his government was waiting to hear results of President Donald Trump's meeting Friday with his national security team about the negotiations. 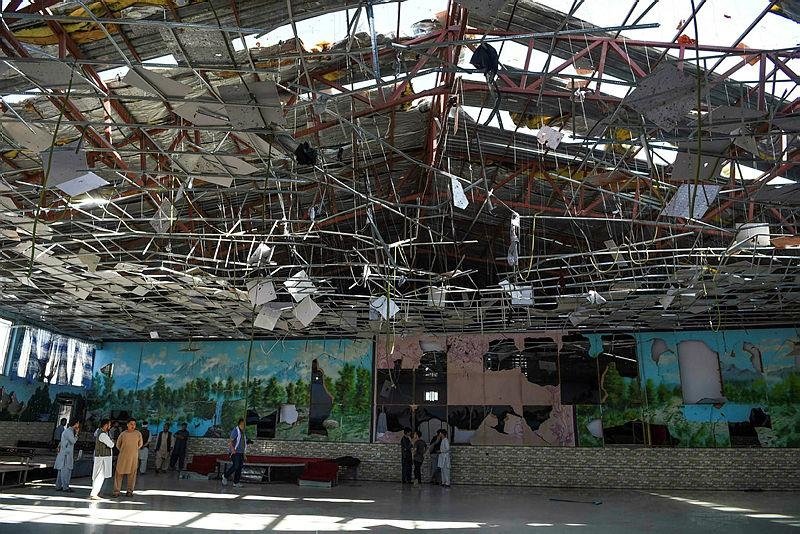 Top issues include a U.S. troop withdrawal and Taliban guarantees they would not allow Afghanistan to become a launching pad for global terror attacks.

But many Afghans fear that terror attacks inside the country will continue, and their pleas for peace — and for details on the talks — have increased in recent days.

"Taliban cannot absolve themselves of blame, for they provide platform for terrorists," President Ashraf Ghani said Sunday on Twitter, declaring a day of mourning and calling the attack "inhumane.'

Frustration at the authorities has also grown.

"We want the government to stop arguing about power and act like a human being to bring peace to this country," a worker at the wedding hall, Hajji Reza, said Sunday.