Protests held in New York in solidarity with Uighurs

Protests were held on Saturday in front of Chinese mission in New York against Beijing's oppression of the Uighur Turks in East Turkestan.

Organized by the Islamic Community National View (IGMG), the protest gathered Turkish people as well as Uighur Turks living in the U.S. to show solidarity with Uighurs.

Gathered in front of the consulate building in Manhattan, the crowd carried Turkish and East Turkestan flags and chanted slogans such as "Freedom to East Turkestan," "Stop killing Uighurs". 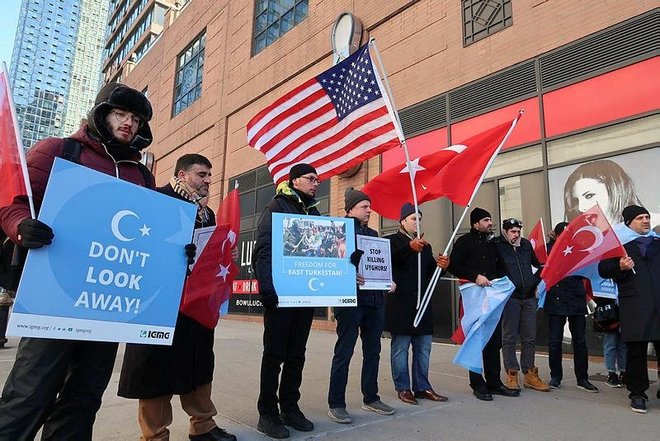 Ayhan Ozmekik, head of IGMG in the U.S., told the crowd that they met to condemn the Chinese government's oppression to the Uighur Muslims.

He also mentioned about Saturday's demise of Uighur poet and musician Abdurehim Heyit, stating the prominent singer "was arrested unjustly and martyred in the prison."

"We condemn this abominable incident, which is a bitter reflection of China's policy of assimilation and persecution in East Turkestan," Ozmekik added.

The nonprofit organization also called on leaders around the world not to remain silent on the issue. 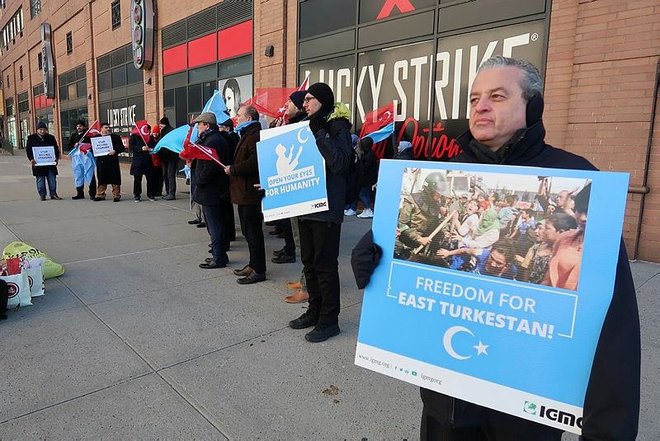 Head of the World Uyghur Congress Dolkun Isa, who was in New York to attend a human rights conference, told Anadolu Agency that human rights violations in East Turkestan have been continuing for many years.

He called on the UN, the U.S., Turkey and other countries to apply pressure on Chinese authority to end its persecution of Turkic Muslim minority in the Xinjiang Uyghur Autonomous Region.

Earlier on Saturday, Turkey urged the Chinese authorities to respect the fundamental human rights of Uighur Turks and shut down concentration camps. 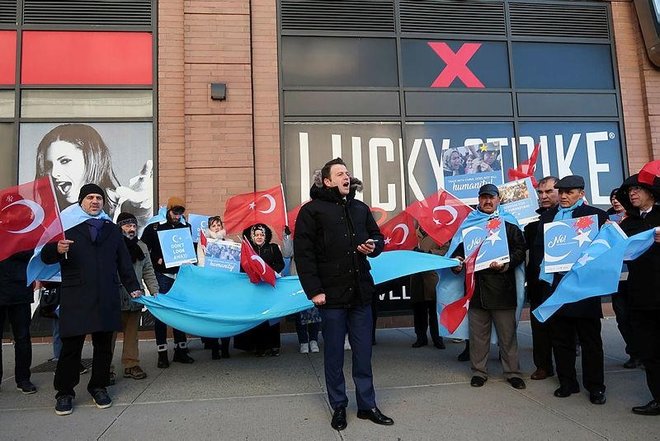 "It is no longer a secret that more than one million Uighur Turks incurring arbitrary arrests are subjected to torture and political brainwashing in internment camps and prisons," Turkish Foreign Ministry Spokesman Hami Aksoy said in a statement.

"Uighurs who are not detained in these camps are under heavy pressure.

"Our kinsmen and citizens of Uighur origin living abroad cannot get news from their relatives in the region. Thousands of children have been removed from their parents and became orphans," he added.

Turkey also called on the international community and the UN Secretary-General "to take effective measures in order to bring to an end this human tragedy in Xinjiang," according to the statement. 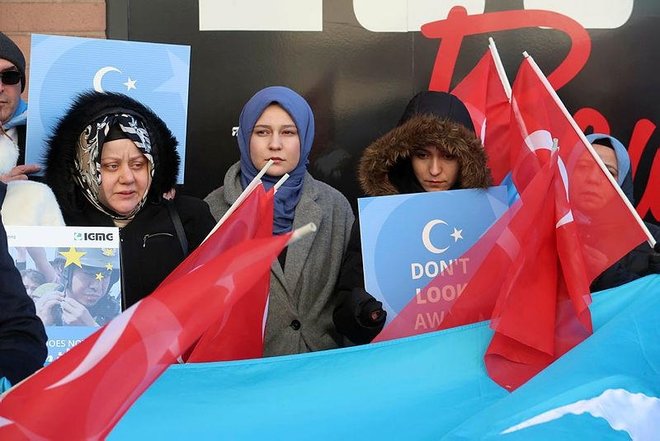 China's Xinjiang region is home to around 10 million Uighurs. The Turkic Muslim group, which makes up around 45 percent of Xinjiang's population, has long accused China's authorities of cultural, religious and economic discrimination.

China stepped up its restrictions on the region in the past two years, banning men from growing beards and women from wearing veils and introducing what many experts see as the world's most extensive electronic surveillance program, according to The Wall Street Journal.

Up to 1 million people, or about 7 percent of the Muslim population in Xinjiang, have been incarcerated in an expanding network of "political re-education" camps, according to U.S. officials and UN experts.