A Turkish NGO has built neighborhoods with at least 1,500 bamboo houses for Rohingya Muslims in Bangladesh's Cox's Bazar district.

Hamit Kunt, coordinator at the Deniz Feneri Association in capital Ankara, told Anadolu Agency on Monday that they finished the construction of 1,600 houses as well as 700 water wells and over 10 masjids in three neighborhoods for Rohingya refugees.

The association set up neighborhoods to improve the conditions of the Rohingya. Kunt said there are nearly 3 million Rohingya Muslims around the world and half of the figure lives in Cox's Bazar camps.

Kunt said the Turkish NGO has been continuously helping the Rohingya refugees in the fields of nutrition, water, education, accommodation and worship. 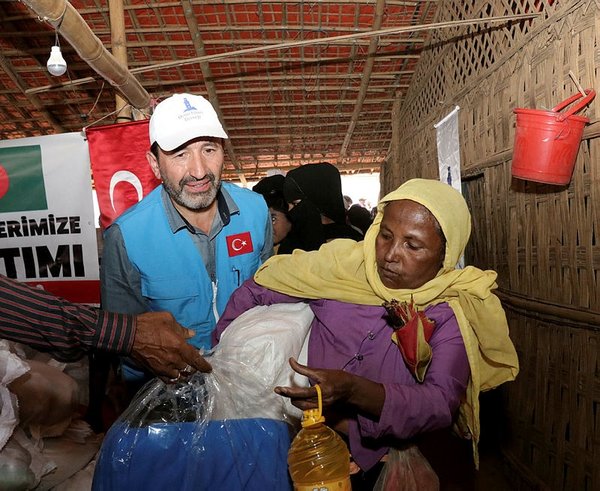 Bamboo was chosen as the raw material for the houses for its durability and each house was constructed on a 20 square meters (215 square feet), he said.

With their new homes, Rohingya refugees in Cox's Bazar will be able to protect themselves from fierce winter conditions as heavy rainfall and storms usually dominate Bangladesh during the monsoon season. 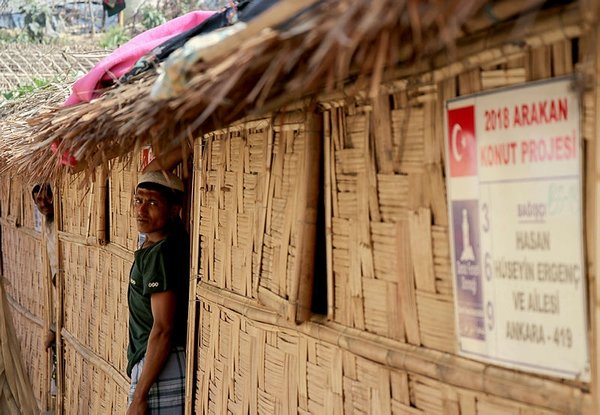 Separately, the association distributed meat to 1,350 families in the camp as well as food packages and blankets.

According to Amnesty International, more than 750,000 Rohingya refugees, mostly women and children, have fled Myanmar and crossed into Bangladesh after Myanmar forces launched a crackdown on the minority Muslim community in August 2017.

Since Aug. 25, 2017, nearly 24,000 Rohingya Muslims have been killed by Myanmar's state forces, according to a report by the Ontario International Development Agency (OIDA).

More than 34,000 Rohingya were also thrown into fires, while over 114,000 others were beaten, said the OIDA report, titled "Forced Migration of Rohingya: The Untold Experience."

Some 18,000 Rohingya women and girls were raped by Myanmar's army and police and over 115,000 Rohingya homes were burned down and 113,000 others vandalized, it added.

In a report, UN investigators said such violations may have constituted crimes against humanity.